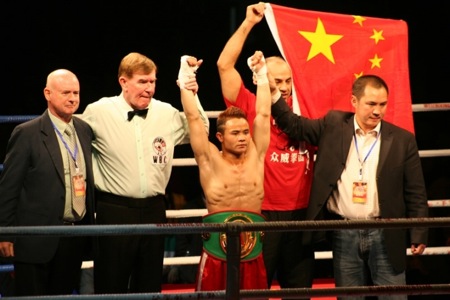 China is not known for producing world champion boxers, but Yunnan native Xiong Chaozhong (熊朝忠) isn't treating that as an impediment.

Last time GoKunming checked in with the 29-year-old light flyweight boxer, he was preparing to fight Japanese boxer Yasuaki Satou in what was expected to be tough bout.

Xiong, an ethnic Miao from Wenshan prefecture ground through that July fight and won by a close decision, propelling him into the world rankings. At 15-3-0 he is now ranked 23rd in the world among light flyweights by the World Boxing Council (WBC), 11th by the World Boxing Organization and among the top ten by the International Boxing Federation.

Xiong, who fought his last match at a weight of 107 and 3/4 pounds (48.9kg), is now eyeing a chance to challenge one of the world titleholders. To this end he will fight this coming weekend at Kunming Municipal Stadium against Pongpan Patanakan (10-4-1) of Thailand, in hopes of capturing the WBC Asian title, improving his rankings and drawing more attention from the international boxing community.

The team of Xiong, Darwish and trailblazing Chinese boxer/promoter Liu Gang hope to eventually drum up enough financial backing in Kunming to be able to bring a current world champion light flyweight here for a title match. 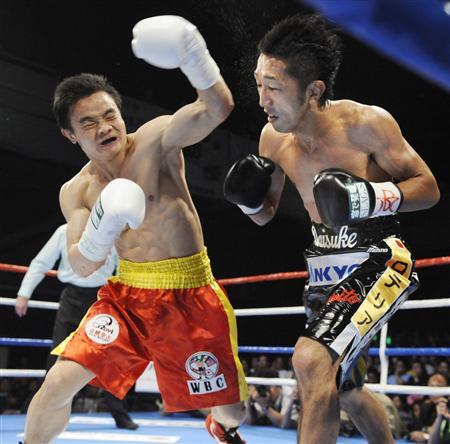 Xiong fighting Daisuke Naito in Tokyo in May

Xiong's fight next Saturday, December 18 is part of the World Boxing Council's Asian Boxing Championships, which will also includes three other bouts, listed below.

where will the fight be held

...."Kunming Municipal Stadium" according to the article.
Will someone kindly post the result of the fight once know?