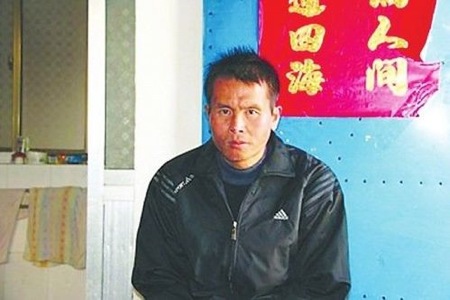 A dozen years ago a security guard from a village in Jiangsu province disappeared without a trace while en route to Yunnan to meet his prospective bride for the first time.

Family members had come to believe that the man, Yuan Hongping (袁宏平), was dead—before he resurfaced last month in a village in Yunnan's Dali prefecture. He brought with him an unsettling explanation for his disappearance, one that echoes past scandals in Yunnan and elsewhere in China: he said that he had spent the previous 12 years as a slave laborer in an illegal brick factory in the area.

The story begins in 1998 in a hamlet in Jurong City in China's eastern Jiangsu province where Yuan, 28 years old and still unmarried, was employed as a security guard. There he was acquainted with a woman married into a local family who was originally from Yunnan.

On the eve of a trip back to Yunnan, the woman suggested to Yuan's family that he accompany her in order to meet a niece of hers and see if they would be a good match for marriage. Yuan's parents eagerly obliged and the two soon departed together on a train bound for Yunnan.

During a transfer in Chengdu, however, Yuan disappeared and was not seen again until October 27 of this year when he wandered emaciated, disfigured and largely incoherent into Yongcui Village in Dali's Nanjian County, about 240 kilometers due east of Kunming.

Yuan's account of what happened between has been widely disseminated and discussed on the Chinese Internet since it was first published last week in a piece by the Yangzi Evening Post in Jiangsu.

He says that while he was waiting outside the Chengdu train station for his traveling companion to buy tickets for the onward journey to Yunnan he was approached by a group of men. They hustled him into a minivan, tied him up and drove him a long distance, eventually depositing him at a brick in factory in a rural area of Yunnan.

He said he was then forced to do hard labor at that and various nearby brick factories for the next 12 years. He tried to escape several times, but was caught and beaten by overseers.

It was only in October, after he developed disfigurement in his legs that left him unable to work, that one of his overseers drove him into the countryside and dropped him off.

He was eventually reunited on November 2 with his family in Jiangsu after walking into Yongcui Village in Nanjian County, Dali in search of food and being detained and questioned by police.

Family members say that Yuan returned covered in scars, ill-nourished and with an overwhelming fear of strangers. He will often kneel to people he doesn't know and cry "don't hit me, don't hit me."

Police from Nanjian County told a reporter from the Yangzi Evening Post that they have so far been unable to locate any unlicensed kilns in the area. This is the second high-profile case of slave labor at illegal brick kilns in Yunnan in the past six months, after police broke up a slave labor operation in Shilin in June.

Yuan's case, which has been widely republished on Chinese Internet portal sites, also echoes revelations in 2007 of pervasive use of slave labor, including child slaves, at hundreds of illegal brick kilns in Shanxi province.

"This is horrifying," wrote an anonymous commenter in Chinese about Yuan's story. "It's hard to believe that something like this could still happen in the 21st century."

But perhaps the most horrifying thing about Yuan's ordeal is that it actually began in 1998—in the 20th century.

Hunt the animals down and kill them all. No need for a trial.