By Chris Horton in Features on November 9, 2010 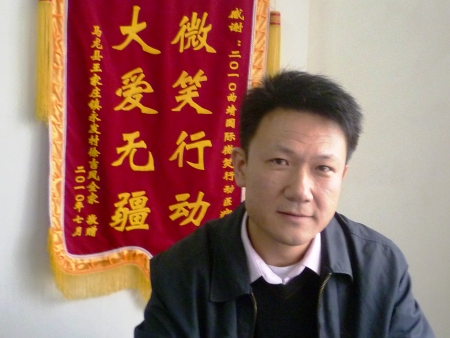 Plastic surgeons are often thought of as luxury-car driving servants of the wealthy, but there are some who choose to use their highly marketable skills to help the poor and deformed.

Many of these doctors work or volunteer for Operation Smile, a non-governmental organization operating worldwide that provides free operations for children and some adults suffering from cleft lips and palates. Cleft lip (cheiloschisis) and cleft palate (palatoschisis) are failures of the lip or palate to fuse before birth. They often occur together in an individual, and cause difficulty with basic biological and social functions.

Dr Wang Xiaowei (王晓卫) is the general manager of Operation Smile's Kunming office, which was established last year. Wang, a native of Dezhou, Shandong and long-term Kunming resident, has been involved with Operation Smile since 1999. In addition to performing surgeries on medical missions in Yunnan and around China, he is overseeing the opening of its second medical center in China, which is expected to open around year end. 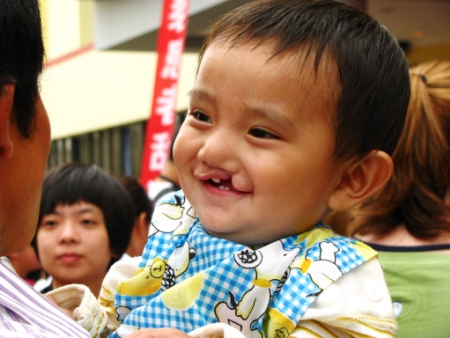 A child with a cleft lip at screening day

We stopped by Operation Smile's Kunming office to talk to Wang about his experiences helping people with cleft lips and palates:

GoKunming: How many people in Yunnan have cleft lips or palates?

Dr Wang Xiaowei: We don't have any hard statistics on how many people are affected by these problems, but the rate among newborns is around 1.7 per thousand in the countryside and 1.6 per thousand in cities.

GK: What impact does a cleft lip or palate have on a child's development?

Dr Wang: It influences a child's appearance as well as speech, eating and drinking. But I feel the biggest impact on the children is in their hearts and their self-confidence.

GK: When did you first become involved with Operation Smile?

Dr Wang: In 1999... Operation Smile came to Kunming to hold an international event and I volunteered. I was responsible for finding patients.

GK: How many medical missions does the Kunming office of Operation Smile conduct each year?

Dr Wang: Every year we do at least six medical missions, we've done six so far this year and are doing one more in Lincang from November 17-22.

GK: Can you tell us about how a typical mission transpires?

Dr Wang: Missions usually run around seven days. We usually have five to six surgeons and five to six anesthesiologists – our doctors come from all over the world. In terms of patients, a smaller mission will have around 50, and larger missions will have 100 or more. In one day, each surgeon will perform around five or six surgeries. 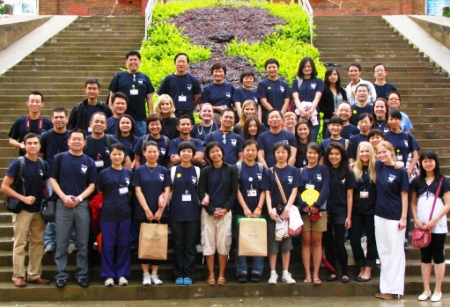 Participants in this year's medical mission to Qujing

Dr Wang: If it's a quick procedure, typically around 40 minutes, but longer ones can go up to an hour and a half.

Dr Wang: For cleft lips, we can perform operations from six months onward. The oldest cleft lip surgery we've done was for an old woman who I believe was in her seventies. For cleft palates we can only perform surgeries from one and a half years to 20 years of age. After 20, the risk of massive blood loss during surgery is too high.

GK: Do you ever turn patients away?

Dr Wang: Yes, we turn people away if they have colds, coughs or other health problems that would complicate surgery.

GK: How many surgeries have you performed for Operation Smile?

Dr Wang: I haven't really kept stats on this, but I'd say getting on for one thousand. 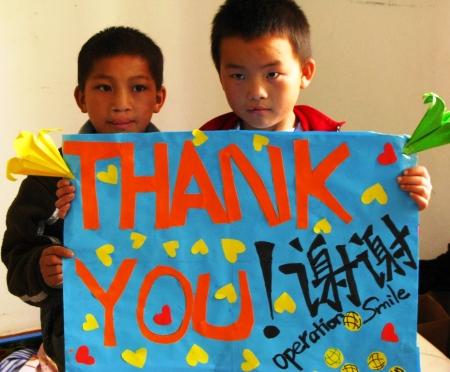 Two boys after their operations

GK: Why did you take interest in Operation Smile?

Dr Wang: I felt it was a fantastic way to help children. Because now in the hospital if you want to do this kind of surgery it will run you 5,000 to 8,000 yuan (US$750-1,200). This amount of money is out of the reach of poor families. But we provide the service for free. We enable people to get high-quality surgery without leaving their hometowns and without the devastating financial impact that paying for surgery would incur.

GK: What is one of the more memorable experiences you've had during your time with Operation Smile?

Dr Wang: There are too many. One of the most memorable is an eight-year-old boy we met on a mission in Yunnan in 2000.

After surgery, he and his parents seemed extremely happy. I asked his mother what she thought and she said her son had been completely transformed. The mother said he had never eaten so happily. She told me that he'd never eaten a meal with his parents, he would only eat after them. This is pretty unusual for a Chinese family, as eating together is important to most families.

I asked the boy why he'd never eaten with his family. He pointed to his mouth and said it was because of his cleft lip. He said that kids at school wouldn't play with him.

Then he told me what had until then been a secret. He told me that he was worried his parents didn't want him and that they might poison him. If his parents didn't eat a dish that was on the table he wouldn't either out of fear that it was poisoned. When his parents heard this they burst into tears. Everyone there began to cry.

It was that day that I decided to dedicate myself to Operation Smile. These surgeries don't just improve a child's outward appearance, but also their inner emotions.

GK: How are you generally received by local communities?

Dr Wang: We're always extremely welcome, from the local government on down to the average Joe.

GK: What's the biggest challenge you deal with on your missions in Yunnan?

Dr Wang: Transportation and logistics can be a problem in Yunnan due to all the mountains and occasional road issues.

GK: How much cost does an average surgery incur?

Dr Wang: One patient usually runs us a cost of around 4,000 yuan. This is a charity organization but we incur a lot of costs. Safety is extremely important, so our equipment and techniques are state-of-the-art.

I hope everyone can do something to help these kids whether through donation or volunteering or other means. At this point our office in Kunming isn't looking for monetary contributions, we want people to donate medicine and consumables.

For information about donations or volunteering, Operation Smile's Kunming office can be reached by telephone at (0871) 5301191 or via email by contacting Mack Zhao at mack[at]km.opsmile.org.hk. Online donations can also be made to Operation Smile's China Medical Mission through its website's donation page.

wow the story of the 8yr old boy made me teary..You are such a nice and hardworking and kin doctor. I have a left cleft lip. But it was so little that you cant even notice it. But one day i saw a commercial and i saw how kids are affected by it and is really big. But to the kids my advice is to hang on. Its rough but its WORTH IT