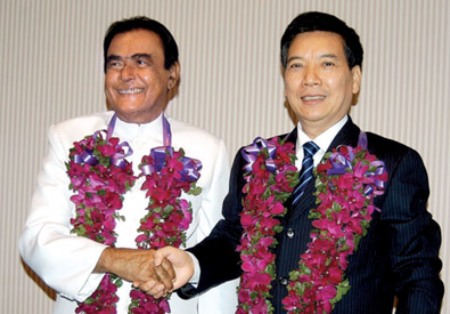 During his visit, which began on September 1, Qin met with Sri Lankan President Mahinda Rajapaksa and Prime Minister DM Jayaratne. He also met with the country's ministers of external affairs, economic development and public management and reform.

Yunnan and Sri Lanka signed several memoranda of understanding (MoU), covering fields including telecommunications, agriculture, tourism and education. It was announced that Yunnan will offer 20 scholarships to Sri Lanka to promote educational and cultural ties, but no details have been made public.

The new China Eastern Airlines flight linking Kunming with Colombo now departs Kunming every Tuesday, Thursday and Sunday at 7:40pm. Full price for a one-way ticket is 4,978 yuan (US$733), but some discounted tickets are available for as low as 2,700 yuan, not including tax. After stopping in Colombo, the flight continues on to Male, capital of the Maldives.

Qin and his delegation of more than 180 people continued Yunnan's recent southward projection of soft power. Last month Kunming Mayor Zhang Zulin led a delegation to New Zealand and Governor Qin preceded his stop in Sri Lanka with a similar visit to Bangladesh.

A transcript of Qin's speech at the Sri Lanka – Yunnan (China) Exchanges and Cooperation Promotion Conference in Colombo on September 1 has been reprinted on the Sri Lankan news website Daily News.

Surely a proper reciprocal arrangement would have also allowed Sri Lankan airline to fly into Kunming.

Just like Dubai, China Eastern gets all the business, with no competition to keep them on their toes.