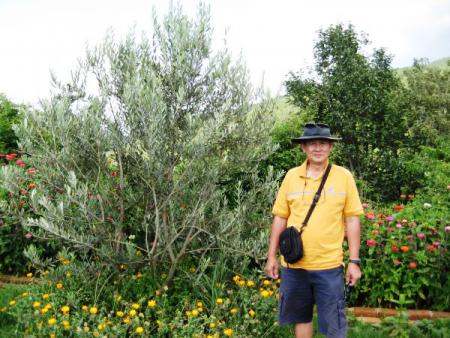 Last Friday we spent the afternoon burning off a delicious lunch by plodding around a 10,000-tree olive grove and vegetable farm under blue skies and hot sun. Although it felt like we'd been teleported to some Mediterranean locale, we'd simply hitched a ride with Steve Hoi to his farm one hour north of Kunming.

Once we'd arrived at the Singaporean native's 271-mu (100-acre) mountainside farm in Songming county (嵩明县), it was obvious that Hoi's farm was different, and not just because he doesn't use pesticides or chemical fertilizers. It seems like everything loves to grow on the farm, which sits on the side of a hill overlooking a vast valley and extends downhill to a small stream.

The olive trees stretch across the farm in neat rows, arranged according to cultivar, with some types located between others for cross-pollination purposes - this ultimately adds more depth of flavor to the farm's olive oil blend. After five years of waiting for his olive trees to mature, Hoi pressed his first batch of olive oil last year for his company Olive Connexions (昆明奥力联盟农业开发有限公司).

In addition to olives and olive oil, Hoi's farm produces around 70 or 80 vegetable, fruit and herb crops plus plenty of honey for good measure. While following the spry 58-year-old up and down the hillside, we sampled fresh pears, jujubes, cucumbers, chili peppers, basil, oregano and anything else we could get our hands on. After all that hiking, we sat down with Hoi in his small guesthouse on his farm and asked him about how this most unlikely of farms came to fruition:

GoKunming: Where did the idea for an olive farm in Yunnan come from?

Steve Hoi: It actually came from a dream, a dream to leave a legacy behind and also help locals change their lives for the better economically and provide for later generations.

I think the real desire I was feeling in my heart was to help poor rural Chinese. I'm third generation Chinese, what they call nanyang (南洋). 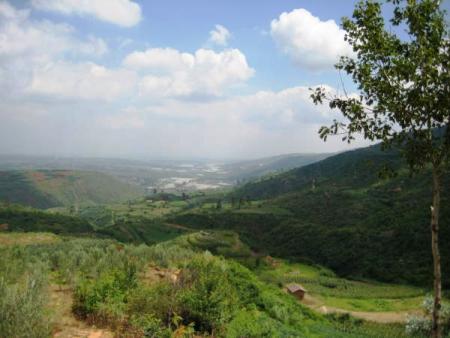 GK: How did you decide on the location for your olive farm?

Hoi: When I came to Kunming to do my investigation I was praying a lot... coming up here it felt like I was in Tuscany. I felt a peace here. My feeling about this place was confirmed by soil tests and rainfall data.

I decided to check things out with the local government. This turned out to be the best spot for what I wanted to do – there's plenty of water, the terrain is ideal and the accessibility is good. There was no running water and no electricity in the beginning, so getting that going was the tough part.

GK: How long did it take for you to get from starting work on the farm to actually eating something you'd grown?

Hoi: It took six months, zucchini and cucumbers were the first things we grew to fruition.

GK: How much of your experience as a farmer has been guided by trial and error?

Hoi: One hundred percent. I did this with no point of reference or experience.

GK: How many different kinds of olives do you grow here?

GK: What were the logistics for acquiring these plants like?

Hoi: I consolidated all the different plants in Australia and shipped them over by air. That was in early 2005. 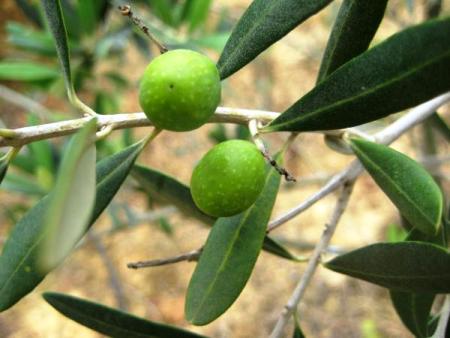 Hoi: In my dream, I received a very clear vision of growing olives. You could say this all was in obedience to a higher calling. Also, the location was very specific: 23 degrees north latitude, and in China.

GK: How did your family and friends react to your new plan based on a dream?

They were worried about me taking such high risks and not knowing where help would be coming from. But as I shared this idea with people, I was actually very surprised at how quickly I could get shareholders interested.

GK: How many shareholders have invested in this project?

Hoi: Quite a few, there's 26 of them... two Americans, a couple of Malaysians, and the rest are all Singaporean.

GK: What were your biggest challenges starting out?

Hoi: Farmers in general don't like to help each other, but they will do so if they think they can get something out of it. At one point we had more than 90 people working here. That's when you see some people who aren't putting in a full day's work.

GK: What's the current worker situation at your farm?

Hoi: We have around 30 people now, most of them come from surrounding villages. Many of our employees are women who have husbands working elsewhere. They're really hardworking, because they wake up extra early to do their own farmwork before coming here.

GK: What kind of deal do you offer your employees?

Hoi: I'm offering a decent deal: minimum salary plus extra cash if they have additional skills. I also give them paid holidays, accommodation and transport. They also have a portion of the farmland to grow whatever they want.

GK: Can you explain the social aspect of your farm?

Hoi: I look at education for children as an important start. They are the next generation of leaders, so if they grasp integrity and purity of heart and deal with other human beings with fairness and respect, then society will be better off.

So I started with local schools. Sometimes students come from a very poor background – I try to help in practical ways. Once we were invited by a local school to participate in a function and we brought warm quilts for the poorest kids.

We also have orphans from Lijiang that come here during school holidays in July, we teach them what I call "seed-to-market agriculture". 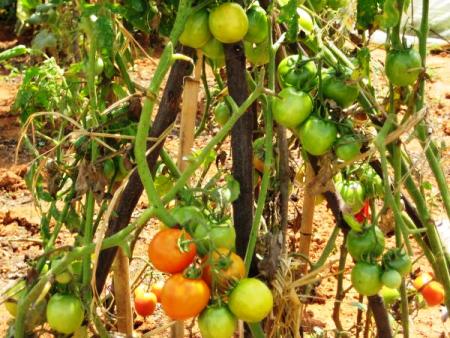 GK: Why did you choose to grow produce without pesticides or chemical fertilizers?

Hoi: It was a conviction. I was given a book by Barbara Kingsolver called Animal, Vegetable, Miracle... as I read it I became more and more convinced that people were getting sick because they weren't eating good food.

GK: How has the local response been to your produce?

Hoi: People around here like our cabbage and potatoes, both of which we sell in local markets. At first, sellers were discouraged because some of our produce has blemishes. After trying our food, people realized that our vegetables were better-tasting than the perfect-looking vegetables. Now some locals only buy our stuff.

Chinese catch on quick and recent food scares have people in Kunming looking for high-quality fruits and vegetables. I want to help them not poison their bodies.

Hoi: About a year ago... I provide produce to Salvador's, Green Lake Hotel, Spring City Golf, The Wicker Basket and Samoana.

GK: How has your produce been received in Kunming?

Hoi: The response has been excellent... some local people are going out of their way to buy our produce.

GK: How did it feel to make your first pressings of olive oil last year?

Hoi: It was very emotional, like childbirth. I was very thankful.

GK: Do you ever worry about failure?

Hoi: My work is still a daily struggle. Six years is a long time to wait for return on one's investment.

GK: What are your short term plans?

Hoi: I'm looking for locals to become interested in planting olive trees and expanding olive culture. I'd like to see our olive oils sold to discerning local customers in Kunming and elsewhere in China.

Read your article with great interest. Would you mind connecting us who are keen to pay a visit to Kunming and your farm for more understanding of your operation there.

Enjoyed your interview. Reminds me to remember your farm & family. May it be super blessed as you pour your life into the farm and the workers who help you.

Sounds interesting. What are the driving/public transport directions to persons interested in visiting the farm?

hello Steve.like this you see,it is not because i am in the united state i don't read the new .
i was the executive chef at the green lake hotel and introduce Steve to the hotel,because i trust Steve on his work with very hight quality of vegetable and olive oil made in china

we do very good job me and Steve, alway bring me this production and i am the first chef in Kunming and in china to have the first press of his olive olive oil

and it is the way my road separate me from Kunming,i just tell you Steve,i will be back in china and no matter where i will be,i will buy your olive oil

Hi Steve,
I have the greatest admiration for you! You have taken the bull by its horns!
It was my dream to have a farm like yours - not olives but vineyard; but I did not have the guts to do it! I'm from Australia and Singapore and can relate to your passion and commitment. I am now in Kunming and would like to visit you and meet you if I may.
If you are agreeable, please give me a call. 151 9870 7278.
Cheers,
Don

Hi Thiery, Don & Taejonwill,
Thank you for your encouragements. I am attending to some company and personal businnesses now, but when I return I will get in touch immediately. take care

I recently spent an afternoon with some friends at this farm, and it was one of the most beautiful days i've experienced since moving here. the grounds are immaculate & the views are stunning. I hope to return soon. We've also been buying your produce at Wicker Basket, and there is no doubt that the quality is far beyond anything I've found in the market or stores here in kunming. Thank you so much for what you are doing!

Hi Thiery, are you still in the US? how are you doing? ready to visit china and start anew?

i miss your olive oil .i cannot found the same you provide to me,i miss this very much the sweet flavor of the oil

tell hello to you wife and every body at the farm

Hello Steve!
So fun to find and read this article! I am glad to hear you have been blessed with a good first olive crop and other foods doing so well also! I loved the fresh healthy food when we stayed there almost 3 years ago now! But loved even more the wonderful atmosphere of the beautiful farm and dear people! Continued blessing and greetings to all!