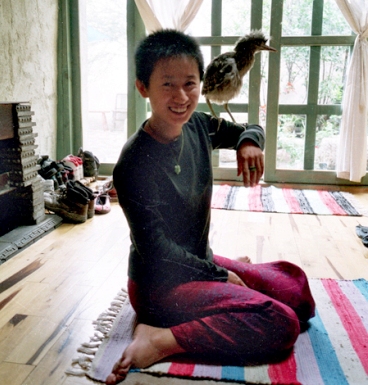 Artist Zhao Rongjie (赵荣洁) has called Dali home since 2000, when she moved there after taking over The Bird Bar, which for years was the only hangout on now-bustling Renmin Lu. Over the last decade, the native of Dongying, Shandong has split her time between her art and interacting with the people from all walks of life that pass through the Bird.

This weekend Zhao's work will be on display in Kunming for the first time as part of a 20-artist exhibition at the Loft Jinding 1919 art complex entitled Off the Wall (不上墙), in which none of the works will be two dimensional. GoKunming spoke with Zhao about experimenting with new art forms, as well as what she's seen during her time in one of China's most unique towns:

GoKunming: How did you first get involved in art?

Zhao Rongjie: I started studying the foundations of painting in Shandong when I was 13, later in the print department at the Central Academy of Fine Arts in Beijing I specialized in copperplate printing.

GK: Dali doesn't have much in the way of art galleries, where do your works usually get shown?

GK: Your art has generally been focused on painting, but you're moving away from that in this upcoming exhibition, how are you finding switching to three dimensions?

Zhao: This time around, my exhibition will include images and installations. It's my first time getting away from painting on paper and working with other forms – these new forms have given my works new flexibility. At the same time, the diversity of forms also injects a new creative force into my works. Since 1999 I've been doing a series of paintings called "Breathe", this new interpretation has made "Breathe" much more carefree. 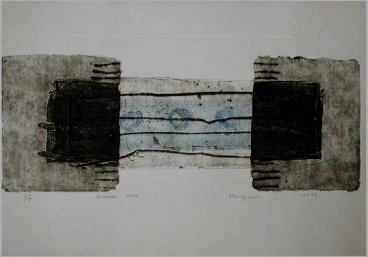 GK: Why did you end up moving to Dali?

Zhao: I went to Dali in 2000 on honeymoon with my husband and one month later we moved from Beijing to Dali. I've been spending time painting and also running the bar. A lot of people have asked me this question, and it's rather difficult to elucidate. I wonder if maybe I need to age some more before I actually understand why.

The simple answer is, I feel a person is like a seed. Once it sprouts it needs to find a patch of soil that is suitable for growth. Whether it grows this way or that way depends on all kinds of factors – soil is important. My life in Dali has been a relatively wild one, painting is one of the ways that I tame the wildness.

GK: What are the most significant changes you've seen in Dali over the last decade?

Zhao: Changes in Dali over the last 10 years include changes to the natural environment, more mixing of all kinds of cultures, economic diversification, people's consciousness and plenty more. More people are starting to pay attention to Dali for different reasons, social progress is a kind of natural law – there's going to be both good and bad.

GK: Where do you find inspiration?

Zhao: The source of inspiration should be your life and the things that you come to understand by living.

GK: During your time in Dali you've met thousands of people coming from all over China and the world, what have you learned from these people?

Zhao: I see my ten years in Dali as a valuable learning stage. This is a shrinking planet – the people that come and go bring their stories, their problems, their joy. Some people don't return to Dali for a long time but I hear about how they're changing through friends. Some people go back to Dali every year, and I can feel how they're changing. You could say everyone's searching for their true self, their complete self. Throughout this process there is joy, anger, sorrow and happiness.

I'm maturing and searching along with everyone else – they've been a big help to me. I'm thankful for all my good teachers and loyal friends, for me they are the greatest treasure of the last 10 years.