Today is World No Tobacco Day, a day intended to make people reflect upon the personal and public costs of tobacco consumption. But in Yunnan, China's largest producer of tobacco, it is an uneasy reminder of how much the local government is addicted to revenues from the carcinogenic plant.

This year's No Tobacco Day is especially poignant as it comes months before a national smoking ban.

The ban – which is set to begin January 1, 2011 and will include all indoor public spaces, places of business, and public transportation – was announced on May 10 by China's Ministry of Health. 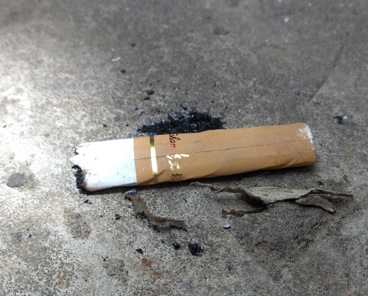 The national ban should go down comparatively well in major cities like Beijing and Shanghai that have been moving toward indoor smoking bans with their respective anti-smoking pushes leading up to the 2008 Olympics and the current 2010 World Expo.

But how will this Beijing-imposed ban be received in Yunnan, where the tobacco industry reportedly accounts for up to 70 percent of government revenue?

The answer, according to Zhao Baifan (赵白帆), head of tobacco control for the Yunnan Health Education Department, is that "in the context of Yunnan it will be extremely difficult to achieve a smoking ban."

The province is preparing its citizenry for the ban by posting anti-smoking billboards around Kunming and phasing out smoking in government buildings and medical facilities over the course of this year.

Nevertheless, an entrenched culture of smoking and the economic losses that Yunnan might suffer if tobacco consumption falls could make the ban a harder sell than in other areas of China. "The language we are using now is 'tobacco control,' not 'banning smoking,'" said Zhao of the health education department.

Kunming people and their foreign counterparts are law abiding citizens. The ban will be adhered to in the same way as similar bans already in force, for example: the ban on car horns and the ban on acting like a jerk when driving a car including the speed restriction imposed when driving down a pavement........

Nice article, Dan.
As someone with a relationship with the medical profession in Kunming and knowing of the unfortunately high level of smoking by MDs, could I suggest replacing the cigarette butt photo with a photo of a cigarette-smoking doctor - It shouldn't be too dificult - perhaps even a collage of photos. ;-)

I teach a kid who's father is a surgeon. Oddly enough he recommended me Hong Ta Shan and not Camels.

"The national ban should go down comparatively well in major cities like Beijing..."

Ha! Not a chance. I used to live in Beijing. I have many fond memories of sitting in restaurants with my pregnant wife that were full of "no-smoking" signs and all of the workers were puffing away. This is never gonna fly. People don't give a rip about the signs. And who is going to enforce it? This is a joke!

I'll have to introduce you to my smoking dentist who's also a wiz at teeth whitening!

Tell the people to look at the signs and see what their reaction is! If they don't react, tell them that they can't read (which is what I would assume, if someone was just so oblivious to a sign right above their head).

I have seen many changes over the last 10 years here in Kunming. Although smoking still has a long way to go, it is much improved than it was in the past.