Kunming taxi fleet behind the times 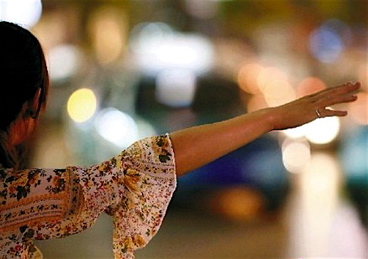 Kunming residents who have found themselves unable to find an empty taxi, particularly in certain locations or at certain times of day, may be unsurprised to learn that the number of taxis in Kunming has remained constant for the past 11 years.

Despite population growth, increasing sprawl, and new long distance bus stations much further outside of town, the last time Kunming added new taxi licenses was during the lead-up to the 1999 World Horticultural Expo.

At that time, officials increased the number of Kunming taxi licenses by 600 to the current number of 6,901.

Despite popular support for more taxis, Kunming has not made public any plans to increase the size of the taxi fleet. One reason may be wariness to add more taxis and further congest the city's choked streets – which already see hundreds of newly registered vehicles every day.

Even now, officials say, many empty taxis get stuck in traffic jams, unable to make their way to a place where they can pick up a passenger.

Relief may not come until the Kunming metro system rolls out beginning in 2013. Until then, the city is working on a mandatory GPS-based dispatching system for taxis that it hopes will lead to a more efficient distribution of the cars across the city.

But technology cannot solve one of the biggest shortcomings associated with the city's taxi system.

One government worker voiced a common sentiment in Kunming that the 6:30pm taxi driver shift change causes much inconvenience. There was no mention of plans to adjust the time of the shift change.

The 6:30 driver change is possibly the most insane business practice on earth that could only be dreamed up by city officials/morons who's city only had growth in the last ten years. 'I got it, we'll change drivers at the busiest time of day, now I'm off to defecate in the bushes and dream up another brilliant scheme like adding no new taxis for ten years.' Beijing is trying to solve the problems of the 'backward southwest' but new massive construction projects only cause more situations like a deaf getting beneath a car.

actually, the 6:30 shift change idea was mine, i sarcastically suggested it back in the day when pullin tubes with the minister of roads and some taxi company bosses. then i said, 'hey, why don't you keep the taxi fleet the same size forever?'. didn't think they'd take me seriously. sorry.

Actually, the taxi shift change, while annoying, makes sense because the period around 5pm-8pm is the busiest of the day. As a result, all taxi drivers want a piece of this time frame, explaining the need for the shift change.

Once again, logic flies out the window when you try to put the two words together..."Chinese" & "logic". It's as idiotic as "military intelligence".
I would be happy just to use a taxi that simply doesn't resemble a broken down dog house. Kunming must have the dirtiest taxis of anywhere in the world...no doubt!

Sarcasm doesn't exist in this country and the word logic didn't either until bastardized from englsih but CalMatt the shift change doesn't make sense at all. If it was a Rolling Shift Change like what would happen in places that upgrades things from time to time then that would make some sense but when you get told no by 8 taxi drivers in a span of 15 mins then once you get a taxi you see people at every corner trying to flag down a taxi at 7pm then something isn't right and are large portion of logic might be beneficial. but probably not.

Yes, I agree with you completely.

Rush hour is the best time for the shift change, because that's when demand for taxis is high.

I suppose I should have phrased my comment differently- what I meant was that while the Kunming shift change policy is annoying and probably somewhat less than ideal, it isn't completely illogical. When I was in Shanghai last month I asked a driver about the change and she told me they go one day on, one day off; so there's no real crunch time in the middle of a day.

Kunming's taxis are not even close to being the dirtiest in China, much less the world. Smaller cities across the country use vehicles that look like they've survived mortar attacks. Even in Chongqing, the cabs are so badly outfitted that ordinary speed bumps provide an uncomfortable experience for the passenger.