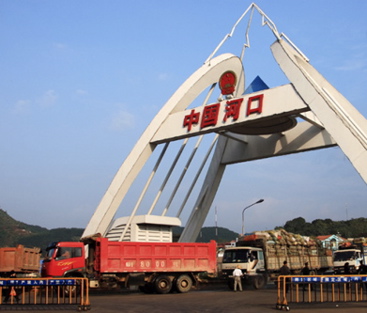 Yunnan's foreign trade for the first two months of this year totaled US$1.49 billion, an increase of more than 77 percent over the same period last year. The province's foreign trade growth was 32.7 percentage points higher than China's national average.

To put how much Yunnan's foreign trade has grown in the last decade into perspective, total foreign trade for the entire year of 2000 was US$1.8 billion.

Myanmar remained Yunnan's largest trading partner during the two-month period with US$220 million in trade, or almost 15 percent of the total amount. Myanmar has the longest international border with Yunnan – which also borders Laos and Vietnam.

The European Union was Yunnan's second-largest foreign trading partner in January and February, with total trade reaching US$190 million, or year-on-year growth of 41.1 percent.