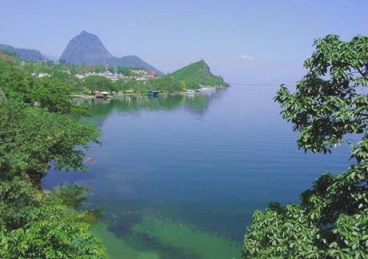 After two years in Jilin province's Changbai mountain, the Vätternrundan recreational bicycle race will be held in Yuxi next month.

Vätternrundan China will start in downtown Yuxi – 90 kilometers south of Kunming – from where it will head toward Fuxian Lake. The race will circle Fuxian Lake and then return to Yuxi for a total of 175.5 kilometers for the longest of the three race categories: road bike (175.5km), road bike (78.8km), mountain bike (78.8km), all of which will be on the same track.

Vätternrundan started in Sweden as a recreational ride around Lake Vättern in 1965 and has since become the largest recreational bicycle race in the world. It is brought to China by sporting event company Nordic Ways.

As it is not a competitive race, there is no official ranking of race finishers according to time. The ride, known in Swedish as a motionslopp "exercise race", does keep official times of all riders. Results are posted in no particular order afterward.

Until recently, the ride around Fuxian Lake was difficult to complete due to poor road surface on the eastern portion of the loop. The completion of the road combined with next month's Vätternrundan are likely to raise Fuxian Lake's profile as an international sporting event destination ideal for cycling races as well as marathons and triathlons.

For more information on registering for the upcoming Vätternrundan China, check out the race's registration page. For other information about the race, contact Ellinor Axner Yin at ellinor.axner[at]nordicways[dot]com or call (010) 5203 6968 extension 121.

should anyone coming over for the ride turn up this post, here's a few pointers:

road surface: the east side of the lake is unknown to me. i was there last october, and it was unsurfaced and definitely mountain bike terrain. a friend of mine was there february, and said the road was still unsurfaced. however, as NordicWays is suggesting this as being a suitable ride for a road bike, i presume it's now been surfaced. so, expect brand new blacktop.

the west side has plenty of concrete surface, which can get slick in the wet.

weather: it's rainy season in Yunnan, so assume it's going to rain. the plus side is that it doesn't get too cold in the summer rain here, unless you're doing mad descending. i would bring a rain cape or a long sleeved jersey though.

route: from yuxi over to the lake appears to be on the highway, which is usually closed to bikes, so no direct info there. as it's highway, i'm expecting it to be fairly level and well-surfaced.

west side, generally flat, but getting bumpier as you get more north. chances are we'll have a steady tail wind. up near jianshan (the peak you can see in the photo above) there's a fairly steep but short lived climb, followed by some nice descending - but watch out for the tight switchback (clear on the KMZ file from the organizers).

east side, also lots of flat, but there's a climb shortly after chengjiang, and one right after haikou zhen, which is about halfway down the east side.

fuxian lake is beautiful, the water clean, and the air over there is unpolluted. it should be a great day out.

The Swedish word "motionslopp" should rather be translated as "exercise race" or "exercise run" (motion = exercise and lopp = race (originally from löpa = to run) ).
The idea of the "race" is to encourage people to exercise.

Just went over to the nordic way site, the old dude who's supposed to be the founder and president, just look EVIL.
Maybe it's just me, but just saying......

The road on the east side of the Lake has been laid with asphalt, but it is not cleaned yet. There has been some guys trying this side out a few time lately and it should be quite ok.

Yes Per, you are actually right, it should be exercise race. I will see about changing that...although Vatternrundan China is a bit different from the one in Sweden. We will have time keeping and prize money to the 175.5km winners

To "oy", I really dont know where you saw that picture of Nordic Ways founder, we took that picture away from the website a long time ago...Maybe you can meet him in Yuxi if you take part, he is actually quite nice..

Anyway, hope you want to be in the race, last day of registration is Aug 30

we've made the edit to "exercise race"