The Higher Brothers (海尔兄弟) are a Chinese hip-hop group from Chengdu consisting of members MaSiWei (马思唯), DZknow (丁震), Psy.P (杨俊逸), and Melo (谢宇杰). They are in a record label, 88rising, which is made up of Asians or Asian-American artists. The group is known for their songs in Mandarin and Sichuanese that celebrate Chinese culture such as "Made in China", "Black Cab" and "WeChat". The band is also notable as a high-profile Chinese rap group that has managed to avoid Chinese government censorship while still appealing to Western audiences. Another notable feature of the group is their use of the internet to appeal to multiple audiences. 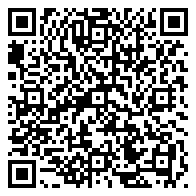