The 4th International Edition of the Handshake Concert.

He said the concert was aimed at showcasing the rich cultural heritage of the country in the international platform through music, dance and performing arts. "The event is meant to create better international understanding and respect for each other's culture and the goal is to bring different genres of music, including western, classical, pop, rock, folk and fusion, in one stage," said Neingulie Nakhro, a member of RHMS.

Over 19 artistes from India, including Himanshu Balkrishnan Mohan (tabla) and Guru Rewben Mashangva, will perform at the concert.

The team from India would be led by Nagaland parliamentary secretary for music task force and youth resources and sports Khriehu Liezietsu. The team will leave for China on November 25 from Kolkata. 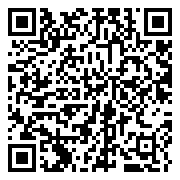 August 8, 2022 "I have been recruiting foreign teachers for kindergartens in Yunnan Province for a long time. If you see this information, you can add me wechat（15198 …"
Living in Kunming JanJal