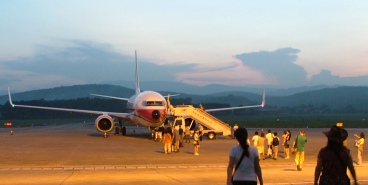 Local party paper Kunming Daily is trumpeting the record amount of passenger traffic in the skies of Yunnan – the province's 12 airports now serve a total of 237 routes.

Breaking down the numbers a bit, Yunnan serves 204 domestic passenger air routes and 33 international routes. In terms of international flights, Kunming is connected to Southeast Asian destinations by 21 routes and South Asia by five routes.

This year Yunnan's airports, especially Kunming's, have been busy adding new passenger routes, in the first half of the year the following routes have been launched:

In addition to the above stable routes, the following temporary routes were launched earlier this year:

China Eastern is also preparing to launch direct passenger services between Kunming and Kathmandu, capital of Nepal, on July 17.