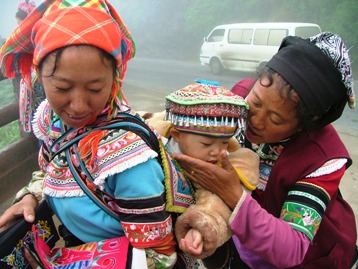 The mandatory environmental impact assessments (EIAs) for dam projects are not being taken very seriously by companies or officials. After visiting dam projects in different stages of completion, Jiang noted that:

EIAs have become a marginalised and decorative process, seen as just a part of the cost of doing business. Both the builders and local government know that, to date, an EIA has never managed to halt a dam project.

Jiang's use of the term 'cost of doing business' is reminiscent of the way Chinese media described the way Yunnan Chengjiang Jinye Industrial and Trade Co viewed the small fines it had to pay for neglecting to conform to local environmental laws. The end result? Yangzonghai Lake is now suffering from heavy arsenic pollution.

Jiang also noted that while the plan to dam Tiger Leaping Gorge has been officially shelved, the project – which originally called for eight dams – has been relaunched upstream under the new name Longpan Dam Project. The new project would displace 100,000 people along the Jinsha River. Exploratory drilling and infrastructure construction for the project are reportedly underway.

Tengchong airport ready to go
The Yunnan Daily is reporting that the new airport in Tengchong (腾冲) in southwest Yunnan has received regulatory approval from the Civil Aviation Administration of China's southwest regional bureau to commence operations. The airport – located in the village of Tuofeng 12 kilometers from Tengchong will be named 'The Hump Airport' (驼峰机场) to commemorate the flight routes over the Himalayas flown during World War II.

Price of fireworks in up 10 percent
Kunming Daily is reporting that prices of fireworks in Kunming this year are roughly 10 percent higher than before Chinese New Year in 2008. Although government statistics claim that open sales of illegal fireworks are down 80 percent from last year, Kunming safety officials are advising purchasers of fireworks to make sure that they buy only from vendors displaying government licenses.