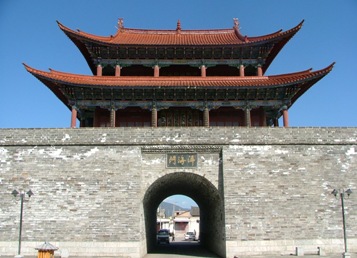 The Civil Aviation Administration of China (CAAC) has given China Eastern Airlines permission to reopen its previously suspended Kunming-Dali and Kunming-Jinghong routes, half a year after stripping the Shanghai-based airline of the routes because of mid-air protests by several of its Yunnan subsidiary's pilots.

In March of this year, China Eastern pilots are reported to have deliberately turned back midway through their provincial flights out of Kunming as a form of protest over dissatisfaction with strict lifetime contracts and low pay.

The airline quickly fired its Yunnan management, but that was not enough to prevent regulators at CAAC from discontinuing its Kunming-Dali and Kunming-Jinghong routes on May 4 and reducing feeder routes from Kunming to Lijiang, Shangri-la, Mangshi, Lincang, Pu'er and Wenshan by 20 flights daily, on April 26.

CAAC said that it had restored the routes plus increased the frequency of other China Eastern routes in Yunnan as a result of the airline's 'impressive contribution to Sichuan earthquake relief and rescue efforts', according to aviation trade publication ATW Daily News.

Analysts say the restoration of the routes may not help offset the estimated loss of 405 million yuan (US$59 million) in revenue from the route suspensions, as Chinese domestic tourism has been slumping since the Wenchuan earthquake in May.