As of 6:45 pm Beijing time, China held its lead in the gold medal race, with 22, well ahead of second-place Team USA's 10 golds. South Korea, Italy and Germany were tied for third with six golds each.

In terms of overall medals won, China retook the lead from the US, with 34 medals compared to the Americans' 33. South Korea and Australia were tied for third with a total of 16 medals each. 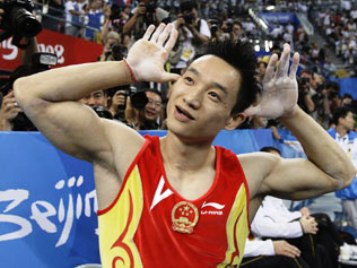 Yang Wei wins men's individual gymnastics competition
Yang Wei (杨威), who took gymnastics gold with his teammates on August 12, won the men's individual competition today. Although Yang is known for his consistent performance across all six disciplines, he came close to disaster in the last, the horizontal bar. Close to losing his grip, he held on to bring China its first men's all-round gold since Li Xiaoshuang 李小双 at the Atlanta games in 1996. 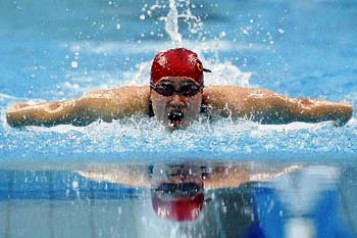 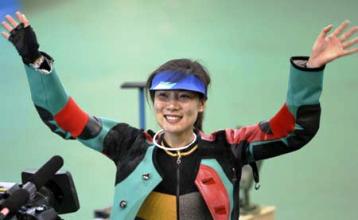 Fourth shooting gold for China
Du Li (杜丽), having unsuccessfully defended her Olympic title in the 10 meter air rifle competition on August 9, today took gold in the 50 meter rifle three positions (prone, standing, kneeling) event. She did it in style too, with a new Olympic record of 690.3 points.