On day four of the Beijing Olympics China added more gold medals to its takings, reaching a total of eleven golds by 6:30 pm Beijing time. Team China was followed by the United States with seven and South Korea with five.

In terms of overall medals, the US took the lead with a big morning – especially in swimming events - that brought its total to 21, three more than China's 18. South Korea trailed the two giants with eleven total medals. 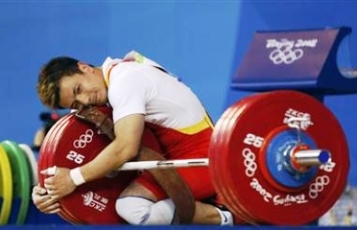 China snatches fourth gold in weightlifting
Late Monday, China continued its winning ways in weightlifting as Zhang Xiangxiang (张湘祥) lifted a total of 319 kilograms in the men's 62 kilogram category. After failing in his attempt to lift 184 kilograms on his final attempt, Zhang fell to the floor and bowed and then kowtowed to the applause of spectators. He then hugged the barbell that was unable to stop him from winning gold. Diego Salazar Colombia took the silver after lifting a total of 305 kilograms and Indonesian Triayatno won bronze with 298 kilograms. 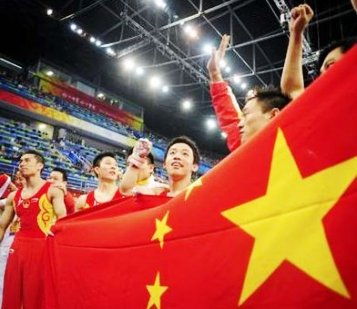 China savors men's team gold in gymnastics
China's gymnastics team won gold by a comfortable margin in the all-round men's event. China scored 286.125 points. Silver went to Japan (278.875) and bronze to the United States (275.850). This marks a return to form for a team that took gold in Sydney and then failed to medal at all in Athens. Yang Wei (杨威), Huang Xu (黄旭), Li Xiaopeng (李小鹏) and Xiao Qin (肖钦) were all on the team that placed 5th in Athens. Chen Yibing (陈一冰) and Zou Kai (邹凯) rounded out the team. 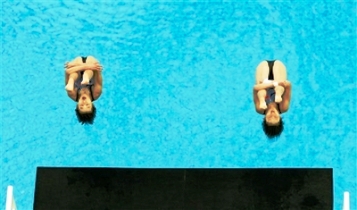 China picks up third diving gold
Team China achieved its third diving gold today as the teenage duo of Wang Xin (王鑫) and Chen Ruolin (陈若琳) came top in the women's synchronized 10m platform competition. Wang, who turned 16 yesterday, and Chen scored 363.54 points, to clinch first place in an event that China has won since its introduction at the 2000 games in Sydney. Australia (335.16) took silver, with Mexico close behind (330.06) for bronze. 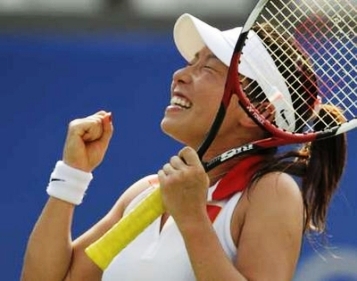 Zheng Jie starts off on a winning note
Sichuanese tennis sensation Zheng Jie (郑洁), whose performance in Wimbledon earlier this year made her an instant star in China and around the world, has won her first two matches at the Olympic Green Tennis Center, where she is receiving a rock star welcome from the home crowd.

On Monday, Zheng defeated 11th-seeded Agnes Szavay of Hungary in three sets (4-6, 6-3, 7-5) to the audience's delight. On Tuesday she overcame Spain's Nuria Llagostera 6-7(7), 6-1, 6-4 in an error-filled three-hour epic. Despite starting both matches down one set, the 5-foot 4-inch powerhouse from Chengdu was able to use her blistering serve and powerful backhand to overcome her early deficits.

Zheng will take on Dinara Safina of Russia in the third round of the women's singles tournament.