On the third day of the Beijing Olympics, China has proven itself to be a serious contender to win the most medals at this year's games. As of 7:30 pm Beijing time on Monday, China had taken eight of a total of 32 gold medals issued, accounting for a quarter of the Olympic gold given out so far. 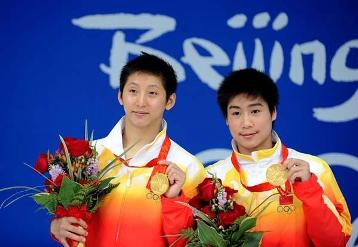 Yue/Liang take gold 10m synchronized platform
Monday at the Watercube, Divers Lin Yue (林跃) and Huo Liang (火亮) won China's second gold medal in diving so far, winning the men's 10 meter synchronized platform. The pair has been dominating international competitions heading into the Beijing games and appear to be having no trouble assuming the role of heirs to Chinese diving legends and Athens gold medalists Tian Liang and Yang Jinghui. 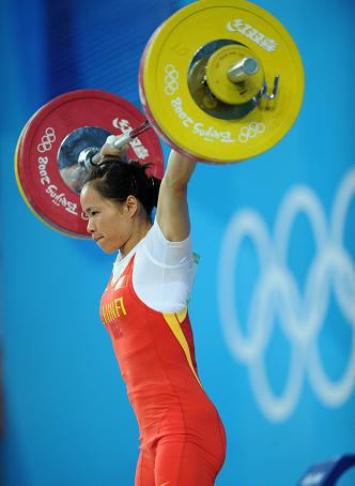 The 29-year-old Chen, who had been coaxed out of retirement for the Beijing games, snatched 106 kilograms and lifted 138 for the clean and jerk, for a winning total of 244 kilograms. Chen beat out Marina Shainova of Russia and O Jong Ae from North Korea, who took silver and bronze, respectively.

With wins against fellow Group A members Switzerland and Belgium, Tian and Wang look likely to advance to a berth in the tournament's top 16. The pair will play the undefeated duo of Susanne Glesnes and Kathrine Maaseide of Norway at 11 am Beijing time on Wednesday.