By Matt Schiavenza in Features on August 5, 2008 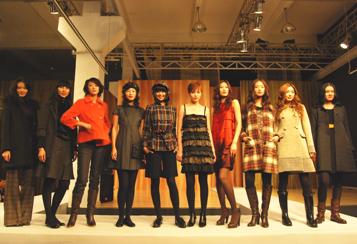 Adding to the buzz around a major fashion group's show in Kunming was the presence of famous Chinese models Ge Huijie (葛荟婕) and Wang Yina (王伊娜).

Max & Co launched its first show two years ago in an effort to promote its store at the Gingko shopping center in downtown Kunming. In the ensuing two years, Max & Co's Kunming store has become one of the label's best-performing stores in China.

Max Mara fashion group PR Director Adele Lobasso is an Italian who first came to China as a foreign student in the 1980s and has worked at the firm's Beijing office for the past seven years. GoKunming sat down with Lobasso to learn more about the challenges of bringing ready-to-wear women's fashion from Italy to China.

GoKunming: The concept of high-end fashion is relatively new in China. What characteristics of the Chinese market have you most noticed since you began working for Max & Co? 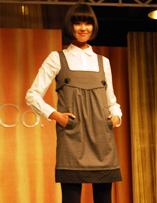 Adele Lobasso: Although consumers from around the world like purchasing brand-name clothing, the Chinese wealthier classes showed an even more pronounced preference toward wearing well-known designer items. For example, in the early 90s, I saw quite a few Chinese women leaving the sticker on a new pair of sunglasses in an attempt to flaunt their purchase.

As far as taste is concerned, the majority of Chinese women dress more modestly than their European or North American counterparts, so we de-emphasize particularly revealing clothing when appealing to the Chinese market. Regional variations matter, however. It is difficult to compare fashion trends in cities such as Beijing and Shanghai with cities in the country's interior.

GK: Does Yunnan province - and Kunming in particular - display any fashion tendencies that are less evident in other parts of China? 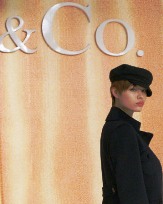 AL: We discovered that our bright, floral clothing sold less well in Kunming, perhaps as a result that Yunnan people tend to associate such clothing with ethnic minority groups. In other parts of China, this trend seems less pronounced although in general we find that brighter colors sell better in other parts of the world than in China.

GK: What are some of the other regional differences in fashion that you have noticed during your time in China?

AL: Because of their taller physical stature, our customers in northern China are able to wear a wider variety of clothing than those in the south. For instance, certain types of trousers are far more popular in cities such as Beijing than they are in Guangzhou or Kunming. In addition, we have found that differences in skin color affect consumer choices. Few of our customers, for instance, wear brown or beige because they feel those colors do not flatter them as much. In terms of style, women in certain cities (such as Chengdu) tend to dress more femininely than in others. 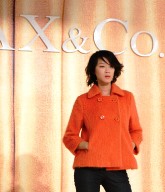 GK: Who does Max & Co view as their target customer in China? How would you describe a "Max & Co woman"?

AL: Most of our Chinese customers are in their thirties and forties and earn a good income. A typical customer might be a woman who likes to dress casually but smartly, and one who wants attractive clothing for a variety of situations. A benefit of our store is the range of products on hand; for instance, a woman may come in looking to buy only a pair of trousers and emerge with a top and shoes as well.

AL: We had hoped to hold shows in Chengdu and Chongqing this year, but due to the earthquake we felt the timing wasn't appropriate. When we first opened in Kunming, we found it difficult attracting much business. It was only after the success of the fashion show that people began patronizing our store, and as a result we view these shows as a useful way to expose our clothing to a wider audience.