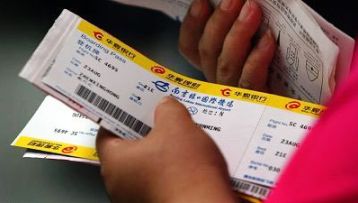 Despite the start of the summer travel season and the Beijing Olympics only 37 days away, domestic travel in China appears to have dropped drastically from the same time last year.

According to the Sydney-based Centre for Asia-Pacific Aviation, air travel in May dropped 3.3 percent - the largest such drop since the SARS epidemic in 2003. One indicator of how big a hit China's travel industry has already taken is the widespread discounting of air tickets, which usually rise in price during the summer travel season.

According to a CCTV.com report:

"There's been a decrease in the number of air travelers. And ticket prices to some of the most popular tourist attractions have been cut dramatically. These tickets used to be hard to get, selling quite well during the same period last year."

The CCTV report quoted travel agent Wang Yili, who suggested that the Beijing Olympics – which many thought would boost tourism in China before, during and after the Olympics – are the reason that people are deciding to skip out on summer travel.

"The current situation is quite different from that of last year. Because of the Olympic Games people prefer staying at home to watch TV to going out to travel."

GoKunming called our travel agent, and prices for flights out of Kunming to other parts of China are much lower than usual for this time of the year.

We enquired about several popular flights and found that there were tickets to Shenzhen on Friday, July 4 available at a 40 percent discount, coming to 940 yuan, tax included – a rather inexpensive price for this time of year.

A one-way ticket to Shanghai this Friday, which last January was nearly the full ticket price of 1,900 yuan, can be found for as little as 870 yuan, tax included. Some tickets for Friday flights to Beijing are as low as 740 yuan and a seat on the short flight to Chengdu is selling as low as 410 yuan.

In related news, Kunming media is reporting that the first chartered flights from Kunming to Taiwan will be departing in the middle of July. The price for a 10-day trip touring around the island will run around 10,000 yuan.

I had flown to kunming last winter by China Eastern From Beijing cost me about 1560 Y ,but for my good luck now i tool the same root Only 510 including Tax.

I was suggested by my friend to book air tickets from Beijing to Shanghai through www.bamboobookings.com I found it very helpful, because the prices they offered are much lower than other websites.