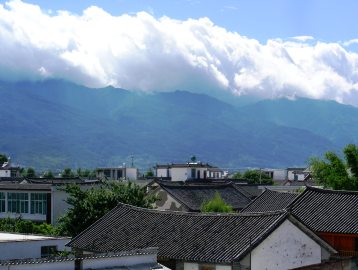 A drop in foreign tourism looms over Dali's economy

As China prepares for the Beijing Olympics on August 8, it is becoming obvious in cities from Beijing and Shanghai to Dali and Lijiang and elsewhere around the country that international travel to China has dropped off considerably.

According to a recent New York Times article, which noted a 14 percent drop in foreign tourist visits to Beijing in May:

"With the Beijing Olympics less than two months away, hotel operators, travel agencies, and foreign businessmen say new Chinese visa restrictions are proving bad for business, casting a pall over Beijing during what was supposed to be a busy and jubilant tourist season leading up to the Olympic Games."

Beijing and Shanghai, two of the most popular business and leisure travel destinations in China, are not the only cities wondering where the foreigners went and when they'll come back. The international trade mecca of Yiwu in Zhejiang province is profiled in a Los Angeles Times story with a similar theme – businesses that rely on foreigners coming to China are struggling.

One year ago, there was much speculation among the hotels, restaurants and bars of Kunming, Lijiang and Dali that the runup to the Olympics plus the several weeks after the games would provide a small windfall for the businesses that played their cards right. Today, most businesspeople's high hopes have been dampened.

Last week on a trip to Dali, GoKunming spoke with tour operators and owners of guesthouses and restaurants. There was little need to ask people how business was – normally June is a big month for foreign tourist visits to Dali's old city, but instead of the throngs of backpackers and package tourists that typically fill the city's narrow streets, there were very few foreigners to be found.

One guesthouse owner surnamed He said that her guesthouse and hotel had both experienced a major drop in foreign bookings this year.

"We're willing to help with the paperwork to help people get their China visas, but many people are deciding it's not worth the hassle – they're just skipping China this year," she said. "To make matters worse, a lot of people think that Dali and Yunnan are unsafe because of their relative proximity to the Wenchuan earthquake... they don't know we're actually quite far from the disaster zone."

One small business owner surnamed Liu said that recent business at his bar and guesthouse was noticeably slower than usual this year, he did not speculate on the reasons why.

"There's not so many foreigner tourists here right now – it's definitely strange," Liu said, "It's a bit of a conundrum because although the city is a lot quieter and more pleasant than it usually is at this time, everyone's having a tough time making money."

Although Kunming seems increasingly unlikely to benefit from any previously hoped-for Olympic travel boom, the old towns of Dali and Lijiang are likely to be on the receiving end of an Olympic exodus. There are already many Beijing residents relaxing in both ancient cities at the moment, many of whom told GoKunming that they and or their friends will return to Yunnan to avoid from the chaos of the Olympics.

"I have a lot of friends in Beijing that will come down here to chill out during the Olympics," a young woman surnamed Wang said.

"I'm from Qingdao – we're only hosting the sailing events but there are still some people I know there who will be coming down here to get away from everything."