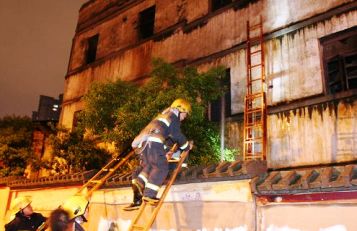 The western building of the so-called 'Sister Buildings' (姊妹楼) behind the Victory Monument on Guanghua Jie reportedly caught fire around 10:30 pm. According to Kunming media reports a local resident who refused to give his name said he saw several people climb over the wall that surrounded the building – the people then reportedly fled.

According to a spokesperson for a property company recent police patrols regularly found homeless people squatting in the buildings – which have been out of use for two years and have been walled off from the public. 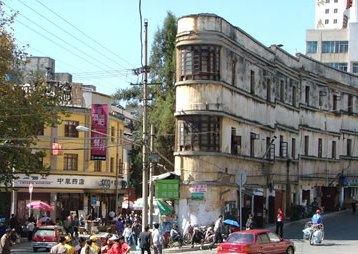 Located across the street to the north of the old Bird and Flower Market, the narrow and curved 'Sister Buildings' are one of the few older landmarks remaining in Kunming. There has been no announcement regarding whether the burned out building will be demolished in the near future.