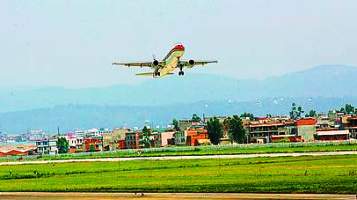 The Yunnan provincial government and Grand China Air – which is partially owned by billionaire financier George Soros – have agreed to establish Yunnan Airlines, a joint venture airline that will challenge China Eastern Airlines' dominance of the Yunnan air travel market, according to a Reuters report.

The announcement comes at a time when air travel in Yunnan and elsewhere in southwest China is expected to continue its rapid growth and Kunming is building what will be one of China's largest airports. The news also came shortly after state regulatory body the Civil Aviation Administration of China (CAAC) stripped Shanghai-based China Eastern of several air routes in Yunnan – including flights to Dali and Xishuangbanna – after an apparent mid-air strike by pilots in March of this year.

The company is still awaiting regulatory approval from the central government - which is likely, given that a provincial government will be a stakeholder in the company.

Despite the potential conflict of interest, the Yunnan government released a statement in which it said that in addition to Yunnan Airlines' plans to establish its hub in Kunming it hopes that other airlines including China Eastern's Yunnan subsidiary will further develop their operations in Kunming, according to a Xinhua report.

Xinhua is reporting that Yunnan Airlines will start out with a fleet of at least 30 planes.