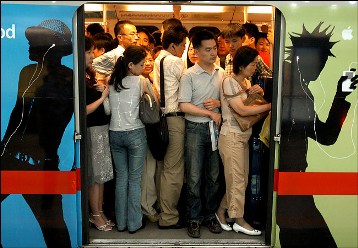 According to Lin, the Kunming Municipal High-Speed Rail Transportation Network Plan has already been completed. The plan includes a total of six high-speed rail lines covering a total of 162 kilometers (100 miles).

Pending governmental approval, it is hoped that phase one of the project will begin before the end of this year. The first phase of the network, Line 1, will connect downtown Kunming with the university campuses in the south of Chenggong, a county that is technically part of Kunming Municipality.

Shortly after approval is obtained and construction begins on Line 1, work is expected to begin on Line 2, which will connect Kunming's northern suburbs with the northern shore of Dianchi Lake. The two areas boast some of the city's highest concentrations of wealth with the north shore of Dianchi to become more economically dynamic via developer Shui On Land's Caohai Urban North Shore project, which is expected to cover 87 hectares and feature commercial and residential space as well as museums, theaters, an amphitheater and an "artist's community".

Other proposed lines include:

No time schedules were provided for completion of the lines and no companies were mentioned with regards to supplying or building the network.

Does anyone know if construction on the subway system has actually started or not? If so where?