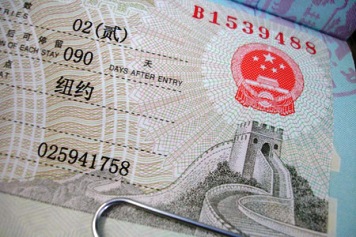 China visas for foreigners have changed drastically in recent years. In the late 1990s, before China became the 'it' country for business, travel and overseas study, the rates charged for visas were so reasonable that it felt like they were practically being given away, with rates ranging from 400 to 800 yuan for a one-year multiple entry 'F' visa.

How times have changed. Fast forward to the present – China is keeping the global economy afloat as the US economy sputters, tourists from all over the world are flocking to the country – with even more expected after the Olympics, and Chinese has quickly become one of the most-studied second languages in the world.

It is no surprise that the price of a visa has gone up since back in the day, but the degree by which visa regulations have tightened - especially on the F visa commonly used by people who are neither full-time employees of local Chinese companies or locally registered foreign corporations – is quite drastic.

Here is an announcement by a Hong Kong travel agency posted on Shanghaiist about the popular F visa:

"We are informed by the China visa office that effective from 28 March 2008-17 Oct 2008 there will be no more multi entry (F) visas available. For those who still need visas can only apply single or double entry visas instead (Duration of each stay is 30 days). All this will last till the Olympic games finished."

The new regulation is likely to lead to many laowai leaving China for lack of a viable way to stay in the country. For those with visas expiring in the next few months that want to stay on in Yunnan, it may be time to go back to school.

I am from Vancouver Canada, my summer travel plans may have been ruined by the new visa policy. Unfortuately, I bought non refundable air tickets, Beijing hotel and Olympic tickets just a few weeks (March, 2008) ago based on a 90 day stay in China. I was to arrive in China in June and leave mid August. I am not sure if I can extend my visa once I am in China. I am not sure if I can rebook or what. But I am not keen to spend more money on a one way ticket out of China at the end of June when my 30 days is up. So I have a lot of questions.

I have the same problem as you eric, i am thinking about traveling to hong kong and maybe the philiphines at the end of every 30 days and try to renew from there, flights to hk and the phils are can be found for about 500rmb

I got a 6 month F multi entry inside china, but its still a pain, i must have lucked out, b/c everyone else i know has only got 2 or 3 months tops. I got it from a friend who owns a factory with fairly good guanxi, and i also have a late residency registration on my record when i was a student in Xiamen Uni.
So it is still possible. another person i know got only 3 month visa from the same method i did, and she has been living in china for over 6 years.