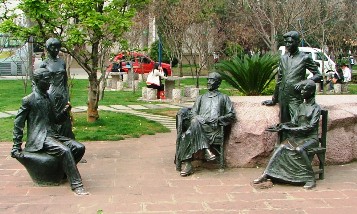 Like many Chinese cities, Kunming's education sector is booming. Major universities are building massive new campuses in nearby Chenggong, English schools are heaving with students and a growing number of foreigners are coming to the city to study Chinese. If provincial education officials have their way, some of China's top universities will also reestablish a presence in Kunming, a city they fled to during World War II.

At Monday's meeting in Beijing of the National People's Congress, Yunnan's provincial education minister Luo Chongmin (罗崇敏) proposed the revival of National Southwestern Associated University (国立西南联合大学), a short-lived university that was comprised of staff and students from north China's top schools who fled China's war-ravaged east after open hostilities broke out between China and Japan in 1937. 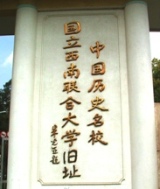 This influx of professors and students from Tsinghua University and Peking University in Beijing and Nankai University in Tianjin had a profound effect upon Kunming's development as a city. After the war, the schools packed up and headed back to Beijing and Tianjin, but many of the intellectuals and other refugees that had come to Kunming had grown fond of the city and Yunnan and decided to stay.

This population from the north that adopted Kunming as their new home had a major demographic influence on the city – despite being one of China's southernmost cities, Kunming's local dialect is generally considered to be a 'northern' dialect.

Luo proposed on Monday that the new incarnation of National Southwestern Associated University be a collaborative effort between Tsinghua, Peking University, Nankai and Yunnan Normal University. Combining the educational resources of the four schools under preferential government policies would contribute greatly to the development of both Kunming and Yunnan, he argued. So far there has been no official response from the universities or any government organs.