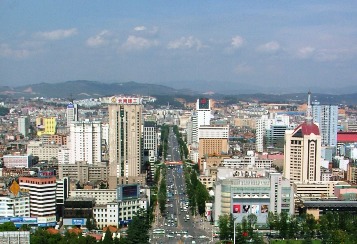 Kunming, which has an official population of 6.08 million, issued its 900,000th license plate for a motorized vehicle yesterday – another milestone in the rapid transformation of a city that had very few privately owned automobiles only 10 years ago.

Officials cited in a Kunming Daily report said that exhaust from motorized vehicles has emerged as the chief polluter of the city's air, adding carbon monoxide, particular matter and other pollutants into the city, which is enclosed by mountains on three sides. It is estimated that fuel totaling 11.45 billion yuan in value was consumed by motorized vehicles in Kunming last year.