Yunnan has never made much of an impact on the international sports scene, but that was before China's recent obsession with mountain and trail running.

Over the past two years, Yunnanese and Yunnan-resident Chinese mountain runners have become the terror of the French, Spanish and Italian masters of the sport. And names like Qi Min, Yao Miao, Shen Jiasheng and Jia Erenjia the nightmare of race announcers at prize-giving ceremonies in Europe.

Yao Miao — once introduced as "Yew-Mew" in France — topped 2018 International Trail Running Association's (ITRA) world rankings. She may be a Guizhou 'import', but her boyfriend and training partner, Qi Min — Kee-Meen in France — is Yunnanese born and bred, hailing from a small village near Yuxi. Qi Min was second in ITRA world rankings last year. Both are fully professional trail runners.

Whereas their foreign rivals reside and train in trendy mountain towns in the American Rockies, French Alps or Italian Dolomites, Qi Min and Yao Miao first operated out of the Yunnan town of Dali, but then joined several other runners in a vast and near empty residential complex in Kunming's Chenggong District. Their roommate, both in Dali and Chenggong, is one Shen Jiasheng, a professional runner from a small village in Qujing, west of Kunming.

Shen is now also recognized as one of the world's best. The baby-faced 23 year-old destroyed the elite field at one of the sport's premier trail ultras, the Hong Kong 100, this January and came second in the Lavaredo Ultra Trail — a world-class event in Italy, just a few weeks ago.

There must be something about Chenggong, as yet another word-class trail runner, Jia Erenjia, recently set up base and bought an apartment there. An ethnic Tibetan from Qinghai, last year Jia became the first Chinese athlete to win an Ultra Trail du Mont Blanc (UTMB) event, the unofficial Olympics of trail running.

Jia is a testament that running at elite level is all about natural talent and has a story that should be turned into a movie script. Born a nomad in Qinghai and packed off to a boarding school for nomad kids, he started running only three years ago and is un-coached. During these three years, he has not only won one of the world premier trail races — the 50-kilometer OCC division at UTMB — but has become one of China's top marathoners. Today he is gunning for the Tokyo Olympics. His other claim to fame is his jiuliang, the amount of alcohol he can drink. However, in order to improve his training, he has recently stopped drinking altogether.

All four, Jia, Shen, Qi and Yao are flint-tough, born and raised in the hardscrabble environment of remote Chinese mountains. Shen, Qi and Yao were then toughened even further in tizhi — the conscript army-like Chinese sport school system, where long-distance runners were made out of them. 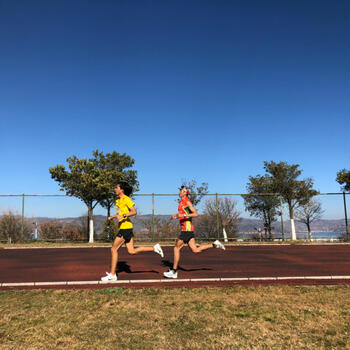 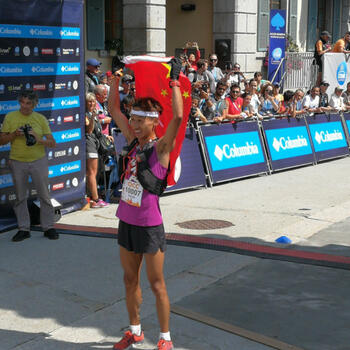 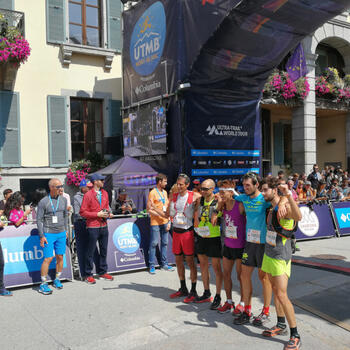 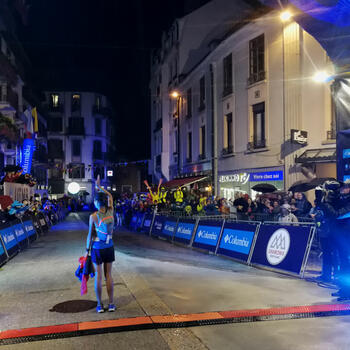 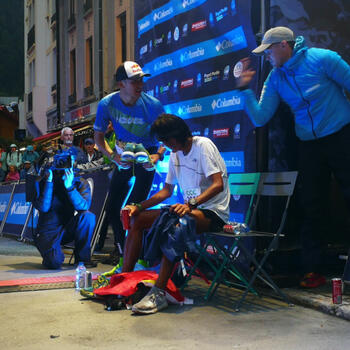 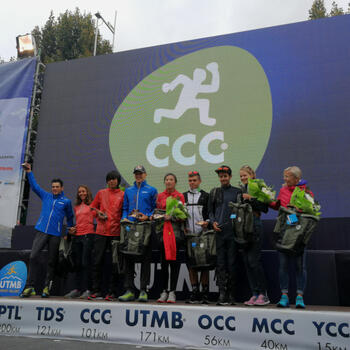 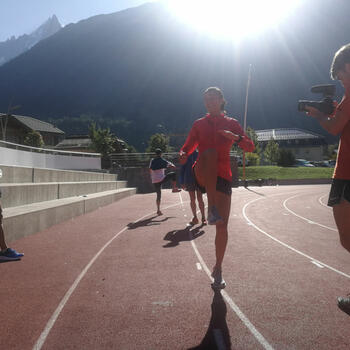 Yuxi's Qi Min, whose talent was revealed at a middle-school race, was packed off to Hubei to tixiao — a sports boarding school — at 11 years of age, as there were no places available in his native Yunnan. "Did I miss living in my village?" he sneers. "What would I miss there? Planting crops? I only missed my family."

Forged into an elite marathoner with a personal best of 2 hours 16 minutes, Qi then broke off with the system and went into trail running. At one such race he met Yao Miao. The two got together and became the first couple of Chinese trail running, with Qi Min as the coach.

At first, their training was basic and tough, and at times very unscientific, fueled by talent, toughness and athlete's pride. "I don't drink or eat anything during my 50-kilometer runs in the mountains," said Qi Min to me once during a long run together in Dali, thus reducing my modest water bottle to a symbol of my profound weakness.

Endowed with tremendous speed, the reluctance to stop and eat or drink at checkpoints — a must in ultra-marathons where runners are on their feet for hours and hours — has been the hallmark of Qi, Shen and Yao's success. It has also led to spectacular blow-ups during races abroad.

One of the problems was finding food in Europe. The rice noodle-guzzling Yunnanese were unable to stomach the mashed potatoes and pasta served at checkpoints. "I do not eat Western food, even chocolate makes me throw up," grumbled Qi Min. Last year, during his two months of training in Europe, Qi lived off slabs of meat he cooked himself, garnished only with spices he brought specially from China.

Being monolingual is another issue, and it has cost Qi Min dearly. At last year's UTMB, unable to understand a word of what race staff were asking him about his tracking device, he was held at a checkpoint mid-race until the issue was cleared.

The delay was exactly the margin by which Qi lost his lead and eventually came second in one of the world's biggest races. "I may have actually understood them [race stuff]," laughs Qi. "But for some reason, they tried to speak to me in French first, and then in this French-accented English. I did not recognize one word!" To his great credit, Qi never made a fuss.

Yao Miao, now ranked second in the world, has been more successful than her coach/boyfriend/training partner Qi Min. She walks around with the latent power of a prize-fighter — wide shoulders and long legs unencumbered by anything but muscle. Yao grew up one of six sisters, in a village in the back of beyond of Guizhou Province.

Recruited into tixiao at 15, but then discarded at 20 for not being fast enough, she "felt like I was already a failure in life. I wanted to join the army. But, of course, I could not, because my family had no connections." Her only chance was to try her luck in ultras, where she proved lethal, and at the highest level. Last year she won Hong Kong 100 in record time, then came second at Lavaredo Ultra Trail, and last August crushed the world's best with ease at the 101-kilometer CCC division of the coveted UTMB, shocking the trail running community.

The Yunannese trail runners are now feared and respected at race line-ups. In Europe, they have an aura of exotic mystery about them, arising, in part, from their inability to communicate. But at least no race announcer gets their names wrong anymore.

Lots of high altitude training (everyday life) benefited Ethiopian runners, not it is Yunnan's turn. Go for it.

Great news. Thanks Pavel and I know you've put a lot of effort into making this happen.