By Benjamin Campbell in Travel on February 8, 2017 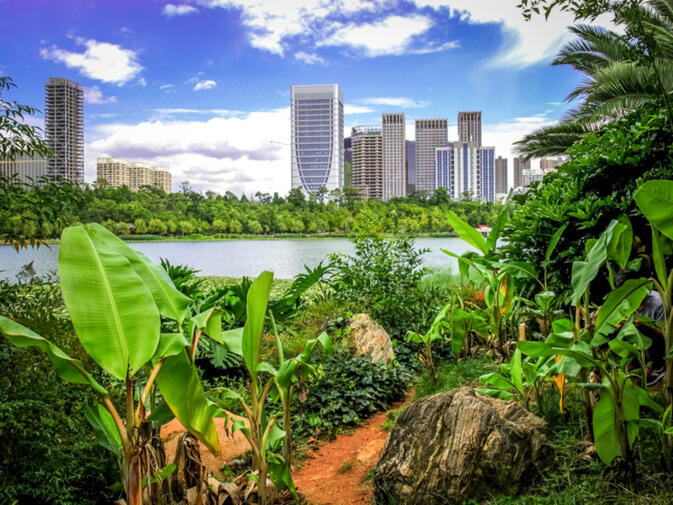 Chenggong (呈贡), Kunming's sprawling urban expanse to the south, is slowly shedding its ghost city moniker. For the better part of a decade, the 'new area' of Yunnan's capital has sat like an exceedingly expensive but forgotten bauble — a collection of absurdly wide avenues bereft of traffic, punctuated by row upon row of empty high-rise apartment towers.

But there are signs of life, aided by several government efforts to force vitality into the once-moribund undertaking. The first major step occurred several years ago, when Yunnan, Yunnan Normal, and the provincial Science and Technology universities — among others — built entirely new campuses more than 25 kilometers south of the city center. 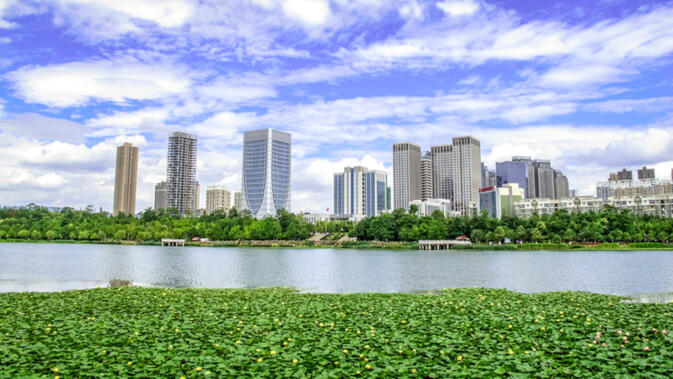 Most government offices and service departments — such as the licensing and tax bureaus — were quick to follow suit. Aiding the further development of Chenggong, and certainly injecting some much-needed life, was the requirement of many university and municipal employees to purchase steeply discounted apartments near their new workplaces.

And so the long, leisurely process of populating a city which did not exist 15 years ago picked up speed. A trickle of merchants followed the new tenants, and mega-shopping centers such as the absurdly huge Luosiwan International Trade City wholesale market began to fill up with retailers. 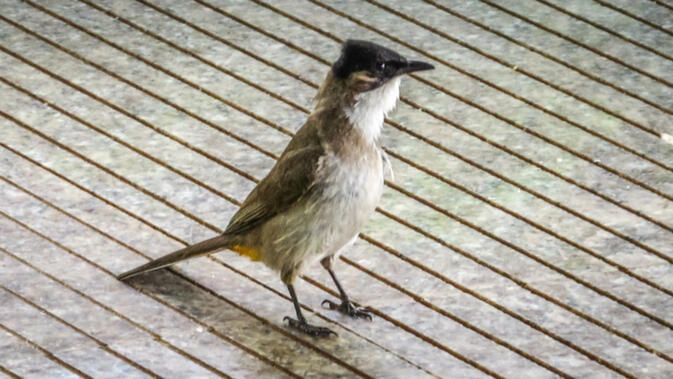 The opening of Metro lines 1 and 2 further improved access to Chenggong, while brand new arrivals, including the Kunming South Train Station, have also aided the area's maturation process. Today, lively clusters of activity have sprung up near the campuses, while other pockets of humanity continue to grow, replete with markets, restaurants and scattershot nightlife options.

In an effort to raise the quality of life, as well as attract more homebuyers, Chenggong is in the process of building several public green areas. The largest of these is Luolong Park (洛龙公园), located just about mid-way between Kunming's downtown and the southernmost end of the new city, just north of the Chunrong Jie Station (春融街站) on the Metro. 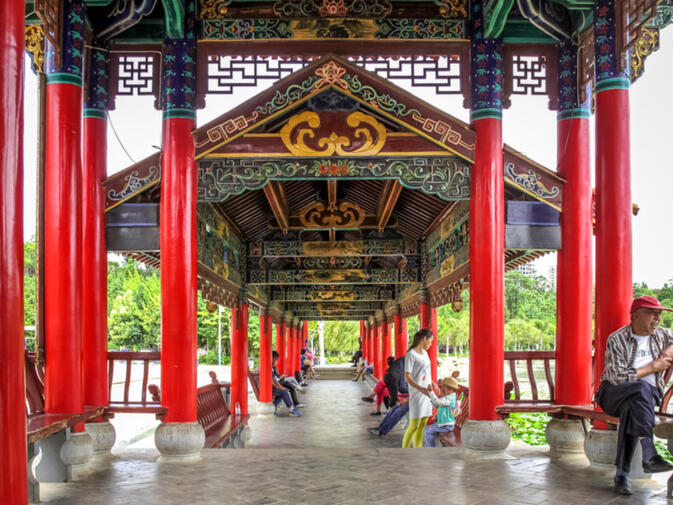 The park was wholly built from scratch over the course of several years, beginning in 2006, bulldozed and excavated from what was once village farmland. It stretches nearly one kilometer from east to west and encompasses an eponymously named lake, several quiet walking paths, bridges and a large, central square adjacent to the water.

Other than the lake and nicely manicured grounds, one of the park's biggest attractions is Long Pavilion (长亭), which fronts the square and overlooks the lotus-covered fringe of the lagoon. The decorative building has become a popular gathering place for families during the day and roving groups of musicians and dancing grandmas during the evenings. 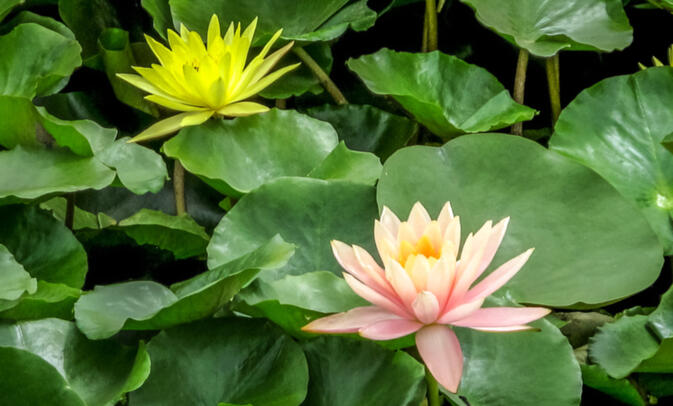 In addition to providing a much-needed green sanctuary for residents living near it, Luolong serves a second purpose. Built at a cost of 140 million yuan (US$20.4 million), the park is part of a strategy emerging across China to construct what have been dubbed 'Sponge Cities' (海绵城市).

The concept is currently playing itself out as part of a pilot program in Kunming's neighbor to the south, Yuxi (玉溪). The idea is to find ways to make metropolitan areas far more adaptive in the face of climate change, specifically by capturing and effectively reusing rainwater. 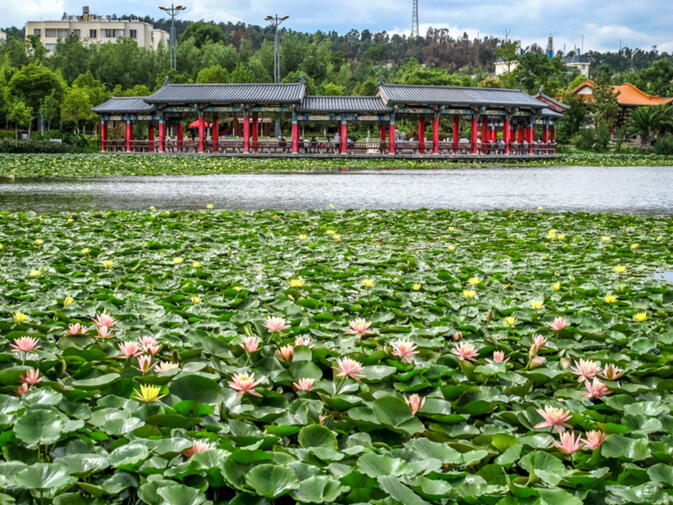 Yuxi has received 1.2 billion yuan (US$180 million) in government grants, while Kunming has been allocated significantly less. Nonetheless, Luolong Park is at least partially a 'Sponge City' project, designed as a type of emergency reservoir for times of drought, and constructed to absorb excess water during the rainy season.

Part of this blueprint includes the planting of enormous quantities of hydrophilic — or water-loving — plants which are little effected by floods and act as 24-hour wetland water filters. Thus, many of the roads and other infrastructure systems built around the park were designed specifically to drain into the Luolong catchment. 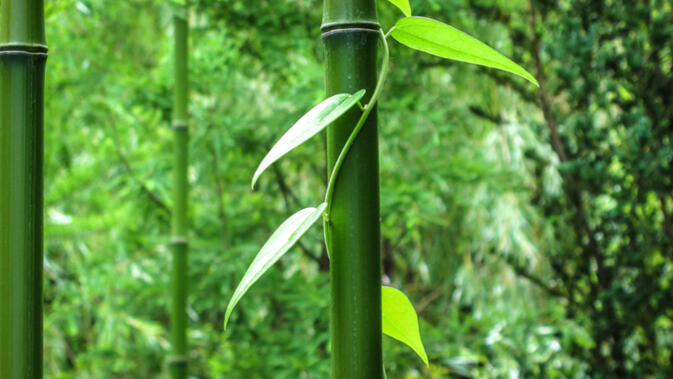 Despite such innovative roots, to most of those visiting the park, it simply provides a welcome and relaxing diversion from the growing thrum of city life in Chenggong. It was hoped by urban planners the lake and surrounding greenery would become a hub for socializing, and indeed this seems to be coming true, as residents of the area have dubbed it 'the new Green Lake Park'.

This article was authored by Patrick Scally, with all photos graciously provided by GoKunming contributor Ben Campbell. 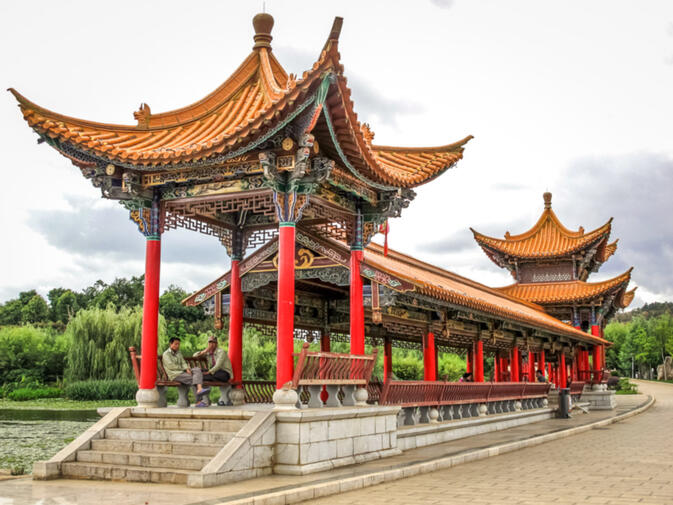 get to know each other