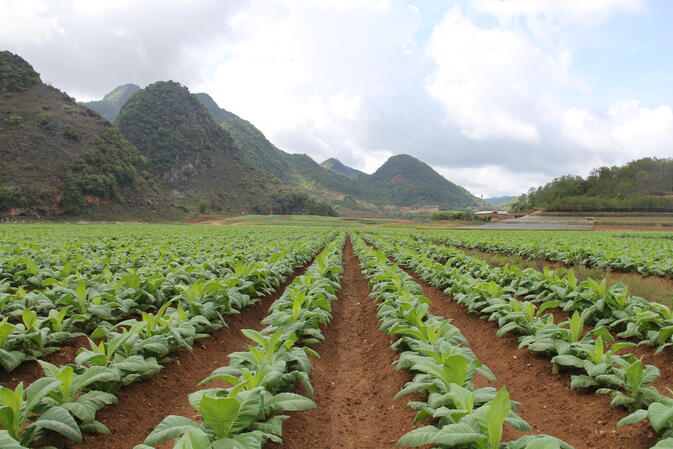 A moderate earthquake shook southern Yunnan on the afternoon of February 12, but caused little noticeable damage, according to a local police spokesman. The China Seismological Network reported a magnitude 4.4 temblor, while the United States Geological Survey rated the quake 4.5 on the Richter Scale.

Following the quake, emergency response teams were dispatched to Ning'er County (宁洱县). They reported no one was hurt. In Yunnan, houses in rural areas, many of them made with mud-bricks, are typically the most vulnerable structures during tectonic episodes and collapses often lead to serious injuries.

However, following a quick assessment of homes in Ning'er's Liming Township (黎明乡) — where the earthquake had its epicenter — authorities found no buildings with serious structural damage. As of this writing, a crew of 64 people and two rescue dogs had fanned out across the region to conduct more safety assessments.

Ning'er Hani and Yi Autonomous County sits 280 kilometers southwest of Yunnan's capital, Kunming. It is a mountainous place that, by Chinese standards, is somewhat sparsely populated. Locals make their livings through agriculture, with Pu'er tea and tobacco being the most profitable cash crops.

One day after the earthquake, people in Ning'er had already returned to their daily routines. The tremor, other than providing a brief jolt of excitement, was so slight as to barely be newsworthy. However, it is of note that it came only one day before the provincial government announced a new earthquake prediction project.

Officials in Yunnan and Sichuan unveiled a 30 million yuan (US$4.43 million) joint pilot program on February 13 designed to capture and analyze earthquake data from both provinces. That information will be fed into a supercomputer to create simulations that may be able to model and predict future quakes well in advance of them actually happening.