By Patrick Scally in Features on December 21, 2018 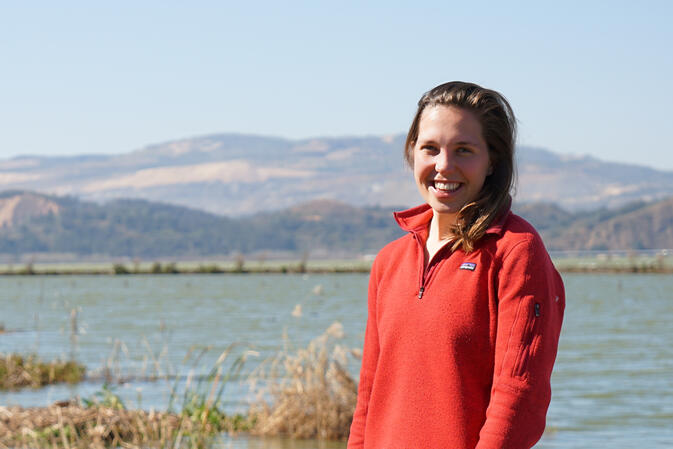 Elizabeth Tarbell spent the majority of 2018 on the shores of Kunming's Dianchi Lake (滇池). She was in Yunnan on a Fulbright grant — an US-based award providing research, study and teaching opportunities in over 140 countries — and is particularly interested in collecting oral histories about the lake from people who have lived through the totality of its story arc. Once a thriving and healthy azure blue body of water, the past several decades have seen large parts of Dianchi turn a sickly green, the result of decades of untreated waster water being dumped into the lake.

Tarbell was in Yunnan to document that precipitous fall and hopefully witness the beginning of a slow rebirth. Her research is broad, not focusing simply on oral histories, but also delving into issues surrounding water rights, indigenous groups dependent on Dianchi, and the effects tourism has on the lakeside communities. We sat down with Tarbell to talk about all of these things, finding ourselves refreshed by her cautious optimism toward the province's largest and most obvious environmental black eye. 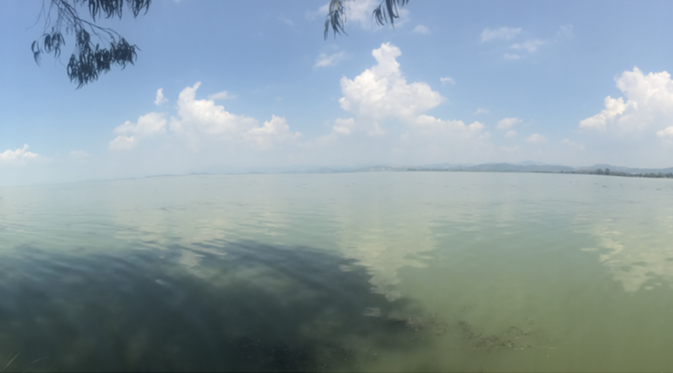 GoKunming: What first drew you to Yunnan?

Elizabeth Tarbell: Some of my family members live in China and have done work in journalism here. So I always heard about China through them during the holidays and it piqued my interest. For Yunnan specifically, it was a professor at my school, Bowdoin College, who also worked at Yunnan University, who made me want to come check it out for myself.

GK: For your Fulbright scholarship, you're specializing in water issues. Where did that interest come from?

Tarbell: I swam in college and grew up near the ocean, both of which kind of informed my ideas about environmentalism and led to an interest in the idea of green cities. Right now, Kunming uses the term 'eco-city' to define itself, and I took a class on North American environmental history — Love Canal and historical incidents like that. The same professor who I took Chinese from told me to come to Kunming because it had this huge lake that is facing environmental rehabilitation. He told me to come check it out. So I started working on the issues surrounding Dianchi Lake during my third year of college.

GK: So today, what is your research primarily concerned with?

Tarbell: It grew out of an honor's thesis in college, which was an examination of Dianchi Lake's environmental history from the late Qing Dynasty until today. I also looked into different power dynamics and changes in regulation of the lake during that timeframe. So what I'm focusing on now is Dianchi's present day situation, basically from the 1970s until now – looking into how ethnicity and the stress on 'ecotourism' is shaping life around the lake and affecting the environment of Dianchi.

GK: How on earth did you find Qing-related records?

Tarbell: I was fortunate enough to find older travel gazetteers and journals written by people like Joseph Rock. I also read old archival records from the Yunnan Daily. Some of it was in script, while others were calligraphy, or traditional characters. So it was a lot of work. I also went to several libraries, the Yunnan archives and the Yenching Library at Harvard to collect information. I basically cobbled together information from all of those sources. 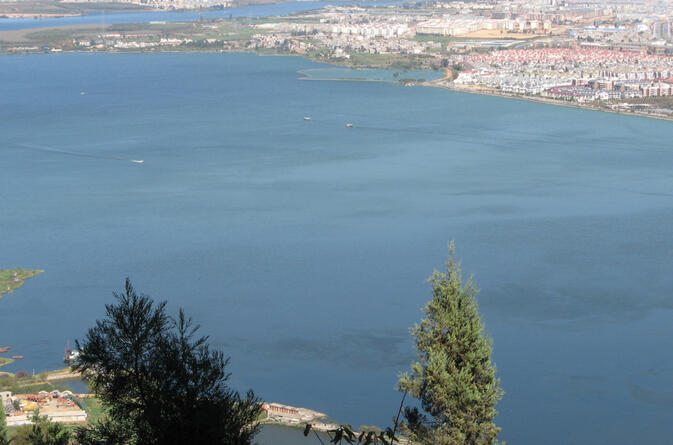 GK: How else did you go about collecting information on the lake?

Tarbell: I'm on a ten-month grant. I spent the first two-and-half working on site visits to determine which places make the most sense for my research – biomes, topography and distance to the lake. I also had to see if I was a fit for the village leaders. Then I spent the middle five months, beginning in April, going east to west, then north to south, around the lake. I spent about a month at each place.

It took about two weeks to get to know the villagers, getting them comfortable with me being there. Then I would conduct interviews, mostly with people 70 and above who were alive to see a Dianchi that was clean and could tell me their memories. I also interspersed those interviews from the older people with people about a generation younger to corroborate the stories. It was a combination of on- and off-the-record interviews, with the goal of getting everyone to eventually go on-record.

In August, I went to Haigeng Park and the Yunnan Nationalities Village to interview workers engaged in ecological and ethnic tourism. Then I also spoke with tourists to see how their experience of the lake paired up or contrasted with the villagers I had spoken to. The final two-and-a-half months I prepared all of my data for a conference at Yunnan University about the oral history of Dianchi. I was able to submit an essay there. I was just one of many at the conference, so didn't really get a chance to get much feedback.

GK: You are also turning at least some of your research into a podcast. Can you tell us about that?

Tarbell: I'm particularly excited about the podcast because I think it's a great entry point for people who aren't familiar with Dianchi, both nationally and internationally. It's a way to find a hook into things that concern Kunming and also addresses greater issues of water rights — in this warming world, how do we negotiate the preservation of indigenous cultures with the pressures of economic development?

So, what I want out of this project is not necessarily professing some argument or critical insight, but instead to present these voices and experiences and stories from people who have an image of Dianchi Lake that might never be seen again. I want to address how do we remember, celebrate and dig in harder regarding our natural resources and the people who live off of them. 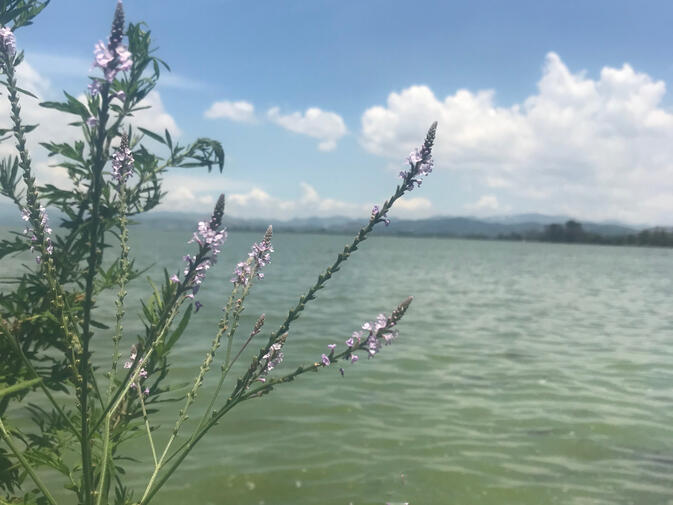 GK: The people you spoke with and interviewed, are they typically optimistic, pessimistic or ambivalent concerning these types of issues?

Tarbell: It was pretty wonderful to hear from older people. You could see the joy in them talking about memories of Dianchi. People really lit up and got energized talking about cutting class to go swimming in the lake just beyond the school walls. From the younger crowd, I got the feeling there is a sense of nostalgia for something they've never had.

But in general, from what I've heard, there is great optimism for the way Dianchi is headed. The annual fishing season is a sign for hope – just being able to pull big fish out of the lake again. Also, people repeatedly used Xi Jinping's phrases about environmental protection when they spoke with me, across age groups. There is great optimism that if he is so interested in the environment, then the effects of that interest will trickle down to Kunming.

GK: Do you think, especially regarding Kunming and Dianchi, that an interest in resource preservation is an outgrowth of what President Xi Jinping says and does, or something more longstanding?

Tarbell: Many of these people have been living off of and relying on the lake their entire lives. So, for them, it's not even a question that the environment is important, particularly this lake. This is true not just for Bai minority people — whose culture places a special emphasis on nature and the conservation of beautiful places — but also across Han Chinese, Hui, Zhuang and Yi populations. That's what I've gathered from the smattering of interviews I've done.

GK: Did anything you found or experienced while doing your research surprise you? Anything totally out of the blue?

Tarbell: I guess I definitely came in this year with a critical eye toward tourism. I was pleasantly surprised and happy I was able to open my eyes to see ways that it has actually had a positive effect — how it can be a positive marker for change among these lakeside villages. I saw this happen on the western and southern coasts of Dianchi, with the construction of the lake ring road. Also, the budding strawberry industry that caters to weekend warrior cyclists.

GK: Is there a single big idea you've taken away from your time researching Dianchi Lake?

Tarbell: Dianchi has come in for a lot of criticism about so many billions of yuan having been dumped into lake clean-up efforts. But that is largely a consequence of location and complexity. There are definitely good lessons to be learned from a bad situation. There are things we can apply anywhere. The problems are not unique to China. Some lessons, where things are being done well in Yunnan, can be applied to situations in countries like the United States, and vice versa. 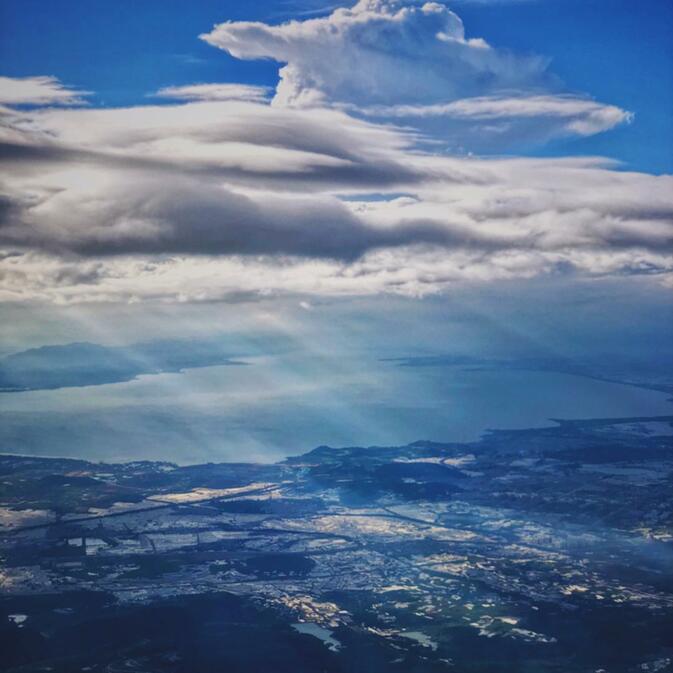