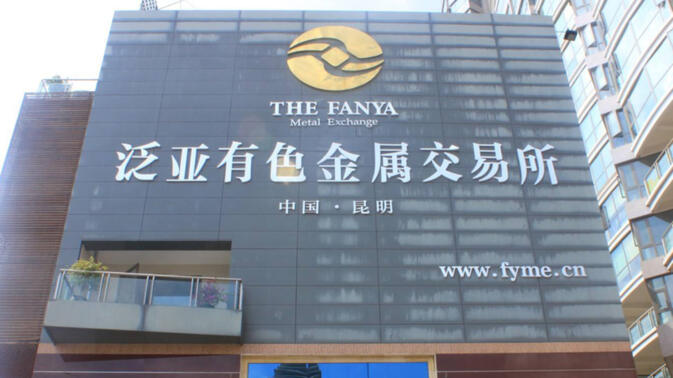 The last time we checked in on the benighted Fanya Metal Exchange, the CEO was in custody, all company assets had been confiscated by police and investors remained enraged. That was almost two years ago. This week, however, a Kunming court quickly held a trial for suspects involved in what many have labeled from the outset as a multi-billion dollar Ponzi scheme.

Legal proceedings were carried out on July 1 by the Kunming Intermediate People's Court, which tried 21 defendants for embezzlement and "sabotaging the financial order while causing great losses for investors" over a four-year period spanning 2012 to 2015, according to a Xinhua News report.

Although the trial is now over, no verdicts or related sentences have been handed down. The tightly secured proceedings concerned the head of the Fanya Exchange, Shan Jiuling, as well as the company's vice president, Yang Guohong. Between the teams for the defense and prosecution, 41 lawyers were involved in the proceedings.

At least 120 observers sat in the courtroom, although none of the 220,000 people who bankrolled the exchange through personal investments were allowed to attend, according to a Reuters report. No verdict was issued during the proceedings, and no indication has yet been given as to when one might be expected.

The investment house — officially called Kunming Fanya Non-ferrous Metal Exchange (泛亚有色金属交易所) — was founded in 2011. While it existed, Fanya was China's only government-sanctioned stock exchange of its kind. It experienced massive capital inflows over the first five years of operations by offering a limited portfolio of futures options in 14 obscure elements. These include indium and germanium, which were stockpiled by Fanya and warehoused in Yunnan.

To drum up business, Fanya promised annual returns of above 13 percent to prospective investors. The exchange officially suspended all financial activity in July 2015, effectively freezing 40 billion yuan (US$6 billion) of shareholder money. Those who claimed to be cheated staged repeated protests outside of Fanya offices in Beijing, Shanghai and Kunming, largely to no avail.

In 2015, angry shareholders went so far as to seize Shan outside of his hotel and escort him against his will to a local police station. He was released after being detained for several hours and no charges were filed. Now that Shan and his associates have had their day in court, all Fanya investors can do is wait a bit longer in hopes that the Kunming court will rule in their favor.

Nail them. But no executions.

The reason why 220,000 investors kept in the dark and why no verdict is because those at the top either involved or fooled by the fraud want their ROI as first priority. After all, this was the only government sanctioned stock exchange. If Fanya can't return investments with at least 13% returns then line up and shoot all those responsible....publicly along with a live broadcast on CCTV 1.