By Patrick Scally in Features on February 28, 2018 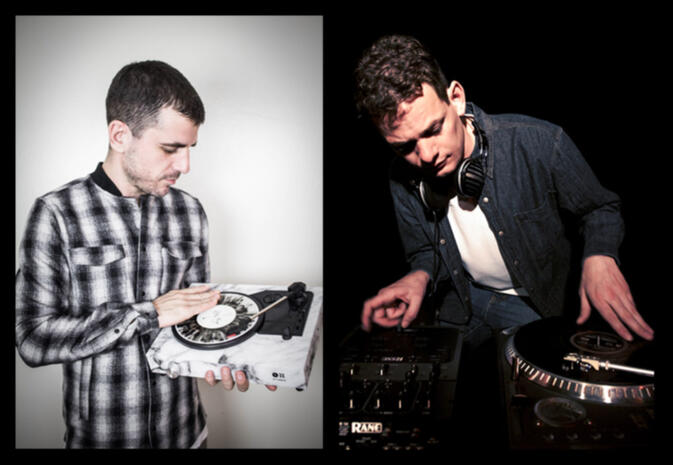 One of the best DJs in the world is coming to Kunming to help christen a new nightclub, brought to town by the Spring City's most influential turntablist, DJ DSK. By any measurement, DJ Brace sits atop the turntable world, repeatedly winning competitions as a solo artist and as a member of The Fresherthans. Both musicians will play at The Turtle Club, as the city's newest nightlife hotspot holds a weekend-long opening party March 2-3.

When performing solo, DJs Brace and DSK take their influences from many types of music — especially hip-hop — and have for 20 years. In the recent past, the Canadian-born Brace was named DMC Online Champion of the World in 2016, while his team the Fresherthans have twice won the DMC World Online Team DJ Championships, first in 2015 and again in 2017.

Getting Brace to Kunming is the joint effort of The Turtle and local entertainment and recording company DNA, a new collaborative project between DSK and entrepreneur Alex Foo. GoKunming caught up with both Brace and DSK for a few moments to talk about hip-hop, Lijiang, the indomitable Sade and their upcoming show.

GoKunming: Brace, as a kid growing up in Winnipeg, how did you first get exposed to hip-hop and DJing?

DJ Brace: I got into hip-hop through skateboarding, hearing it on boom boxes and seeing it in videos. Djing would come later, after I started listening to hip-hop on the radio. In fact, if I wasn't a DJ, I would be working in the skateboard industry.

GK: You both came up in the age of the first DJ competitions and then the advent of the internet. What was that like?

DJ DSK: When I started DJing, I was pretty young. I was about 13 when I bought some cheap DJ equipment with the dream of doing the competitions. That's what really got me started. I watched all the DMC videos and planned my own routines. But I come from a really small town outside Southampton...so I only ever did a few small battles, never really competed in anything big. Most people I knew got into producing. We all went to the battles but were more trying to make mixed tapes. Not battling is something I really regret now.

It was a really good way to connect with the community back then, when there was no internet. It pushed everyone to develop. I made a decision pretty early to travel internationally, so I just wasn't there for the battles. If I had stayed in the UK, the competitions are definitely something I would have done.

DJ Brace: We all live far from each other, but the internet brought us closer. I would say these days the relationship [between distant DJs] is very tight. People scratch with each other online, share videos and chat in the off-season of competitions.

GK: What's the best non-DJ live music performance either of you have ever seen?

DJ Brace: Bonobo, because he deconstructs something made electronically and brings it to life in such an organic way.

DJ DSK: That's a difficult one. In the late 80s, early 90s, one that comes to mind is when I DJed for a British ska band called Looney Tunes from Southampton. I did a gig with them in Portsmouth, I just loved the energy that British ska bands had on stage at the time.

GK: Brace, you came through China in 2016, what were the major highlights?

DJ Brace: Meeting all the different people who love scratching but had only seen it during my video shoots. Seeing all the culturally important areas that are so beautiful. Also meeting Dr Hou, an herbalist who is almost 100 years-old living in the town of Baisha. He is so inspiring. I recommend going to see him and buying some herbal remedies. My wife and I decided Lijiang had very many spots to check. Originally, we were not going to stay that long, but we fell in love with the scenery. Our hosts were so awesome showing us everywhere and making sure we got a good experience from it all. I guess it captured us. 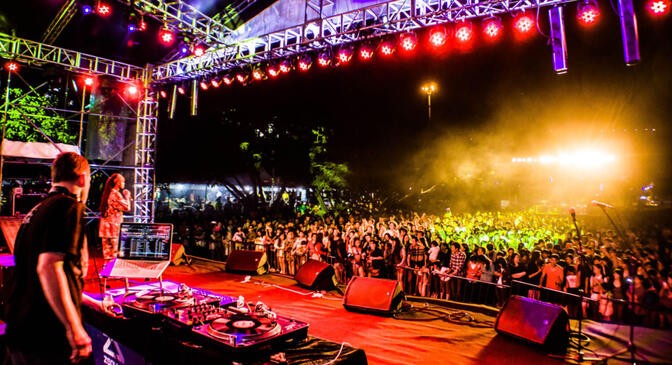 GK: If you two could grab a beer with any one person from history, who would it be?

DJ Brace: I don't drink beer, but I would have a scotch with Jimi Hendrix.

DJ DSK: If I had to have a beer with someone, it would be a strong drink instead. It would be with Sade. She's a vocalist I love — just amazing and classy. I'd try to get her a little drunk, then maybe I could get her to do some vocals for me, make a song with me [laughs].

GK: Finally, what can we expect from your show on March 3?

DJ DSK: Kunming's best hip-hop scratch DJs. Lots of them. Most will get around 45 minutes on stage. We've got a really good local DJ, Dizkar, who will spin real vinyl, which is very important to me personally. Seeing people enjoy the real stuff, digging the vinyl. For me to see DJ Brace live, it will be amazing. It will be a great party vibe. For people who want to see technique, skills and a very musical DJ — anyone who wants to see great turntablism — they need to come.