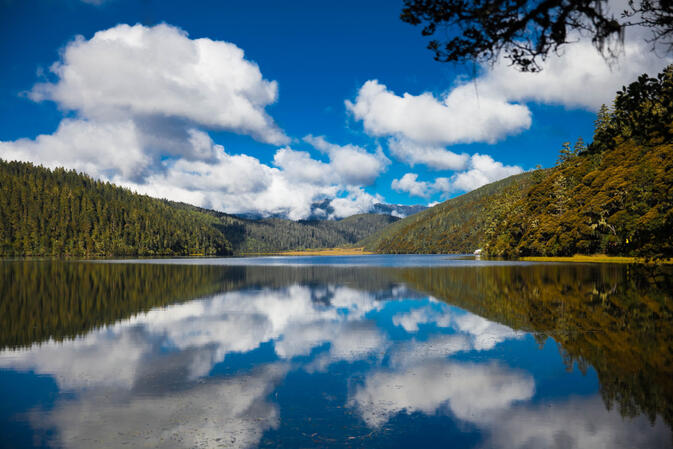 Today marks the beginning of China's nineteenth Communist Party Congress, a weeklong series of speeches and meetings through which government leaders will craft the country's next five-year plan. One topic lost amidst the conjecture that President Xi Jinping will be anointed the next Mao Zedong, are major environmental considerations. At least some of these concerns will be addressed through the lens of a tiny national park in Yunnan province called Pudacuo (普达措国家公园).

Xi has, in the past, publicly addressed the urgent need for a national park system designed to protect ecologically unique regions around the country. He has also explicitly mentioned both Qinghai and Tibet as bastions of biodiversity and the twin "water towers of China" that must be protected and preserved.

Two years ago, the Chinese government began to work in earnest on the establishment of a national park system at least partly concerned with conservation. International consultancy companies were brought in to collaborate with the National Development and Reform Commission. The goal was to standardize China's confusing classification system of protected natural areas, and from there create an overarching governmental management strategy.

Progress has reportedly been made, and President Xi and other government luminaries are expected to accelerate this process during the Party Congress meetings. While much will be borrowed from the system in the United States, Yunnan's Pudacuo National Park — with its elevated boardwalks, recycling program and no-entry areas — is also expected to provide a template. 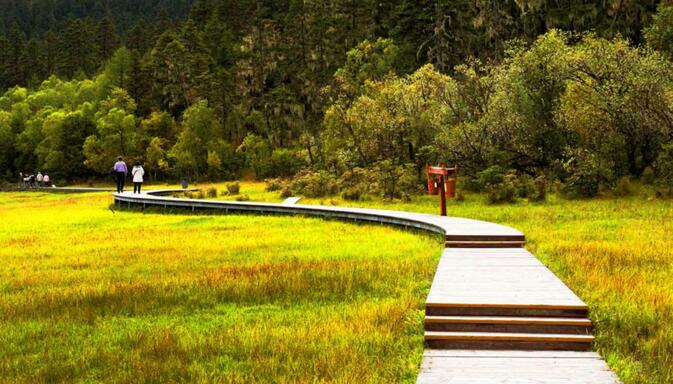 Nestled deep in the mountains of northwest Yunnan at an elevation ranging from 3,500 to 4,000 meters, Pudacuo is an integral part of the Three Parallel Rivers Scenic Area. It is recognized as much for its dramatic topological contours and rich biodiversity, as for its stunning natural beauty. Although covering only 390 square kilometers, Pudacuo contains more than 20 percent of China's plant species, roughly one-third of its mammal and bird species and almost 100 endangered organisms. It became China's first national park in 2007.

Pudacuo — and other protected wilderness areas in China — is what planners in Beijing like to call "Yellowstone National Park with Chinese characteristics". What that means is a nature reserve able to balance the demands of tourism and preservation, while also addressing concerns unique to the Middle Kingdom. Beijing bureaucrats argue that no matter how well a specific area is protected, people living in those places — especially indigenous minorities — must be allowed to continue to occupy their traditional homelands and follow age-old cultural traditions.

Now it falls to lawmakers attending the Party Congress to figure out how to accommodate the needs of rural ethnic communities while also safeguarding biological diversity and allowing for tourists. It is a complicated endeavor, and one Beijing plans to tackle over decades, not years.

To figure out what course of action works best, ten already existing national parks spanning 120,000 square kilometers — including Pudacuo — have been designated as pilot projects. The tentative plan is to give Beijing nominal control over the entire program, while provincial governments will be expected to oversee the creation of "laws and regulations" that best balance "conservation, ecotourism, scientific research, environmental education, and an enhanced national identity".

While short on details, by 2030, the results from all ten locations are expected to be analyzed and rated for success, with the most comprehensive measures from each implemented nationwide. Thirteen years is a long time and oversight will be crucial. It is in the hands of the Party Congress meeting this week to decide what funds will be made available and how to properly begin managing China's still-wild places.

This may explain the rumored plan in Dali, Yunnan... all guest houses within 100 meters of Erhai Lake are to be handed over to the government for oversight.