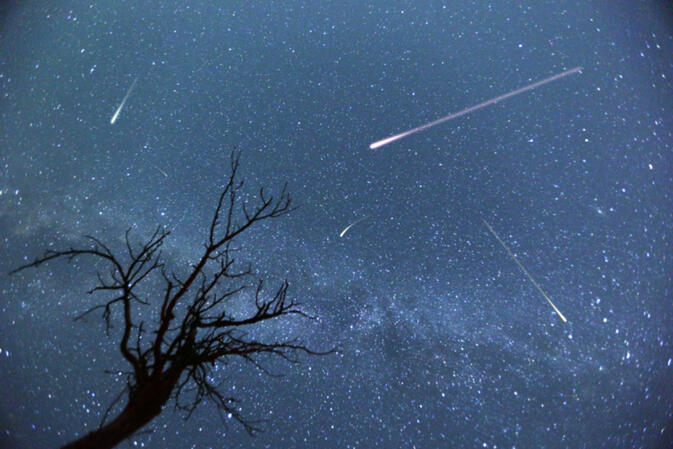 Way up in the mountains of northwest Yunnan, the city of Shangri-la is experiencing a wave of national interest and a curious mini-boom in tourism. The traveler inundation is composed mostly of amateur and professional meteor hunters. They are searching for the metallic remnants of a celestial body that exploded over the area as all of China gazed skyward while celebrating Mid-Autumn Festival.

Shangri-la (香格里拉) continues to recover from a massive 2014 blaze that destroyed more than 300 homes and businesses. Before the fire, tourism was a pillar of the local economy, but visitor numbers to this largely Tibetan area of Yunnan province have not bounced back as quickly as some would have hoped while the town rebuilt. For that reason, the national interest generated when the meteor detonated in the sky near Shangri-la has provided some timely and cost-free publicity.

Multiple news outlets from around China, especially those from wealthy coastal megacities, are filled with stories of enterprising people making their way to Yunnan and then searching frantically for celestial souvenirs at 3,000 meters above sea level. These include professors of astronomy, hobby collectors and enterprising merchants, none of whom have yet to prove successful.

Finding any trace of the meteorite is a daunting task. While plainly visible to those living in the city of Shangri-la, it actually disintegrated dozens of kilometers west of town while traveling at nearly 15 kilometers per second. Anything that remains following the airborne explosion is assumed by astronomers to be fairly minute, especially considering the meteor exploded with an estimated force equivalent to 540 tons of TNT.

Nonetheless, many people, including a scientist named Liu Jiewen from Hangzhou, continue to search rugged mountain terrain in the largely agrarian area for clues. Liu is accompanied by "astronomy experts" from Beijing, Shanghai and Sichuan, who are reportedly covering 150 kilometers of ground and 15 kilometers of elevation change per day during their search. They rented SUVs in Shangri-la and return there each night to sleep and replenish their supplies.

Liu likens his team's effort to any number of impossible tasks. "It's like chasing a rainbow. When you finally arrive at the end, you find your goal is still very far away," he said. And yet the search continues. Hundreds of people are engaged in the same behavior but, according to Liu, "anyone who says the've found something so far is wrong. They haven't found anything."

He is referring to yet another offshoot of the meteor hysteria — the opening of online shops selling fragments of the meteor. On Taobao, China's enormous version of Amazon, retailers are attempting to sell all manner of Shangri-la meteor souvenirs. The most expensive of these are between 8,000 and 10,000 yuan (US$1,200-1,500) per "genuine rock", with one audacious vendor attempting to sell single grams for 20,000 yuan.