The Dulong River (独龙江) flows south out of Tibet and into Yunnan province, where it runs for about 100 kilometers before hopping the border into Myanmar. The valley through which it runs is historically one of China's most remote, as the waterway drops more than 1,000 meters in elevation through extremely rugged terrain over the course of its brief sojourn through Yunnan.

Steep cliffs, lush but sometimes impenetrable forest and a near complete lack of infrastructure combined to keep outsiders at bay for centuries. But the valley is changing, and quickly, as the provincial government spent years and millions of yuan laying a new road into the once-undisturbed region.

In 2015, a group of intrepid outdoor explorers recognized that the Dulong Valley was soon to change, and decided to see it firsthand and document what they could before modernity and progress truly took hold. Their plan was ambitious — to navigate as much of the river as possible using kayaks. If successful, it would be the first known descent of the Dulong in these types of boats.

One of the members of this crew was Will Stauffer-Norris, an American filmmaker and outdoor enthusiast. He has floated rivers around the world, but considers the Dulong and its sometimes impossibly turquoise waters one of the most spectacular he's ever seen. We recently chatted with Stauffer-Norris via email about the journey and about the eight-minute film he put together about it. The movie begins with a quote from the writer Edward Abbey, and goes a long way toward capturing the motivation behind exploring the unexplored in the wilderness of Yunnan:

It is not enough to fight for the land; it is even more important to enjoy it. While you can. While it's still here. So get out there and hunt and fish and mess around with your friends, ramble out yonder and explore the forests, climb the mountains, bag the peaks, run the rivers, breathe deep of that yet sweet and lucid air, sit quietly for a while and contemplate the precious stillness, the lovely, mysterious, and awesome space.

GoKunming: For you, what was the most difficult part of the trip?

Stauffer-Norris: The hardest part was definitely the portages. Our kayaks weighed about 23 kilograms empty, plus about 14 to 16 kilograms [each] of food and camping gear, so they were very difficult to walk with. Sometimes we would hit rapids that were too dangerous to paddle down, so we had to carry the kayaks around the rapids and over big slippery boulders.

GK: How much planning went into the trip?

Stauffer-Norris: Quite a bit. Tom McClay, a Brit, managed to secure a grant from the Winston Churchill Memorial Fund quite far in advance, so we were working on the logistics for many months beforehand.

GK: Did you accidentally forget anything important or lose anything along the way?

Stauffer-Norris: We broke several of our kayaks on the trip by cracking them on sharp rocks. When you're that remote, the only way to deal with it is to weld the broken bits back together. We did this using a Whisperlite stove to heat up the plastic!

GK: What was the most stunning sight?

Stauffer-Norris: There were some canyons that are so inaccessible that only kayakers can see parts of them — no trails, no roads. Those are my favorite places, the secret little canyons that you know few people have ever seen or will see. 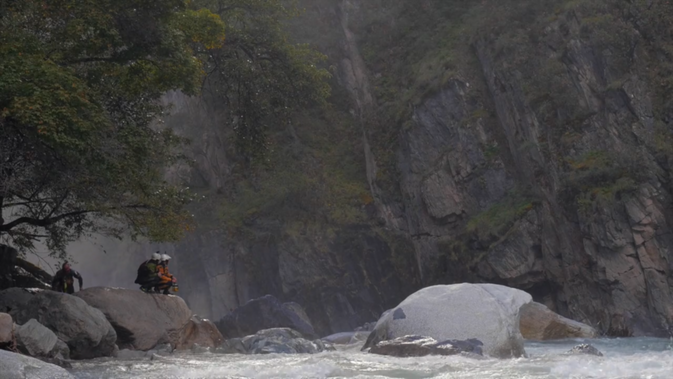 GK: You've paddled the Grand Canyon and many other stunning river valleys, where does the Dulong rank?

Stauffer-Norris: The Dulong is definitely one of the most beautiful places I've ever been. In a lot of ways it reminds me of the American Pacific Northwest, with its giant mountains and abundant rainfall. To me, the coolest part about the area is that it feels like it's a frontier. Not only had it not been kayaked before, but it is also the edge of China, so few people have even hiked in that area.

GK: Have you been back since?

Stauffer-Norris:That trip was the second time I've been to the Dulong, but I haven't been back since.

GK: You stopped in ethnic Dulong villages along your descent. What do you remember most from those little forays into civilization?

Stauffer-Norris: The Dulong is known for its older tattooed women. We met a few of them — with tattoos covering their faces — who were very hospitable. One thing that really struck me was how welcoming most people in the valley are. I think when you live on the edge of civilization, people take more time to help one another. 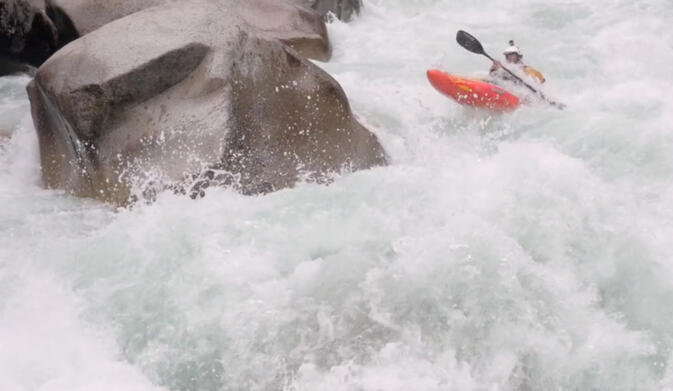 GK: There is a road through the valley now, what do you think the introduction of tourism and Chinese-style development means for the river and its native people?

Stauffer-Norris: The new road is going to change the valley profoundly. I think the magic of the Dulong Valley exists partly because of the difficulty of access. The new road will destroy a lot of the wildness of the upper Dulong River, exactly where we paddled through. If you are thinking about visiting the Dulong, the time to go is now.

GK: Profound vistas like those of the Dulong River Valley can sometimes lead to some pretty profound thoughts. Any epiphanies during the trip?

Stauffer-Norris: There are many opportunities in life, and many chances to say no. I almost did not go on this trip for a variety of reasons, but looking back, it's one of the most memorable experiences of my life. I think it's super important to occasionally do things that push yourself more than you ever thought possible — that's what this Dulong expedition did for me. 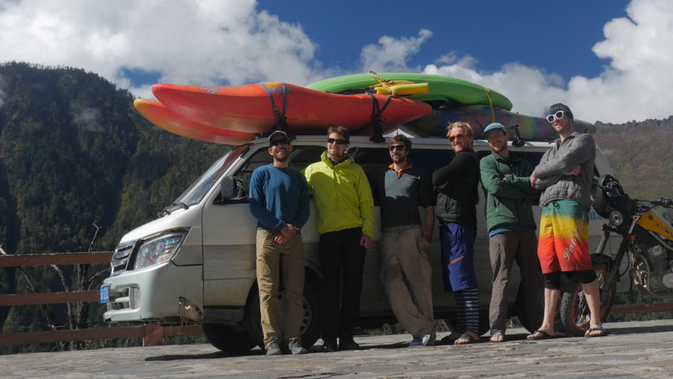 Wow, awesome! That video really transported me. So many amazing places in rural Yunnan. Very inspiring what these guys are doing. Thanks for sharing this story with us, Patrick.