By Patrick Scally in Features on September 20, 2017 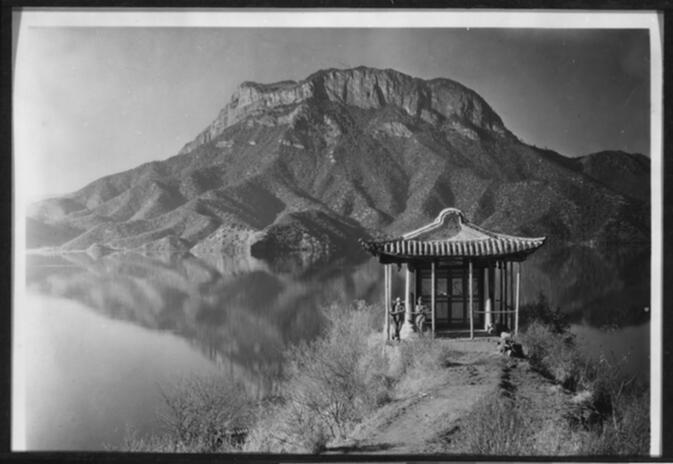 For the past several weeks, GoKunming has published a series of articles featuring photographs by Joseph Francis Charles Rock, the Austrian-American author, geographer, linguist and botanist who explored western China extensively in the 1920s and 30s. We began in southern Yunnan and then made our way north and then west, seeing what caught Rock's fancy as he moved through the countryside.

His photo titles are often extremely brief, so, wherever possible we will include his field notes or parts of corresponding diary entries under each image. On this journey with Rock, we first went to Simao (思茅) — today called Pu'er (普洱) — and then moved on to Dali (大理) and Lijiang (丽江). Our fourth gallery was of the Naxi people (纳西族) who live in and around Lijiang. 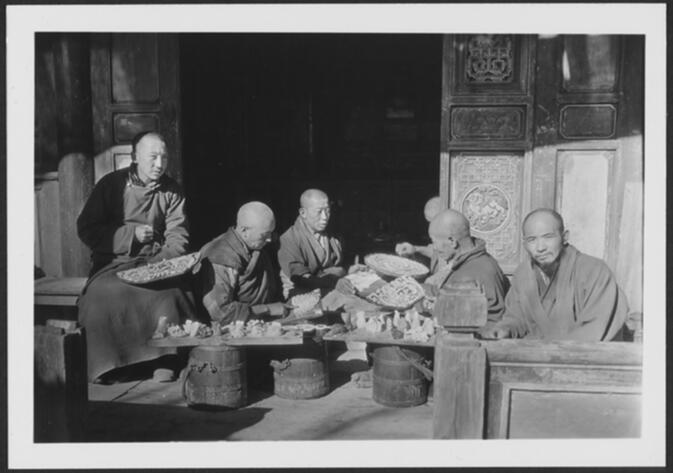 Eventually, after more than ten years of extensive travel in western China, Rock visited Lugu Lake (泸沽湖) in Yunnan. Today the bucolic area is known for the oft-misunderstood Mosuo people (摩梭) living around the lake and its stunning backdrop, Lion Mountain (狮子山). Rock was of course interested in them, but was perhaps more enamored of the nearby Tibetan lamasery called Yongning (永宁寺), which still stands today.

Rock's photo titles and descriptions use a Romanization system he possibly invented on his own. For instance, he often writes 'Yongning' as 'Yung-ning', while in other places the name is inconsistently spelled. We can forgive him, as his photos provide an amazing view of southwest China as it existed 90 years ago. The pictures and text are published here with permission. Special thanks to the Yenching Library at Harvard University for graciously allowing us to use them. An enormous collection of Rock's China photos are available through Harvard's HOLLIS image database. 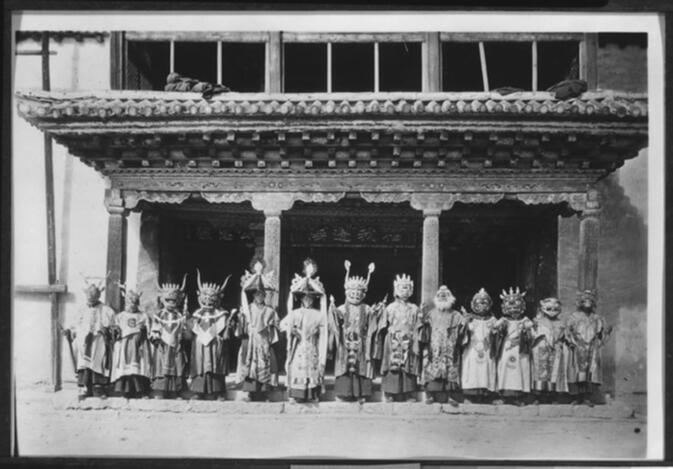 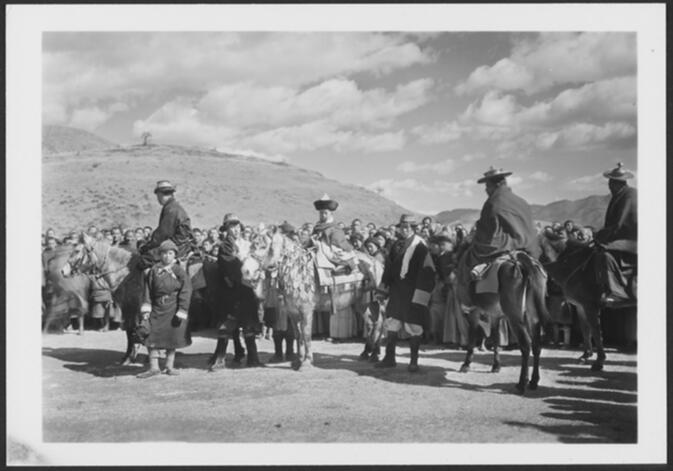 Lu zo, a young tulku or recognized reincarnation of a Bodhisattva, mounted on a horse with decorative trappings and surrounded by attendant lamas and on-lookers during his installation as Lhasa Incarnation in Yung-ning 1931 or 1932 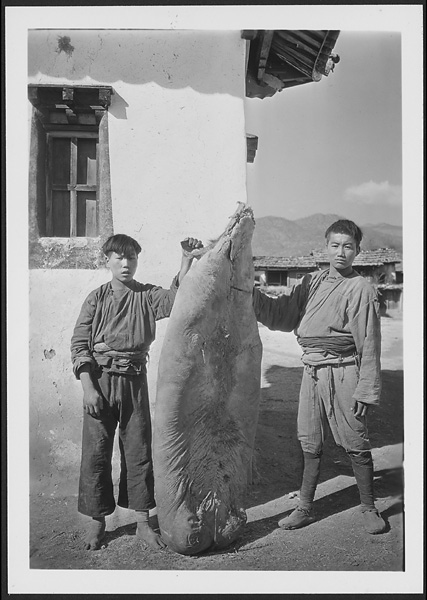 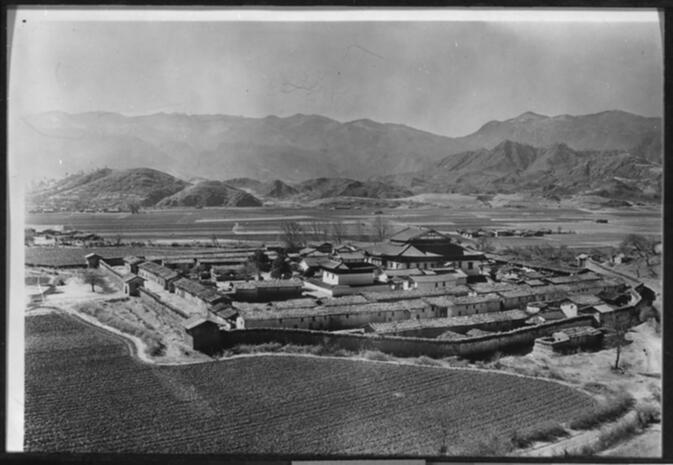 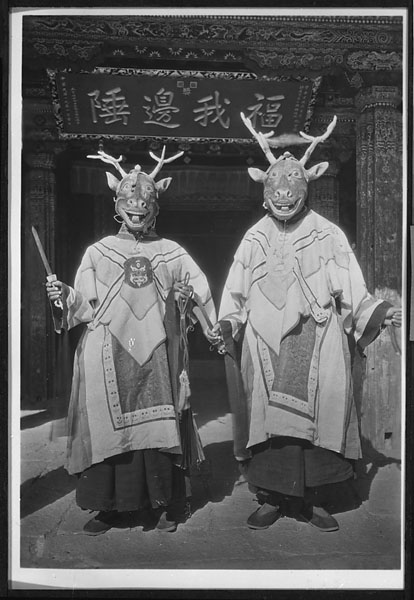 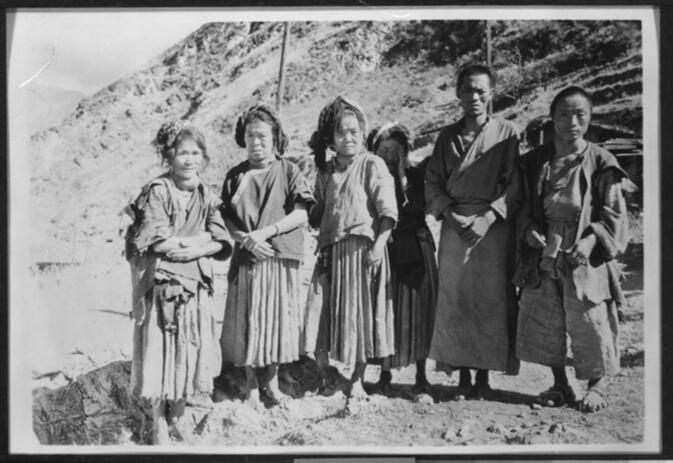 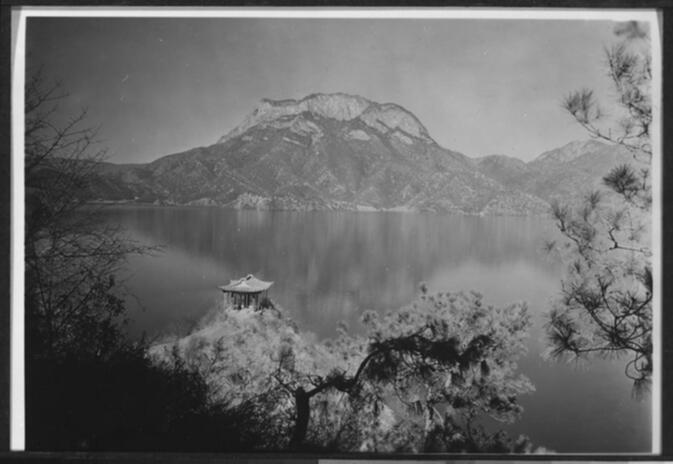 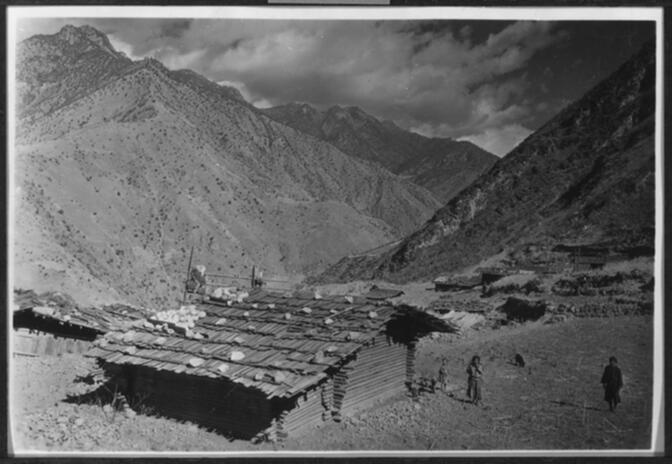 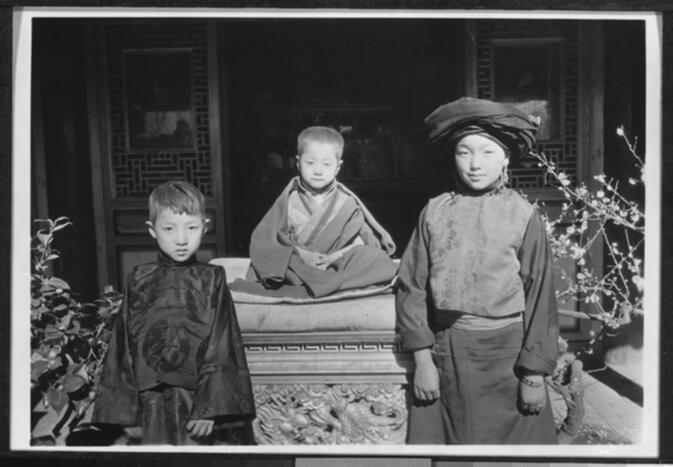 Two masked dancers representing central and northern gShin-rje sngon-po, the blue Lords of the Dead, with scepter, scull cup, drum, and arrow at Yung-ning Lamasery during the Dtor-ma (gtor-ma) Festival 1931 Installation of Lhasa Incarnation at Yung-ning 1931 or 1932

"He is the son of the Yung-ning Tsung-kuan or Governor." Lamasery building, tree, and lama priests at Yung-ning Undated
© Copyright 2005-2021 GoKunming.com all rights reserved. This material may not be republished, rewritten or redistributed without permission.

Amazing archival photos. Nice work showing the history of this out of the way place.