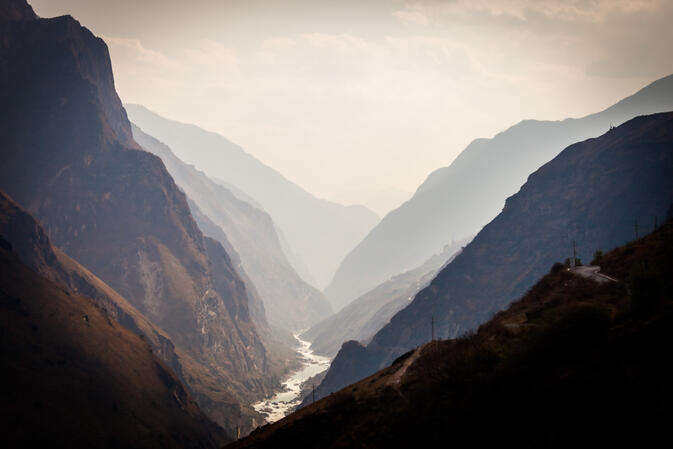 The following article was originally published on website chinadialogue, and discusses the current concerns and problems facing Yunnan, and China, in terms of the hydropower industry. The piece is reposted here in its entirety.

Energy demand in China is slowing. This is causing a major headache for the hydropower sector, which has invested heavily in new projects in recent years. The continued construction of hydropower, as with coal, has led to surplus capacity, tumbling profits and an unbalanced national energy system.

Rather than address this problem, the government's new 13th Five-Year Plan for the energy sector, may actually make it worse. The plan proposes to halt the construction of small- and medium-sized hydropower plants while adding new mega hydropower projects in the country's western provinces. It hopes to solve overcapacity by transmitting more electricity from the west to the energy-hungry cities of the east. But experts say this will be difficult to achieve in practice. 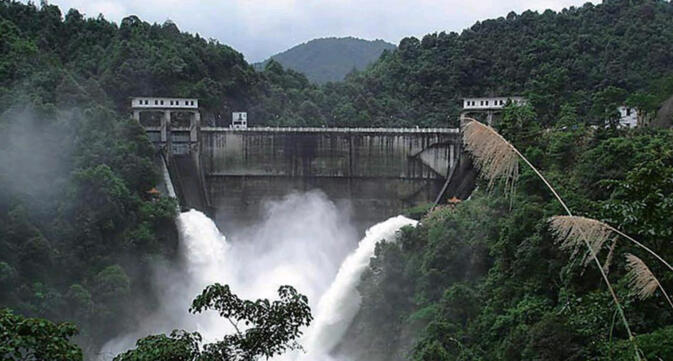 Cutting back on small hydro

The southwest provinces of Yunnan and Sichuan have particularly rich hydropower resources because they are located where several of Asia's major rivers flow. The Jinsha, which becomes the Yangtze further downstream, flows through Sichuan. In Yunnan, two of Indochina's most important rivers, the Lancang — which becomes the Mekong — and the Nu, or Salween, flow almost parallel through deep mountain gorges.

In July, Yunnan indicated that no more hydropower plants of less than 250 megawatts would be built and that existing ones would not to be expanded. Sichuan followed in October, announcing that until 2020 projects of 50 to 300 megawatts would only be approved if they helped alleviate poverty and energy shortages in remote areas.

The decision to curb small-scale hydropower generation in these provinces is motivated by economic concerns. China's hydro sector is suffering from a glut of capacity nationally, and there is little incentive to connect additional small hydro plants to the grid. Without the means to export power, water that could be channeled into turbines to produce power just flows away.

"By halting [construction] we can make better use of existing capacity," said Zhang Boting, deputy secretary of the China Society for Hydropower Engineering.

Yu Xiaogang of Yunnan environmental independent organization Green Watershed told chinadialogue that small-scale hydropower has already reached its peak potential in the province. "Smaller facilities face specific technical issues. The fact that grid operators are unwilling to hook up to smaller plants means that the electricity generated can't be sold," said Yu. "In the past, [hydropower producers] would make their money back in the first decade, now it generally takes two. [The sector] is much less profitable for incoming investors, nowadays," he added.

However, smaller plants do have some advantages over larger mega projects; their environmental impact is smaller, and if located appropriately, they can supply power to remote areas in need of energy. The government has acknowledged these factors in its plan, which supports "the use of small-scale hydropower in remote off-grid areas, for poverty-relief and development". 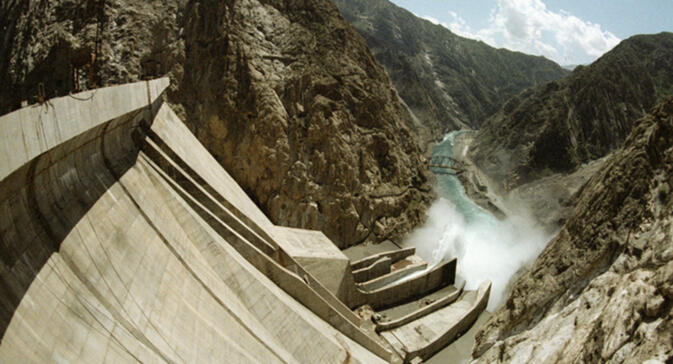 Caught out by the market

Experts argue the government's focus on halting small-scale hydropower projects is misplaced and that it will have a limited effect on alleviating the problem of surplus capacity.

China is the world's largest producer of hydropower, with 80 percent of potential hydropower resources concentrated in Yunnan, Sichuan and Tibet. Together with Guizhou and Guangxi, these southwestern provinces are where the government is calling for the development of major "hydropower hubs" — areas of rich hydro resource that will be prioritized for the construction of mega hydropower plants. The 13th Five Year Plan for the hydropower sector names six hubs or areas. These include the upper streams of the Yangtze and Yellow River, Wu River, Yalong River and Dadu River, and others, with a total expected capacity of over 100 gigawatts.

Construction of these hubs has been encouraged in the 13th Five Year Plan that was released early in 2016, the sub-plan for energy development approved on November 17, and the National Energy Administration's guidance for 2016. 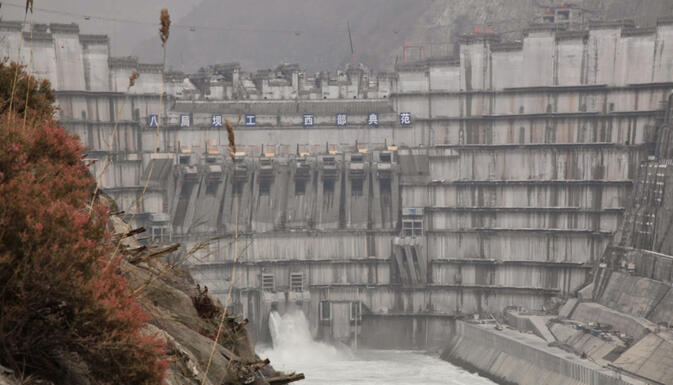 The proposals to develop hydropower hubs and increase total hydropower capacity come at a time when China's economy is slowing down and energy demand is flattening. Existing hydropower projects are already underutilized in provinces such as Sichuan and Yunnan.

The situation in Yunnan is similar. Data from CNEnergy, the official site of China Energy News, shows that wasted hydropower capacity in the province is expected to rise ten-fold between 2013 and 2015, reaching more than 10 billion kilowatt hours. The flood season of 2014 saw sustained daily losses of 330 million kilowatt hours, which cost Yunnan almost 100 million yuan (US$14 million) a day in lost revenues.

The latest figures from the National Energy Administration show growth in energy demand fell from 12 percent in 2011 to less than one percent in 2015. The coming five years are expected to see growth in demand of between 3.6 percent and 4.8 percent. This is partly a result of ongoing efforts to shed excess capacity in many industries, which represent the bulk of China's electricity consumption.

Fan Xiao, chief engineer of the Sichuan Geology and Mineral Bureau Regional Geological Survey Team, told chinadialogue that because the construction of hydropower plants is a lengthy process it is not possible to react quickly to shifts in demand. This means that projects started during a time of economic growth are coming online even though new electricity supply is outstripping demand. 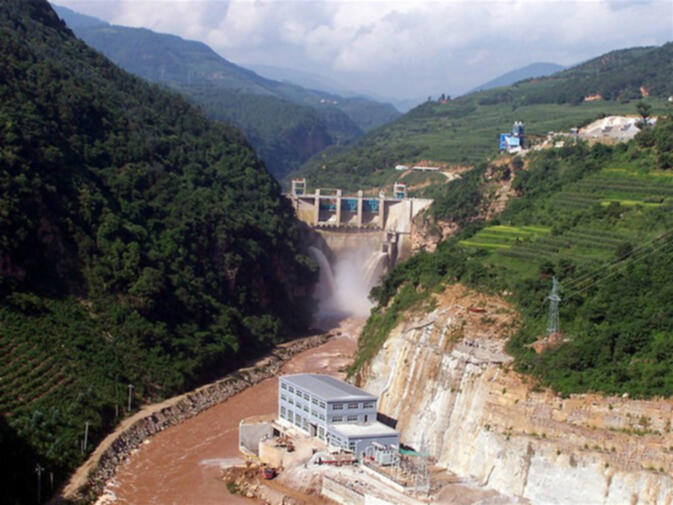 Despite the lack of demand for new hydropower, the 13th Five-Year Plan still includes plenty of large-scale hydropower projects.

Fan offers two reasons for this — first, local governments hope the projects will boost the local economy and increase tax receipts. Second, the projects are usually built by large state-owned firms that have deep pockets and strong lobbying power. Major hydropower projects are needed to keep their operations going.

In an effort to tackle the wastage problem, the new plans propose linking hydropower hubs to Guangdong and southeast China, to provide consumer markets for the electricity.

This is part of the West-East Electricity Transfer Project, a national strategy to bring power generated from coal and hydropower in the west to the developed east of the country where demand is much greater. In so doing, the initiative seeks to boost economic development in the west.

The problem with this initiative is that hydropower is competing with cheap coal-fired power. "Electricity sector reforms and the development of the market economy means that thermal power plants are being built everywhere; they are so cheap that hydropower can't compete," explained Fan Xiao.

"And [hydropower] only gets more expensive when you have to transport it all the way across the country," he added.

There is also resistance by local governments in the east to importing power from the west. For local governments, buying local thermal power is cheaper and easier to manage than long-distance power transmission, and building thermal power stations can also drive investment and GDP growth, according to one industry insider. Also, as demand for energy slows, eastern provinces simply have less need for additional sources of electricity.
​
Zhang says that the current market is encouraging over-expansion of hydropower whilst failing to address excess thermal-power capacity. Unfortunately, the current market structure does not provide a level playing field for different forms of generation. Instead, it is encouraging over-supply of all forms of power generation.

China is ramping up the use of e-vehhicles - which should take some of the capacity. I'm also wondering about whether we're exporting power to SE asia, which would seem to be an excellent market, and to the middle east where they DEFINITELY need power along the OBOR (one belt, one road).

@Michael: in referring to the 'middle east', you mostly mean Central Asia, no? If not, I don't understand how your statement can apply to Iran and the Arab countries.

um...yes - I actually meant central Asia - neighboring countries closer than say Shanghai, that would appreciate energy and be willing (maybe) to pay competitive rates for it (as opposed to just dumping the power potential).

@ michael: Got your point. Southeast Asian countries are closer, but then Viet Nam, Laos, Myanmar have plenty of hydroelectric power generation potential of their own, although some of them (Laos, for instance, which can and to some extent does provide power to Thailand) probably don't have the cash to develop it. Rather doubt that Viet Nam, for one, would want to become dependent on Chinese power generation.

Then again, Chinese, as well as Lao and Thai, hydroelectric potential seems to be screwing up the Mekong for many in Laos, Thailand, Cambodia and the Mekong Delta in Viet Nam.

Isn't the government trying to shift away from dirty coal powered plants, to embrace "cleaner" energy like hydro, nuclear and natural gas? Considering over 70% of their electricity comes from coal, I really don't understand how you can have too much hydro. Is the energy source too far away from the demand?

Plenty of articles about problems caused by hydropower. 'Cleaner', well, maybe, but clearly not good enough in the long run, which is going to require further development of solar, geothermal, wind, etc. It's going to be expensive in terms of money, but that's where the money has to be put in. In the meantime, maybe you've got a point, but the meantime isn't going to last all that long, and it's probably not a good idea to move too many people around, silt up dams, ruin fisheries, risk dam collapses in earthquake-prone areas and all the rest...no, I don't know a lot about this stuff, and burning fossil fuels, including natural gas, is obviously lousy, and nuclear power is really good and clean and safe until it isn't (Japan, not long ago)...okay, I'm no expert.

Coal may seem 'cheap', actually it's very expensive in terms of the pollution and the knock on effects of said pollution, which are very expensive to 'fix'. It's just that the plant don't pay these costs of it, they are 'externalised'. Slap a big dirt tax on coal, and watch how quickly the highly populated provinces start using cleaner energy like tidal, solar, wind, nuclear, hydro.