January 20, 2021 "Hello , I am Bobby and currently living in Kunming, I have taught as an English teacher for almost 7 years in China and I would be glad if I could get …"
Living in Kunming Tom69

Around Kunming this weekend 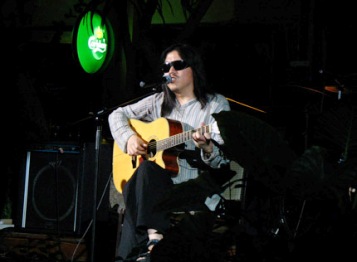 Despite the last gasps of the rainy season putting a damper on the weather, there are still plenty of reasons to get out of the house this weekend. A blind rock musician on tour, Thai and Scandanavian barbecue, an exhibition opening and televised Rugby World Cup semifinals are just some of what will be going on this around Kunming. Here's a rundown:

Scandinavian gallery TCG Nordica will also be holding regular weekend barbecues at its location in The Loft (aka Chuangku - 创库). The barbecues will feature several kinds of meats and vegetables and begin at 6 pm on Fridays and Saturdays.

"Seeds of Hope" exhibition opening
This Saturday, TCG Nordica will host the opening of "Seeds of Hope", its exhibition of works by artists Eta Hedman and AnnaKarin Svensson. The opening begins at 8pm Saturday night, refreshments and snacks will be provided.

World Cup Rugby Semifinals at Chapter One
Chapter One continues to provide late-night showings of the Rugby World Cup, this weekend showing semifinal matches with England playing France on Sunday morning (Saturday night if you're staying up late) at 3 am and South Africa versus Argentina at 3am Monday morning. Saturday night at 9:30 pm it will show the England-Estonia football (soccer) match. During the matches Beerlao will be on special for 10 yuan until the first points scored.