Once controversial oil refinery to open in Yunnan this month 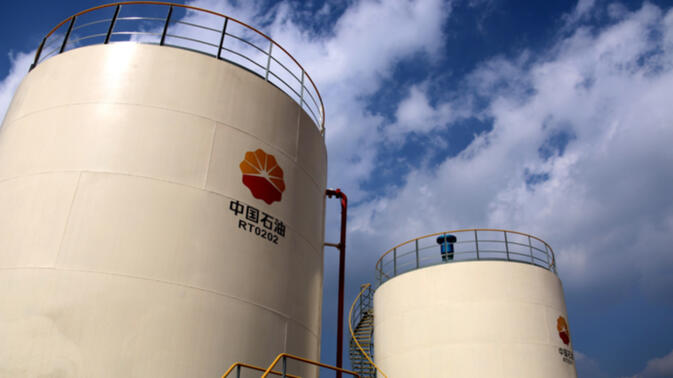 A petrochemical facility near Kunming, once the source of grave public concern, is preparing to open for business later this month. Owned and operated by PetroChina, the factory 28 kilometers west of the provincial capital in Anning (安宁), is the first of its kind in Yunnan, according to a company press release. The refinery will primarily process crude oil shipped by pipeline from ports in Myanmar.

Designed to handle "13 million tons [of crude oil] per year", the plant will primarily produce gasoline, as well as smaller amounts of diesel and jet fuel. Those products will be sold in both Yunnan and Sichuan provinces and also exported to neighboring countries in Southeast Asia to offset the facility's hefty 30 billion yuan (US$4.41 billion) price tag.

Part of the high cost — roughly 3.8 billion yuan (US$560 million) — stemmed from the installation of what a PetroChina press release deemed "green production technology". Such equipment is, according to the company, the most advanced in the industry, and as such makes the refinery a "green, transparent and open" one.

Relieving environmental concerns and assuaging public unease is a strategy necessitated by a protest held in Kunming four years ago. At that time, several hundred people gathered on Zhengyi Lu in Kunming to voice their concerns regarding the then-proposed refinery and its production of paraxylene. They were met by a cordon of police and dispersed after several hours, but not before being addressed personally by Kunming's vice mayor.

A day after the rally, the Kunming government issued an editorial characterizing the protest as "non-productive" while also having contributed to a "frank dialogue". It continued, "The deep concern and enthusiasm of the masses to protect the environment is entirely consistent with the ideas and goals of the Party and the government."

The recent announcement by PetroChina that the Anning factory is ready to open made no mention of whether paraxylene — a derivative used in the manufacture of polyester fabric and plastic bottles — is one of the facility's end products. Instead, the notice focused on efforts made to reduce or eliminate emissions of "flue gases, sulfur dioxide, dust and other pollutants" over and above national requirements.

The raw materials needed by the factory will arrive via the Shwe oil pipeline. Originating at the Andaman seaport of Kyaukpyu, the 770-kilometer energy conduit is an effort by the Chinese government to make southwest China more energy independent by simplifying slow and costly oil tanker shipments from the Middle East and Africa. Oil will now be offloaded in Myanmar and then sent directly to Anning overland. The first such delivery began in April, with little to no public fanfare.

I remember just after my son "Pin Xiu" was born, there were protesters on the streets with placards reading, "No PX here!". I was a bit shocked for a while.

Well, I hope it's 'green'. Obviously makes sense not to bring oil all the way from the Middle East.

The oil still comes from the Middle East, just not via Shanghai.

Oh. Yeah. Anyway, it gets here with more sense than via Shanghai.