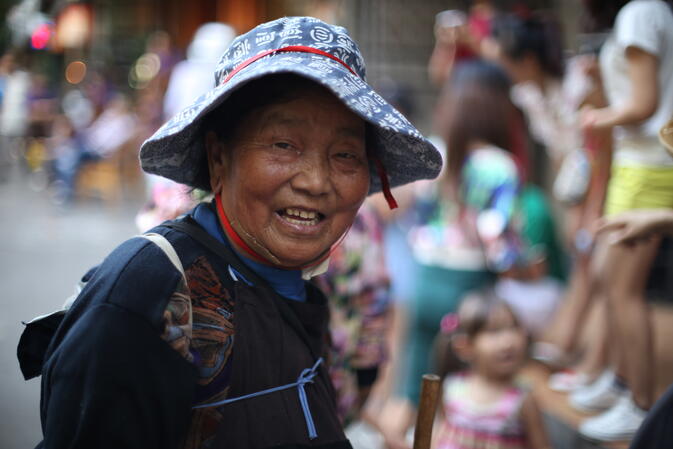 Apparently happiness is not, as the Beatles sang, a warm gun. Instead, it involves a number of factors that are difficult to quantify and vary from country to country and person to person. Nevertheless, the United Nations Sustainable Development Solutions Network ranks this elusive frame of mind each year. The 2017 World Happiness Report placed China squarely in the middle of countries surveyed.

The report has been issued annually since 2012, and attempts to look beyond traditional economic indicators by "put[ting] people's well-being at the center of governments' efforts". This year, Norway topped the index, with the Central African Republic coming in last. China ranked 79 out of 155 nations regarding subjective well-being, a measure of how people "experience the quality of their lives".

The seven-chapter World Happiness Report this year contains an entire section on China, which attempts to explain why, despite two decades of immense economic growth, the country lags behind half the world in terms of joy and contentment. Six broad categories contribute to a country's rank, including per capita gross domestic product (GDP), social support, freedom to make life choices, healthy life expectancy, generosity and trust.

The survey ranks China below average in terms of the first three factors, above average regarding healthy life expectancy and near the bottom concerning generosity and trust. The China-specific chapter of the report explains that accelerating income inequality, concerns about future employment opportunities and a deteriorating social safety net are all major contributors to unhappiness in the country.

Lead author of the chapter, University of Southern California economics professor Richard A Easterlin, has argued for more than four decades that "happiness at a national level does not increase with wealth once basic needs are fulfilled". The index findings, explains Easterlin, reflect that following a period of happiness growth in China, levels have receded to those of 25 years ago. Worries over unemployment and shrinking social safety systems, he writes,

...bear most directly on the concerns foremost in shaping personal happiness —income security, family life, and the health of oneself and one's family. It is these concerns that are typically cited by people worldwide when asked an open-ended question as to what is important for their happiness. In contrast, broad societal matters such as inequality, pollution, political and civil liberties, international relations, and the like, which most individuals have little ability to influence, are rarely mentioned.

The 2017 report asserts that all top-ranking countries share similar attributes, including "caring, freedom, generosity, honesty, health, income and good governance". For his part, Easterlin appears optimistic for the future happiness of the Middle Kingdom, writing, "Within policy circles, subjective well-being is receiving increasing attention as an alternative or complement to GDP as a measure of well-being".