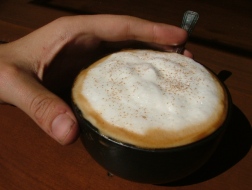 Early this morning much of Kunming including the Wuhua and Xishan districts were treated to an abrupt power cut that lasted until this evening.

The lack of electricity was a bit of a drag at first (btw: we don't recommend making coffee with Kunming tap water and an old wok), but then we realized that it was like a sick day without being sick, and the day took on a new light.

The power outage coincides with water cuts that have been making things difficult for the university area. In the last 10 days, five have been waterless for many homes and businesses. Not only have people been going without showers, restaurants and cafes in the area have had to transport their own water from outside.

According to area restaurants, the water department has said that the water stoppage was due to a 'drought' Kunming has been experiencing. This argument would be more convincing if Kunming hadn't been getting buckets of rain for the last several months.

There are rumors that this water shortage in one small area may continue on a sporadic basis for the rest of the year. There are also rumors that some of Kunming's water is being sold to faraway locations that are really experiencing droughts. Hopefully these rumors are just rumors.

One would imagine that the Wuhua district government would realize the importance of providing one of their more populated (and popular) areas with a steady supply of electricity and water.