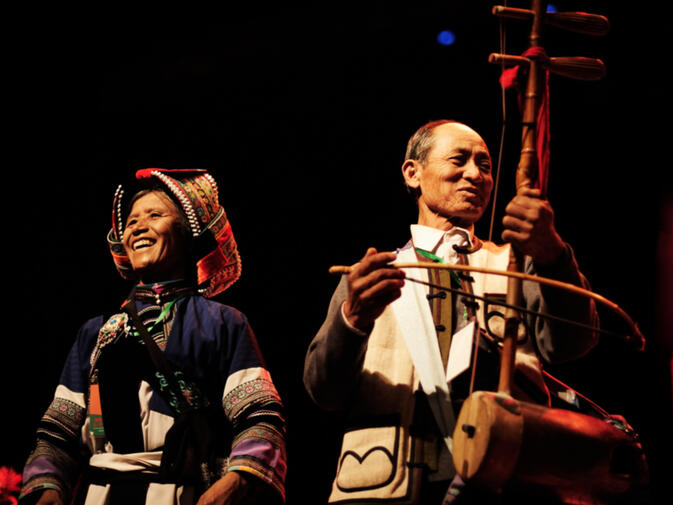 The 2016 Yuansheng Indigenous Music and Dance Festival will be held in Kunming November 28 through December 2, bringing together over 200 rarely seen traditional performers to celebrate the beauty and diversity of Yunnan's ethnic minority cultures. With the festival nearly upon us, Joshua Dyer, owner of website Tea Horse, sat down with Yuansheng founder Liu Xiaojin (刘晓津) to learn more about the activities of the Yuansheng Foundation (源生坊), and what to expect from the festival.

Tea Horse: What inspired you to found Yuansheng and when did it get started?

Liu Xiaojin: The Yuansheng Foundation was formed to continue the work of its predecessor, a rural folk arts school called the Yunnan Ethnic Minority Institute [云南民族文化传习馆], founded by the classical composer Tian Feng [田丰]. Even by the late 80s Tian Feng realized that entire categories of folk music and dance were being lost with the passing of old masters who never had to opportunity to teach their art to younger generations. Thus he founded the Minority Institute in 1994, using private funding to provide stipends to teachers and students from the Yi, Hani, Naxi, and Tibetan ethnic groups.

I first became involved in the school in 1997 because I was shooting a documentary film about Tian Feng and his work. I documented the progress of the school through seven years of shooting, eventually releasing the completed film Chronicle of the Minority Institute [传习馆春秋]. Later, the school ran into legal and financial problems and had to shut down in 2000, and Tian Feng died shortly thereafter.

At that point, I founded Yuansheng to continue his work, but in a different format. Rather than run a school with a single campus, I used donor funding, initially from the Ford Foundation, to pay traditional master artists to run classes in the villages where they lived. Starting with the dozen artists that taught at the Minority Institute, we slowly expanded to our current roster of more than 200 artists. 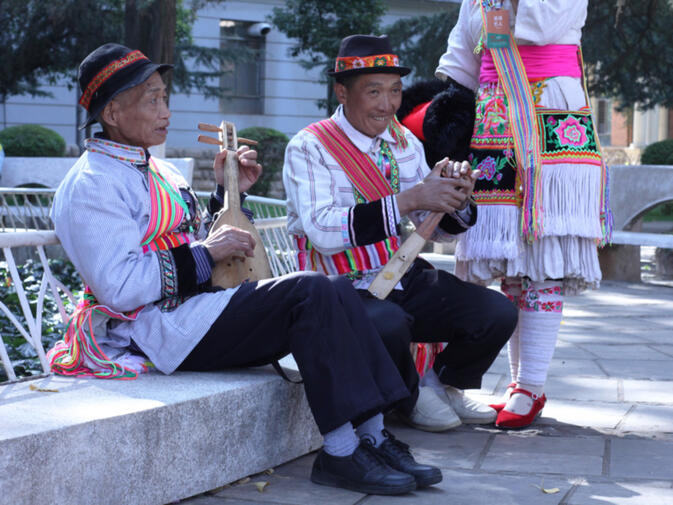 TH: Tell us about your artists support program? What do the artists do in exchange for support?

Liu: We fund our artists with a stipend so they can run classes in their home villages — often divided into age groups. We work with our artists to develop a curriculum so we can assess student progress, and provide cash rewards to students who succeed in mastering the most critical components of the tradition, whether it be music or dance. Our sponsored artists also participate in performance tours, and in the Yuansheng Festival, which gives them recognition beyond their home villages.

TH: Has the program been effective at preserving traditional arts?

Liu: All of these elements of the program were developed to address particular problems that were interfering with the successful transmission of these arts. It is not just a matter of supporting artists, they also need respect, and they need to exist within a community that values their art. For example, the artists themselves asked us to find performance opportunities for them outside their communities, which gives them a sense of being respected as artists, and provides a sense of pride in their traditions.

The local communities also take pride in their traditional artists when they see how well they are received by the outside world. This in turn attracts more young people to study the tradition and take an interest in their culture. We are pleased that young people have now successfully mastered dozens of traditions that were once in danger of dying out. 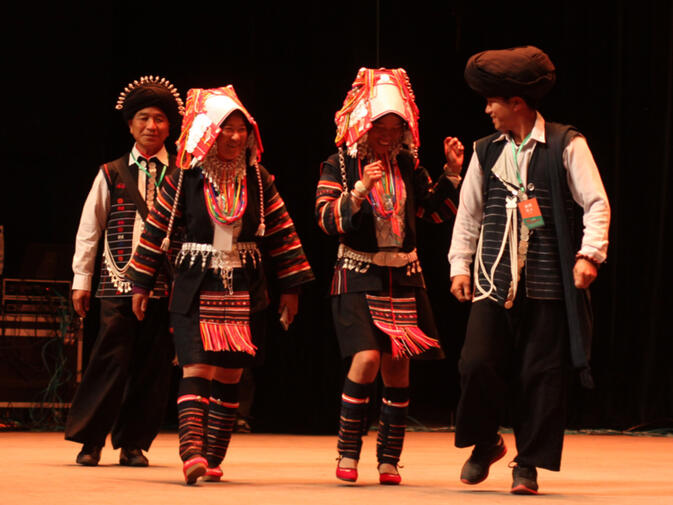 TH: What can the audience expect from this year's Yuansheng Festival in Kunming, and how is it different from other ethnic minority performances the audience might have seen?

Liu: First of all, there is simply no other way to see these diverse traditions in a single place over the span of just a few days. It has taken us over twenty years to develop this roster of artists. They are not performers you would simply run into if you went traveling in Yunnan. Secondly, the Yuansheng Festival represents traditional music and dance from the most remote mountain villages. We only support artists who were taught in the traditional manner, and who have not absorbed or introduced modern influences into their work.

Audiences should expect music and dance that transports them hundreds of years back in time, if not thousands. They will witness ritual music, love and courting songs, work songs, and community dances that were part of the fabric of ethnic minority societies before the modern era. We require our artists to wear clothing that is true to the roots of their cultures. Many of their costumes are hand-produced heirlooms that you are unlikely to see outside of museums. That alone should be worth the price of admission!

The ethnic song and dance troupes you normally find in China have made alterations to the music, the dance, and the costumes, all in hopes of attracting contemporary audiences. Often they have commercialized traditional culture in a way that destroys the inherent beauty of these traditions. We prefer to let the distinctive beauty of traditional culture speak for itself. It is a quiet beauty, but it is there, if people are willing to listen. 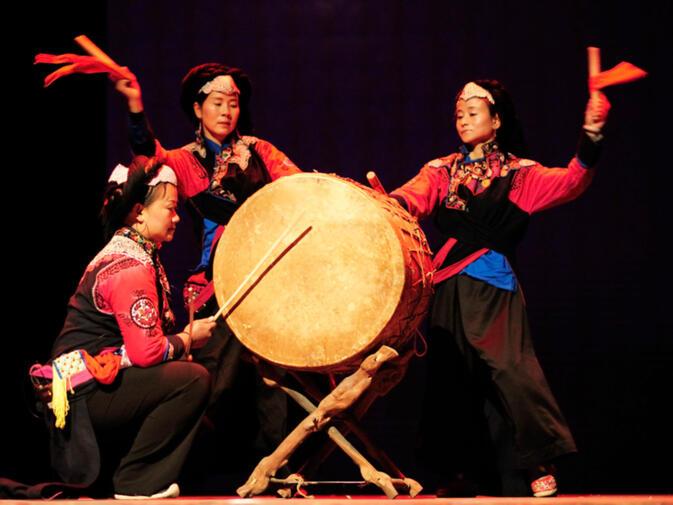 TH: With your focus on the most unadulterated traditional arts, how do you feel about the evolution, artistic innovation, and absorption of outside influences within these traditions?

Liu: This is what we fear the most. There is already so much of this happening. So we choose to stand on the other side of things, and fight for the preservation of the most traditional art forms. As long as artists are clear about their influences, it shouldn't be a problem if they borrow from or adapt ancient artistic traditions, but that is not what generally happens.

Instead many things are presented as traditional when in fact they are not. This leads to the dilution and eventual destruction of humanity's artistic heritage. At Yuansheng we try to counter this trend by identifying and supporting artist and tradition bearers who have minimal influence from modern cultural forms.

This article originally appeared on Tea Horse, a website posting regular updates about the folk music and artistic traditions of China's ethnic minority groups. They also sell hand-crafted guitar straps and other gifts that support artists and traditional craftspeople in southwest China. Tickets for the 2016 Yuansheng Indigenous Music and Dance Festival can be purchased through the Kunming Theater ticket office, which can be reached by calling 0871-63169950. 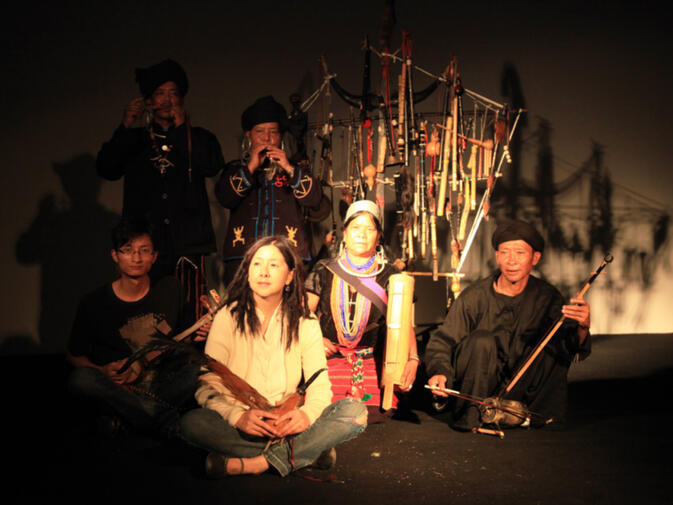