By GoKunming Staff in Features on October 21, 2016 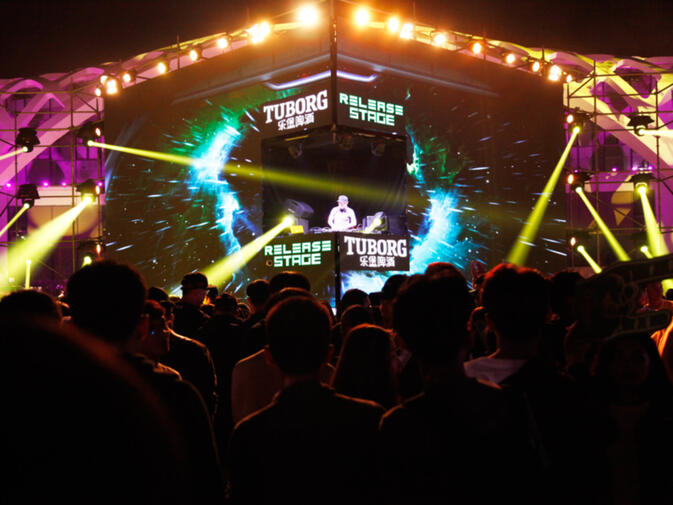 The enormous spaceship-shaped Kunming Dianchi International Convention Center (昆明滇池国际会展中心) is typically a venue for staid and serious-minded events such as trade fairs and high-minded government functions. Not so last weekend. 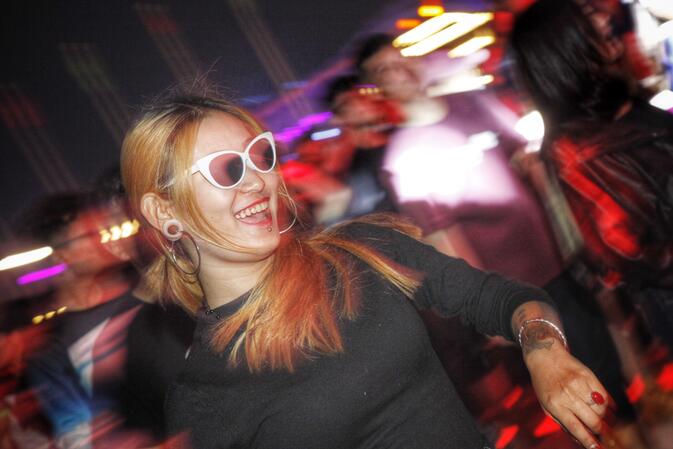 For two the venue's atmosphere changed completely, as the Strawberry Music Festival featuring the Tuborg Electronic Party transformed the conference hall's public square into a swirling two-day long celebration of fun and hedonism. 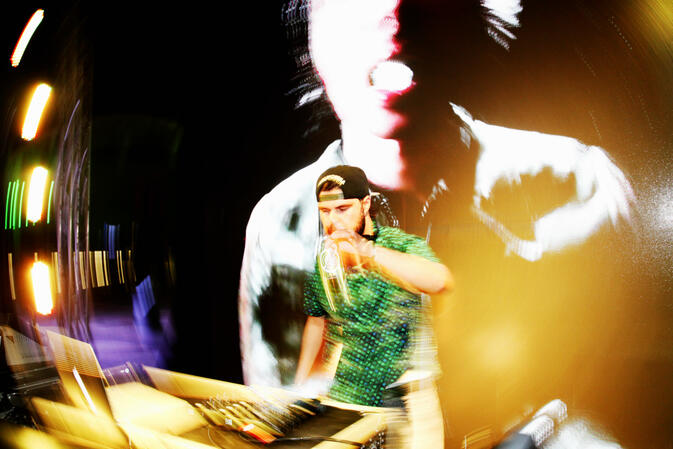 An ambitious line-up of 26 bands and solo acts took to the performance stages, representing just about every genre of rock, pop, folk and metal one could imagine. 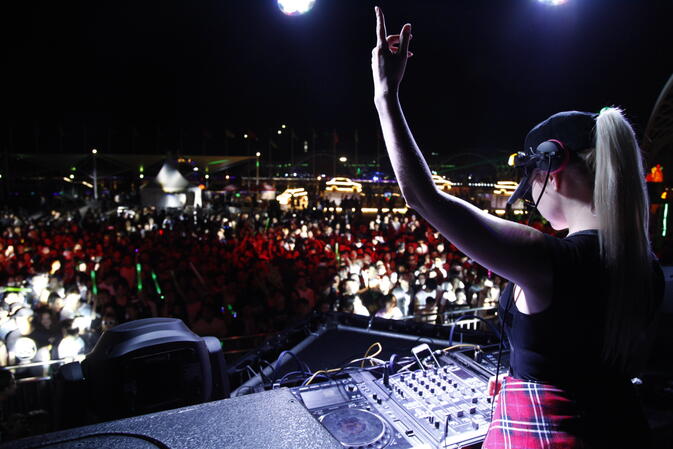 The highlight for many, however, was the Tuborg Beer 'Release' electronic stage, which featured 13 DJs an MCs spread out over two days. 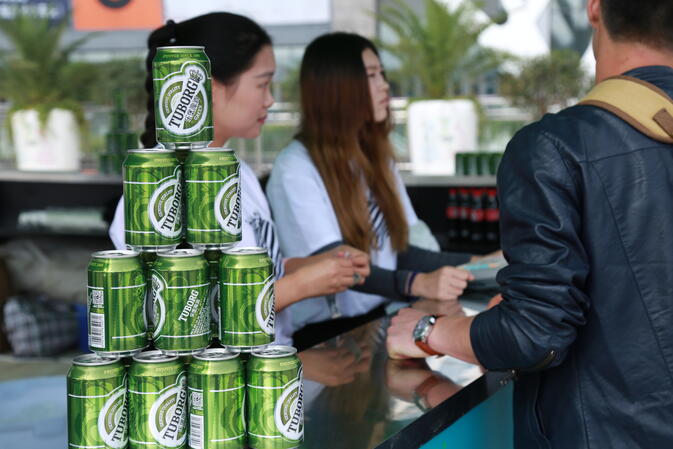 It wasn't all about the music, although dancing and checking out band and DJs was of course the main focus. 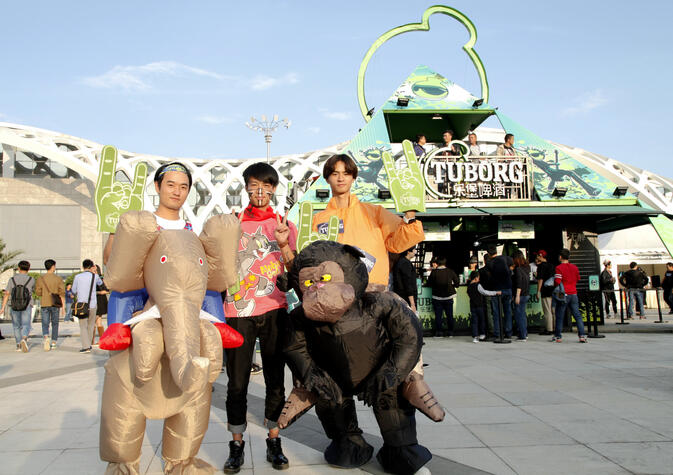 Danish-owned Tuborg set up multiple activities to augment their performers, including face-painting booths and cosplay areas where people could dress up in weird and funny outfits before posing for pictures. 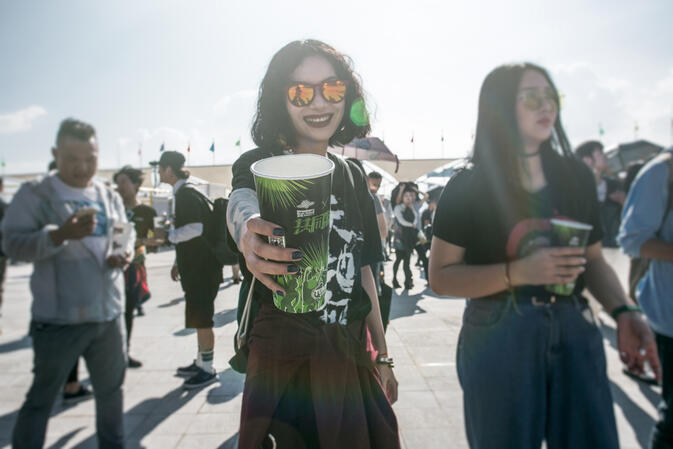 Although cloudy, the weather held, meaning DJs such as Bass Guo — who also plays in rock band Longshendao (龙神道) — performed before droves of fans. 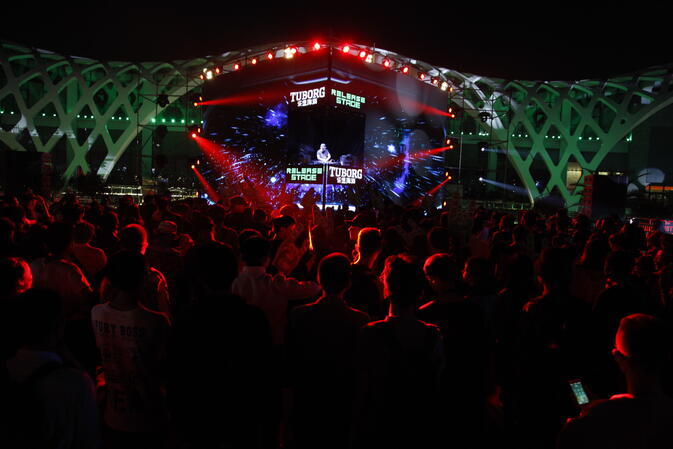 The electronic music was heavy on tech house, a genre typified by a bit of soulfulness amongst its pulsing beats. Another activity that caught the imagination of many concert-goers was the Tuborg-sponsored beer shotgunning contest. Although some did try and down entire cans of beer in mere seconds, most simply took the opportunity to house down their friends with suds. Just beside the two-storey Tuborg beer stand were multiple walls, one a giant chalkboard, where concertgoers were encouraged to paint, write or spray paint whatever came to mind or simply pose for goofy photos. Of course, there were also VIP tickets, which entitled attendees to pick-up and drop-off in a brand new Tesla. Sometimes, it's good to be the king. 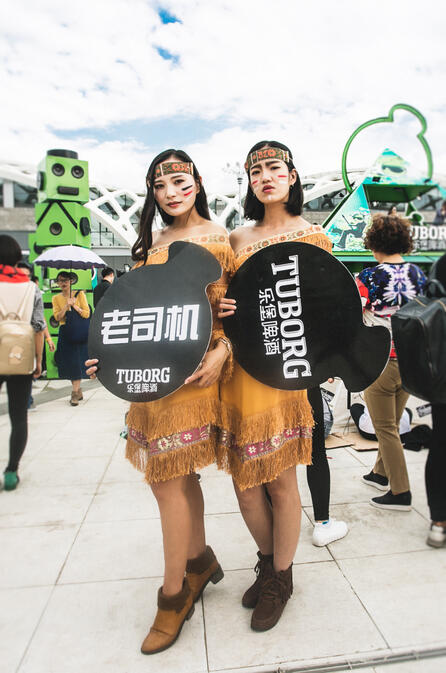