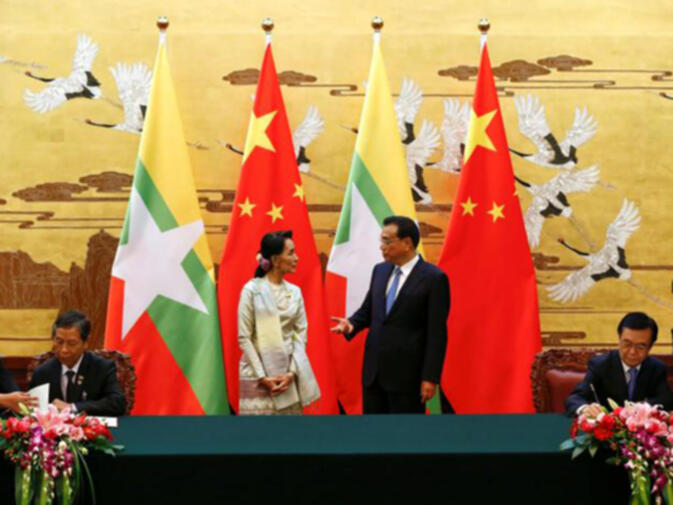 As last week came to an end, Myanmar and China looked to forge something of a new beginning following several years of tense bilateral relations. Up for discussion were a host of familiar and by now long-standing issues, including hydroelectric pet projects, ongoing border wars, economic aid and how the once close neighbors will move forward as Myanmar nurses its infant democracy.

No definitive agreements were reached during Suu Kyi's five-day visit, yet both sides characterized the meetings as constructive. For her part, Myanmar's State Counsellor explained her hope that relations between to the two countries could be mutually beneficial. Chinese Vice Foreign Minister Liu Zhenmin was a bit more expressive, saying:

Aung San Suu Kyi said that the Myanmar government has already set up an investigation committee to look for an appropriate resolution to the Myitsone Dam issue...She also said that she is willing to look for a resolution that suits both sides' interests via [their] energy administrations' cooperation. 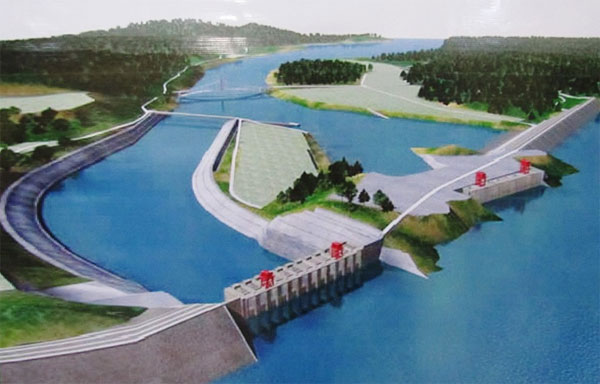 An artist's rendition of the Myitsone Dam

The Myitsone project is a US$3.6 billion endeavor begun in 2009, funded and planned primarily by China's State Power Investment Corporation. If completed, the 6,000 megawatt hydropower station would span the Irrawaddy River. While often billed as a boon for Myanmar, 90 percent of the electricity produced by the dam would be sent to neighboring Yunnan province in China. Perhaps due in part to the terms of the deal, then-Burmese president Thein Sein suspended the project two years after work started, saying its construction went against the will of the people.

Since the undertaking was shelved in 2011, Beijing has been pressuring the Burmese government to resume work. Now it appears Suu Kyi is willing to negotiate, but she has brought her own agenda to the bargaining table. Mostly quiet on the dam while visiting China last week, she did stress the need for Chinese assistance in her country's nascent peace process.

Myanmar has struggled with containing multiple independent guerrilla movements for decades, including in Kachin State where the Myitsone Dam is situated. Suu Kyi is now asking for China to provide support in bringing insurgents — who have profited for years on the illegal drugs, jade and timber flowing into China via Yunnan — to attend conciliatory talks. In Beijing, she intimated restarting Myitsone may in fact hinge on such help, saying,

I do believe that as a good neighbor China will do everything possible to promote our peace process...If you ask me what my most important aim is for my country, that is to achieve peace and unity among the different peoples of our union. Without peace there can be no sustained development.

In addition to tentative talks on the hydropower plan and a possible Chinese-aided peace summit in the future, Chinese negotiators agreed to fund the building of hospitals in both Mandalay and Yangon. For her part, Suu Kyi promised little other than to release the results of a government inquiry into Chinese dam building in Myanmar in November.