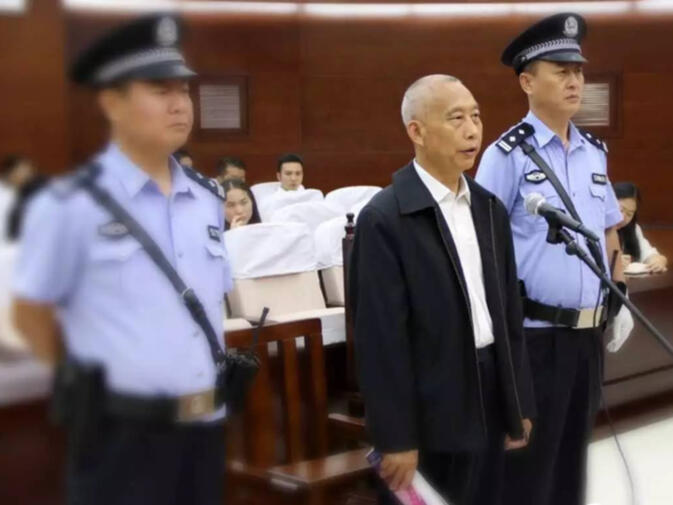 Although the rate of Yunnan officials standing trial for graft and abuse of power has slowed considerably compared to 2015, career bureaucrats continue to fall. The most recent instance involves Yang Wenhu (杨文虎), former deputy minister of the Yunnan Propaganda Department and member of the provincial party congress.

Yang appeared in a Kunming court on Friday, July 15, to hear a public tribunal name the crimes he stands accused of committing. The alleged crimes span the last decade. In addition to charges that he arranged sweetheart real estate deals worth more than 8.5 million yuan (US$1.3 million) for friends and associates, Yang was also indicted for personally pocketing 1.7 million yuan (US$254,000) in government money.

As his family members reportedly wept in the courtroom, Yang admitted he had taken money, but gave it to his wife to invest. Asked how much he gave his spouse, Yang responded that he did not remember, adding that he had no idea how his wife spent the money, and that he had always planned to give it back.

Born in Wenshan (文山) in 1958, Yang rose to the upper echelons of power in Yunnan via a long and circuitous path. Before taking office of any kind, he attended the prestigious Central Party School — a national training institute for aspiring cadres. After several low-level jobs, he eventually landed at Yunnan Television, later taking a post at the provincial Radio and Television Bureau.

Yang's misdeeds, assert court filings, began during his stints in broadcasting. Nonetheless, he was promoted in 2014 to a leadership role in the provincial Propaganda Department, where he served until May of this year before his arrest. If precedent holds, he may have to wait for up to a year for sentencing. Yang has already been stripped of his Party membership, which is usually the first step towards a guilty verdict in cases of this type.

There's must be a big group of these formal 'officials' setting together talking about the 'good ole days'. Ha.Ha. " I remember when I took that bribe and bought me that big house near Dianchi lake". Yeah, remember that red Porche I showed you in 2001 with my mistress? Boy did she do things my wife never done!" Those were the days huh fellows?" All together "Yeah, we had it going on? Ha.ha.