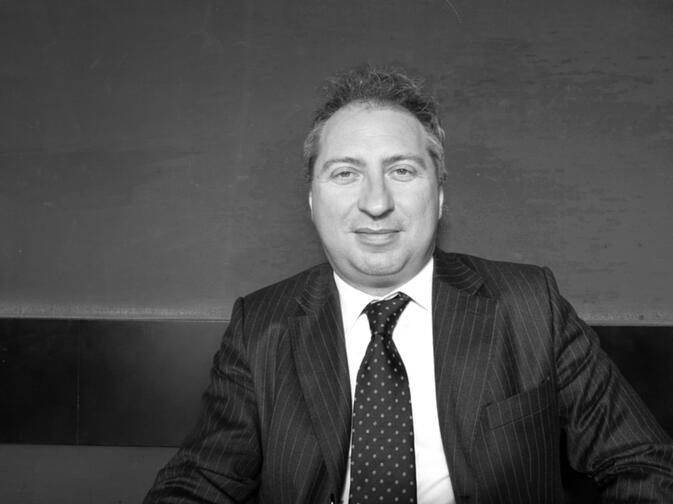 Last week, a delegation from the Italian consulate paid a visit to Yunnan to meet with local authorities and business owners, as well as to reach out to Italian citizens based in the Spring City. GoKunming had a chance to sit down with Sergio Maffettone, Italian Consul General in Chongqing, and ask him about his ideas and projects for the coming months.

Before being assigned to southwest China, Maffettone began his career at the Italian Ministry of Foreign Affairs and International Cooperation in Rome, and was later stationed in Albania and Afghanistan. After that, he worked at the Political and Press Office of the Italian Embassy in Beijing for three years. He was then assigned to set up the new Italian Consulate General in Chongqing, which opened its doors on December 31, 2013. On Chinese soil, Italy is also represented by its embassy in Beijing, and two consulates in Guangzhou and Shanghai.

GoKunming: Was this your first visit to Kunming and what are your impressions of the city?

Sergio Maffettone: I've already visited Kunming a few times in the past. The city keeps growing, and now has a dynamic, young and international atmosphere. These days, Yunnan is an important junction for international commercial routes, and the authorities are promoting it as a trading platform between Southeast Asia and the New Silk Road, which links Western China with Europe. This province is also very interesting on a social level, because of the high level of integration between the Han Chinese, the local minorities and the international community. The service industry too has also expanded, and Yunnan is now one of the most important tourist destinations in China, thanks to its beautiful scenery and pleasant weather.

GK: What were the reasons to open a new consulate in China, especially in such delicate economic times? And why was Chongqing chosen as a location?

Maffettone: It was a brave but also far-sighted decision. In recent years, other diplomatic representations from Italy have been unified or shut down. The government has decided to invest in an area which had been growing, and continues to do so. Among the so-called BRICS countries [Brazil, Russia, India, China and South Africa], China offers both the biggest opportunities and the greatest challenges. And the southwest, which has become the fourth economic driving force on the mainland after the urban areas of Beijing, Shanghai and Guangzhou, has the highest growing GDP in China. This is one of the results of the 'Go-West' policy, which was implement by the Chinese government over the past few decades.

Among other possible locations, Chongqing was chosen because two important Italian companies, Fiat and Iveco, have invested a lot in the area. They both belong to the automotive sector — the first one produces mainly private cars, while the second one focuses more on commercial vehicles. Also, Chongqing's status as a municipality offered more autonomy, which makes it a dynamic, constantly growing environment. In addition to Chongqing, the consulate also has territorial jurisdiction over the neighboring provinces of Sichuan, Yunnan and Guizhou, which share similar geographic and economic features.

GK: Which strategy have you adopted to approach local companies and government authorities in Kunming?

Maffettone: So far, we have mainly focused on introducing ourselves and letting people know more about Italy. Our country is famous all over the world for being the motherland of ancient Rome, the Renaissance, football, art, culture, fashion and cuisine. However, the risk is that Italy's excellence in the above-mentioned sectors might overshadow other strong points of our economy.

Italy is indeed the second country in Europe for manufacturing, and the fifth worldwide. For this reason, we are working on raising awareness among the local authorities, to show them that Italy can be an ideal partner in many other fields, such as agriculture, environmental protection, aviation, healthcare, and machinery — including robotics, farming and precision mechanics. We have invited the local government to organize delegations to visit Italy, because we want them to get to know our country and the diverse economic opportunities it has to offer.

GK: In your opinion, what are the most promising sectors to invest in in southwest China?

Maffettone: The Chinese authorities have just released the Thirteenth Five-year Economic Plan, which mentions a few interesting fields for foreign investors. There is a growing awareness in China about environmental protection, food security and healthcare, and these all represent opportunities for foreign companies. Other promising sectors are agribusiness, architecture, urban planning and design. Everybody knows that China is building at a very high speed at the moment. But in the future, older buildings will need to be renovated and upgraded. Foreign companies who can offer greener and more advanced solutions should consider investing in the southwest. 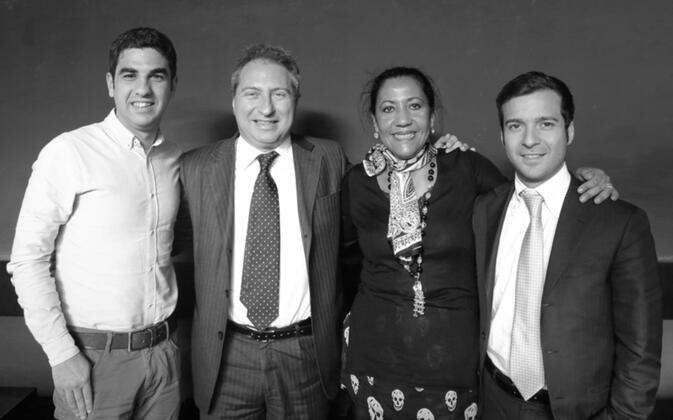 GK: Are there opportunities in the educational field, and is the interest in learning Italian as a foreign language growing in this region of China?

Maffettone: We have been putting a lot of effort into the educational sector. Recently, Chinese people have shown great interest in studying abroad in Italy, especially in the fields of art, sculpture, design, fashion, opera and architecture, but also economics and engineering. For these students, Italian represents an advantage and an additional qualification. Speaking our language will enable them to acquire specific skills and competencies while living in Italy, and consequently to be more competitive in the job market, both in China and abroad. Investing in education and cultural exchanges will also have a positive effect on the relations between Italy and China at a national level.

In Chongqing, we have overseen the process of opening a few Italian courses at universities, institutes and public schools. We cooperate with universities in Italy, and recruit Italian teachers who are willing to come to China to work. The Chinese schools then pay the foreign teachers a salary and provide them with housing and a work visa. Our role is to ensure the quality of this kind of cooperation, as well as the continuity and sustainability of such projects. Thanks to an experimental plan in which our consulate has been involved, 530 primary school students in Chongqing are now studying Italian, using textbooks donated by the Italian Ministry of Foreign Affairs.

GK: In which sectors have Italian entrepreneurs invested in this area?

Maffettone: In Yunnan, Italians have mainly invested in agribusiness and in the food and beverage sector. Products such as mushrooms or truffles are successfully exported to Italy, and praised for their good quality and competitive prices. China and Italy are in the process of signing new bilateral agreements, which will increase opportunities for the import/export sector in the two countries. In the future, we also hope to increase investments in aviation, tourism, healthcare, machinery and architecture.

GK: And what about the Italian presence in Chongqing and Chengdu?

Maffettone: Italian companies, such as Fiat and Iveco — which I mentioned before — have mainly invested in manufacturing, engine design and logistics. This last field is particularly interesting considering the geographical position of southwest China and its role in the New Silk Road. Entrepreneurs are also investing in healthcare, agriculture and energy production. Investors are also present in the food and beverage sector, but, especially regarding the wine business, more cooperation among Italian producers is required.

Chengdu will host, at the end of March, the international Spring China Food & Drinks Fair, which we hope will be a good opportunity to discuss a more comprehensive export strategy. The current situation of Italian wine in China is identical to the situation of Italian wine in the United States thirty years ago, where it has now become the leader in the market. In Hong Kong, Italian wine is already extremely popular, because customers there are used to choosing their wines based on taste, and not just because of price. More promotional events and wine tastings have to be organized to spread wine culture and knowledge in mainland China, and make people aware of the exceptional variety and quality of Italian wines, which have no equal in the world.

GK: Are there any events planned in Kunming for the coming months?

Maffettone: A new Italian Visa Center will soon open in Kunming, in order to facilitate visa applications for Chinese citizens and increase tourism. In Chongqing, the opening of the Italian Visa Center, combined with the new direct flight link to Rome operated by Hainan Airlines, has lead to a 238 percent increase in the number of Chinese tourists visiting Italy. In the future, we hope direct flight routes between Kunming and Italy will also be made available, and we are confident that this new Visa Center will boost tourism on both sides. To celebrate the opening, we will organize an event, which will also be a showcase to promote Italian culture and cuisine.

In addition to this, we are planning an educational promotional event, during which we will explain to Chinese students what the opportunities for studying abroad in Italy are, as well as the necessary requirements and steps for the visa application. We are also cooperating with the Yunnan government to invite Italian National TV to come to Yunnan. Already, the number of Italian tourists visiting Yunnan has tripled in the past three years, thanks to a joint effort of Italian and local authorities in promoting an area unknown to most in Italy until a few years ago.

Finally, in June, we will participate in the China-South Asia Expo in Kunming (中国南亚博览会). In cooperation with the other Italian embassies and consulates in China and Southeast Asia, we will support Italian companies interested in attending the event and we'll organize an economic and commercial forum and business-to-business meetings between companies. These promotional events are very important to let enterprises get to know each other, and we want to provide a supportive and secure environment where potential partners can network, discuss projects and create future cooperations.

Tsk tsk, Sergio. Foot in mouth. China's official stance, which they have had FIFA recognize at soiree in Switzerland, is that football comes from a cute ball game known as Cuju played by Tang Dynasty gentile feminine society amongst flower blossoms in Linzi in Shandong province.

True. Cuju is the earliest findings of anything like football, after that England and Scotland. Italy is the homeland of some great women. Si