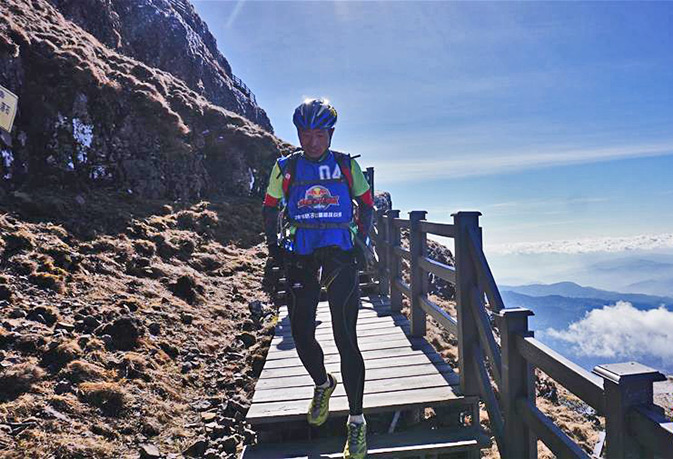 The Red Bull 24-Hour Plateau Challenge wrapped up this past weekend on the craggy and fog-enshrouded slopes of Jiaozi Snow Mountain (轿子雪山). Nearly 100 participants from 11 countries competed in the event, which was held as a continuous 24-hour competition spanning November 28 and 29.

Each team was composed of two men and one woman. They competed in a series of multi-disciplinary heats ranging from distance-running and cycling to inline skating and abseiling. Participants from China, Brazil, England, France, Italy, New Zealand, Romania, Russia, Sweden and the United States, struggled through chilly temperatures and at times total darkness to complete the 100-kilometer course. The finish line was located at a breathtaking elevation of 4,200 meters. 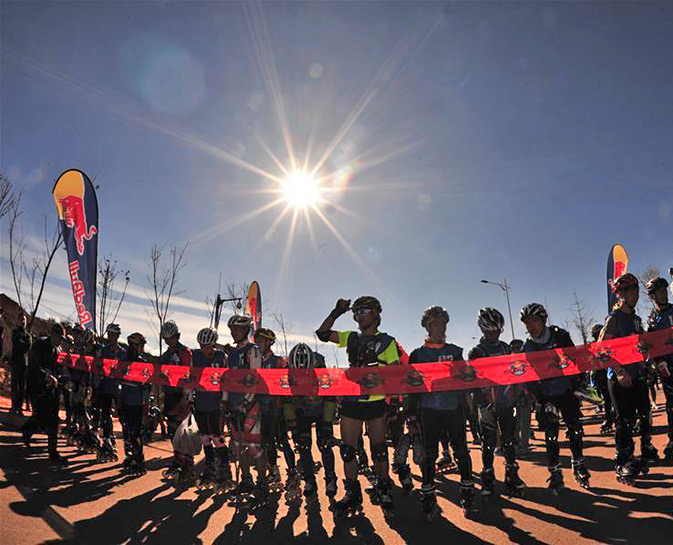 The winning team — called Gelunbu (哥仑步) — was made up of Chinese athletes and finished with an overall time of 10 hours, 19 minutes and 23 seconds. They were awarded the race's top prize of 25,000 yuan (US$3,900). Yi Jian (易健), one of the winning participants, told reporters the competition, "...was difficult and incredibly cold at night." Eleven runner-up teams also received cash awards totaling 55,000 yuan (US$12,500).

While passing through 16 checkpoints along the course, teams were required to check in with race officials and follow health protocols while replenishing water and other supplies. They were allotted 24 hours total, which included mandatory rest periods. Competitors were required to navigate rope bridges and rappelling sections, as well as eight other athletic disciplines on their way toward the finish. 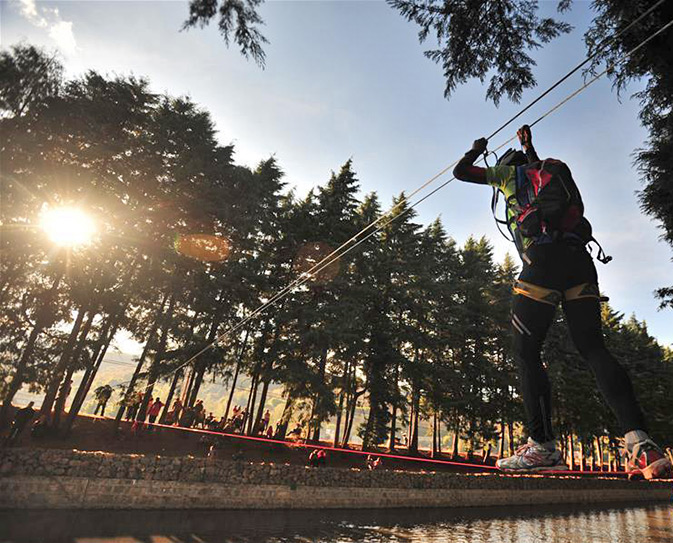 First held in 2006, the 24-Hour Plateau Challenge was founded and is sponsored by the Kunming Mountaineering Expedition Association nearly every year on Jiaozi Snow Mountain. The massif is a rocky, craggy spire rising to a point 4,247 meters above sea level in central Yunnan's Luquan County (禄劝县). Much of the mountain is a protected scenic area full of dizzying vistas most popular to tourists in the winter months when heavy snowfalls often blanket mountain slopes.

The setting in Yunnan continues Red Bull's growing tradition of sponsoring races and other outdoor competitions in China's more beautiful and pristine locales. Preceding this year's Yunnan event, the drinks maker also organized similar 'extreme sports' contests along the Great Wall at Shanhaiguan (山海关) as well as on the coast near Shenzhen. 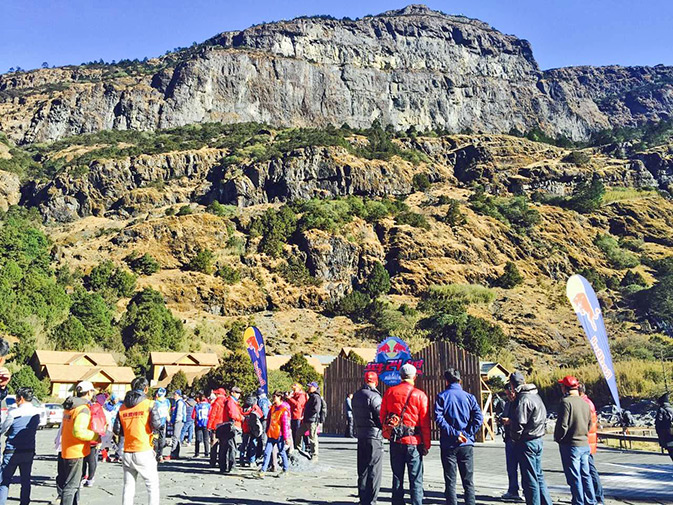 well done to Irina and the 2 European guys (sorry, I don't know your names). Apparently they were the only foreign team to finish within the time limit and I'm told that only 14 teams completed the course of the 30(?) teams that started.

I've just noticed your comment. Thank you, Don! Remi (France) and Carl (Sweden) are the European guys - true heros! I couldn't have wished for better teammates!