By Jordan Steinberg in Features on December 25, 2015 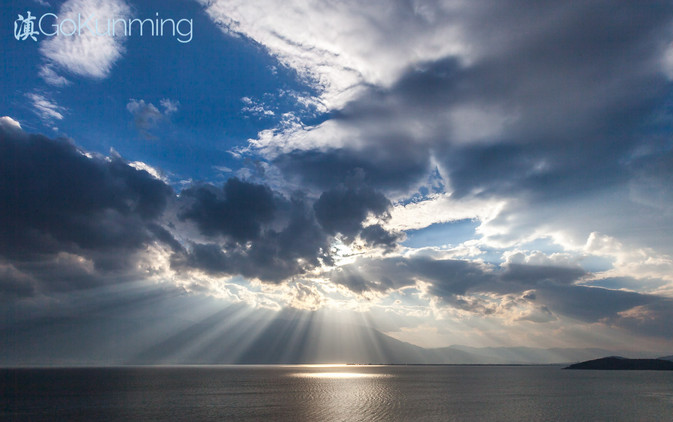 The end of the year is a special time in which editors and writers around the world recycle content from the previous twelve months and repackage it as new. We at GoKunming are not above this practice. It's been a busy year here in Yunnan. News and events ranging from good to bad to befuddling have graced our front page. There were of course many encouraging bright spots as well that reminded us, once again, why we choose to call this corner of China home. So before delving into the uncharted territory of 2016, let's take a look back at the long and winding road that was 2015. 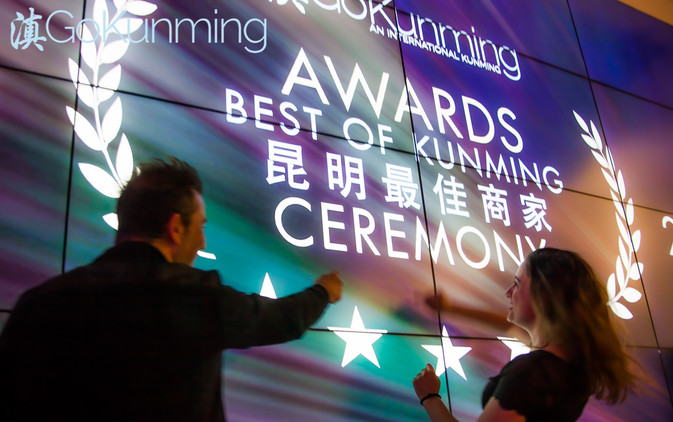 The year started off by resolving the leftovers from 2014. First, an announcement of the winners of our annual awards was released, followed by the second part of a year in review not so dissimilar to this one. After covering the news we missed over the New Year's holiday and learning just what a Tibetan Christmas practices in Yunnan looks like, we moved on to the events occurring in 2015. To that end, we started off on a downer, with timber-related arrests in Myanmar making the news. This continued with news of tough goings-on in Dakar, as well as that of weather-related disruptions at Kunming Changshui International Airport. The month took a turn for the odd with a report concerning cosmetic surgery and college students. Around mid-month, time came to host the Best of Kunming Awards, which we previewed earlier on. The event was attended in record numbers. Following the festivities, things became political with a visit by Xi Jinping, as well as with continued enforcement of anti-drug policies. We learned how to prepare a delicious regional salad and began a series chronicling a drifters' travels around Yunnan. A local Kunming women announced that she would do anything for health care and Green Drinks Kunming made its triumphant return. To finish off the month, ancient bronze artifacts were discovered near Dali, while we reviewed an intriguing absolute error. 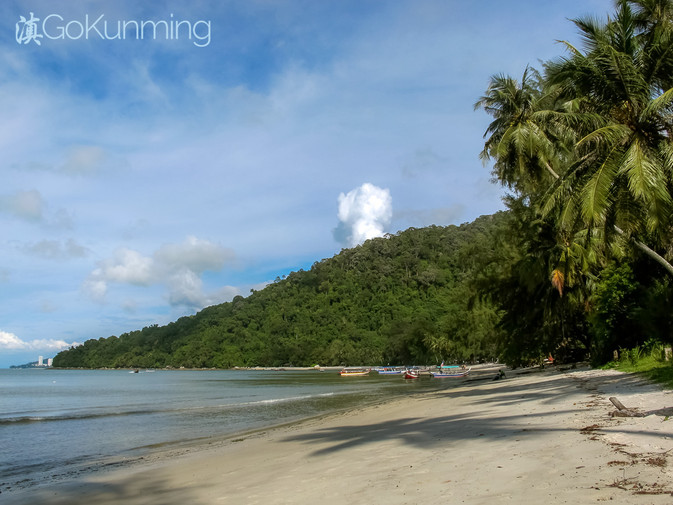 With the new month came the promise of more 'progress'. Myanmar provided a somewhat darker counterpoint. The month began with the completion of an oil pipeline ranging from Kunming to the Andaman Sea off Myanmar's west coast. Lijiang began to restrict suggestively sexual ads, so we took a trip to Penang instead. West and East came together when the US ambassador to China came to Kunming and Shanren band embarked on a cultural exchange tour in the Midwest United States. Next up, China found itself the subject of a potato polemic and the avian flu fatally swooped down upon a poultry farmer in northwest Yunnan. It proved to be an isolated case. Yunnan received some good news in the form of an arrest in Indonesia. Before we knew it, Spring Festival was upon us once again, ushering in the Year of the Goat. Businesses altered their schedules accordingly and GoKunming took a well-deserved break. As we returned from the holiday, the violence in Myanmar continued to rage just as it had prior to the new year. Our series on the Yunnan Drifter came to an unexpected end after only three posts. February came to a close with a somewhat involved discourse on bathroom cleanliness. 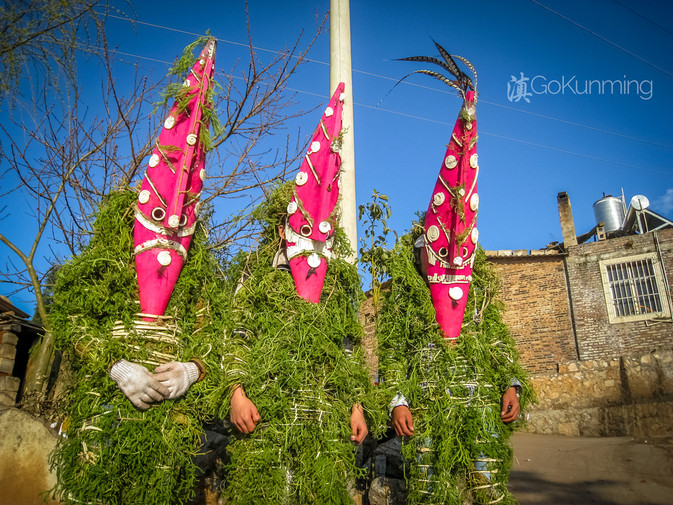 March arrived, and life in Yunnan continued to march forward. We started by catching a beautifully shot and informative glimpse of how to make pottery the old fashioned way. Prince William visited China and made time for elephants, while Guandu was engulfed in an inferno. In lighter news, an eye-opening documentary became popular across China, we learned to make a Yunnanese dish with goat cheese (cheese!), and then highlighted a unique cultural tradition of moss and men. At the same time, the discovery of ancient fossils shed light on the history of the primordial thinking. The news took a turn once again when Kunming experienced a minor earthquake and Myanmar-China relations bombed horribly. Unsurprisingly, this led to a visit by the Burmese ambassador to Beijing. Capping off this string of events, Party corruption was swatted and captured in Kunming. Returning to the idea of 'progress', the Nujiang river valley said goodbye to a popular and once-vital pastime while an overhaul of tobacco advertising was considered. Meanwhile, Kunming infrastructure looked to improve and a rustic and isolated lodge was constructed in the northwest. The end of the month was a bit of a mixed bag. First, we looked at life in the southwest and then went on a rather extensive jog. Tired from our jaunt, we returned to find Yunnan University receiving low scores and the some of the railway station terrorists executed for their crimes. The month came to close with the city in preparation for the 2015 Expo and Trade Fair. 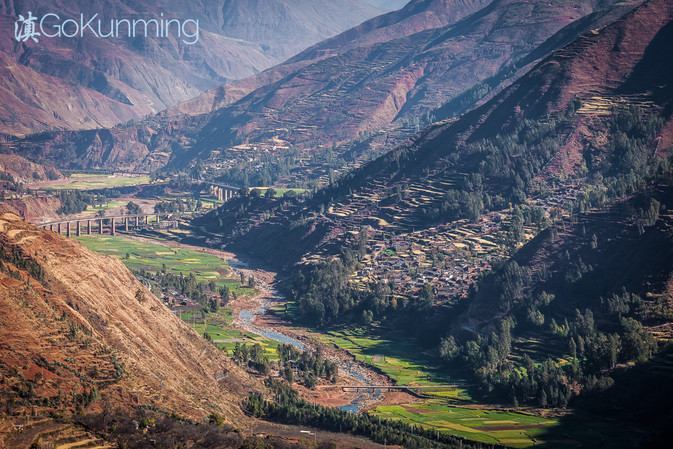 Next thing we knew, April was upon us! To celebrate, Kunming's sad little urban managers threw a very lonely party. In more important business, the Chinese got down to the business of sweeping a tomb or two. The province also began to take the time to monitor forest fires while bad tourist behavior received national police scrutiny. Next, GoKunming ventured to Heijing, where we learned about the power of salt. Ludian received some much-needed international aid, Kunming did its best to celebrate Earth Day and another party official reportedly dabbled in corruption. A little dab'll do ya. Up next, we took the time to visit a local stray dog shelter. Taking some time out of town, we went rock climbing in stunning Liming and walking in the coutnryside around Qujing. Then it was time to engage in outdoor activities at Fuxian Lake. Returning to Kunming, we attended one hell of a laowai wedding (thanks Kasey and Jay!) and returned to the cliffs as we learned of a few local places to go rock climbing. Closing out the month of April, there came the not so shocking announcement that Chinese urban pollution was bad. Meanwhile, and on a completely unrelated tangent, scientists reconsidered the geological history of Shangri-La. The Youth Art Festival looked to get underway and to celebrate, Moët Hennessy announced the debut of a fancy Yunnan wine targeting upscale oenophiles. 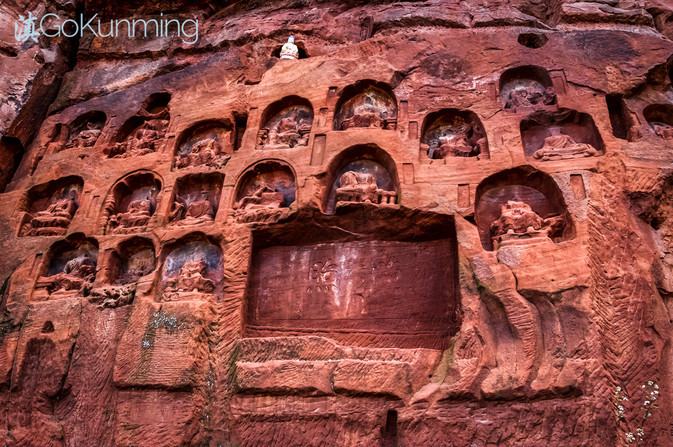 May began with a 'Yay!' as local music legend, John Nevada Lundemo released his first ever album and an Indian-sponsored yoga school opened in the Spring City to promote international harmony. A holiday operator was punished for taking advantage of its clients so we took a whirlwind trip through the golden triangle instead. China-Myanmar relations looked to be improving after a nasty border bombing. Next, we learned to cook pork twice, read a great book by Kunming transplant Colin Flahive, and attended the annual Dali circus. As the month wore on, we climbed a gigantic mountain in the province's northwest and visited ancient grottos just outside of the city. A group of idiots with the worst alibi ever were arrested for murdering a panda and selling its meat, pelt and bones. On the Myanmar front, refugees found new lives in China, while a border town airline bought a new fleet of planes. The month wrapped up with a great deal of change, some of it sad. First, we bid a fond farewell to local Kunming fixture Joost Meester. Kunming began producing gigantic e-vehicles while a local man embarked on an arduous trek for charity. Jim Goodman showed us his discoveries in a nearby county, while on a much more business-oriented note, Kunming geared up for its largest-ever expos. 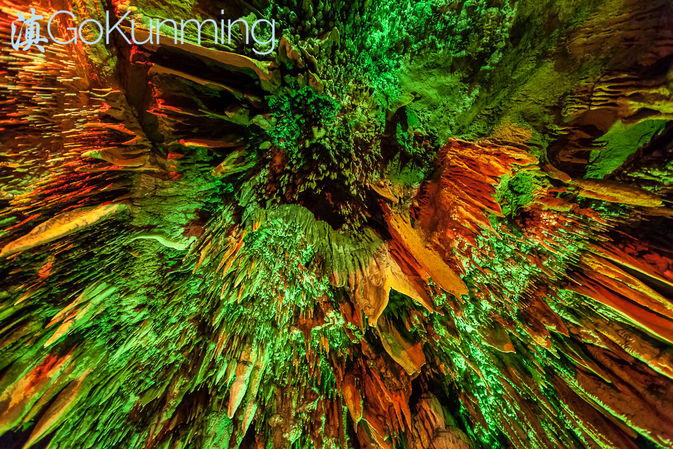 Before we knew it, the year reached its halfway point. It was a mix of both good and not so good. Dali Old Town announced costly plans, happy and apparently friendly elephants were sighted in Pu'er, Green Drinks Kunming hosted an event highlighting the challenges facing the Mekong River, wild mushroom season arrived with a caveat, and we learned a bit about traditional Dai soups. Spicy! At the same time Jin Feibao left Yunnan to bike across a certain North American country, Aung San Suu Kyi made an unprecedented and much-needed trip to the Middle Kingdom. Needless to say, she eventually returned home to prepare for historic elections later in the year. In a positive series of events, plans for a Chinese national park system were announced and Erhai Lake's water quality steadily improved. To celebrate, we went spelunking in Yunnan's southeast and then hiked to the tallest mountain in Yunnan for some epic photo-taking. The end of June brought with it a series of notable events. Kunming celebrated Dragon Boat Festival along with the rest of China, a shrine in the northwest set a Guinness world record and the CSAEXPO was announced as a huge financial success. China's pending climate goals were revealed to cost a staggering amount of cash, causing Yunnan to accidentally eat some very bad meat. We reviewed a very nice guidebook on fabulous Xinjiang and a mushroom hunter pulled a ridiculously sized fungi out of the woods in Pu'er.

Whoa! We were halfway through 2015 before we knew it! Check back soon to see how the final six months of 2015 wrapped up. And happy impending new year from the entire GoKunming team!