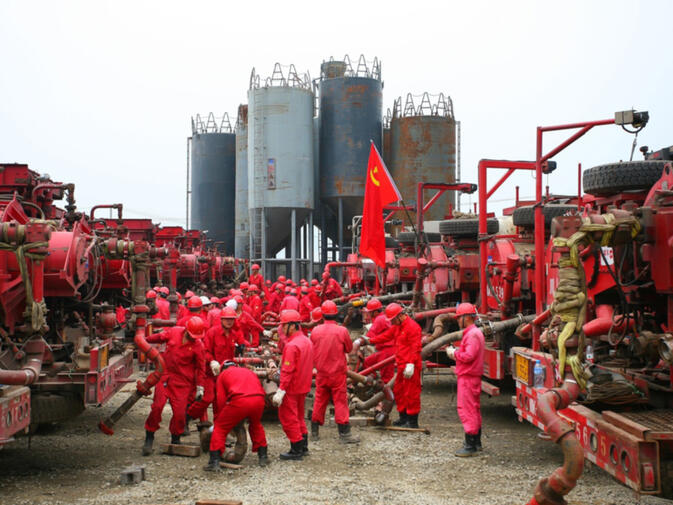 China's relationship with new natural gas extraction methods has seen its ups and downs over the past few years. Expected technological breakthroughs have been slow to materialize. Nonetheless, the country's largest oil producer announced breakthroughs in its Yunnan gas block, perhaps ushering in a new phase in China's stalled shale gas sector.

During his remarks, Liang revealed 26 newly drilled wells in Zhaotong Prefecture have proved more successful than expected. Using horizontal drilling techniques, the wells are now fully operational and together have the capacity to extract 550 million cubic meters of shale gas annually.

Such production is a significant jump for the hydraulic fracturing industry in southwest China. Once viewed as an energy goldmine by Beijing, tapping shale gas deposits in Sichuan and Yunnan has proved particularly tricky. Initial extraction targets set three years ago were cut by more than half in 2014, largely due to cost overruns. Addressing the lingering status of these fears, Liang admitted in his comments, "if domestic natural gas prices continue to fall, there will be problems with cost effectiveness".

Of additional concern is the scientific question of how much the hydraulic fracturing process — also called fracking — contributes to increased seismic activity near drilling sites. Typically, establishing a well involves the construction of a derrick from which pressurized water, sand and a potent cocktail of 'fracking fluids' are injected into the earth. The goal is to break apart the bedrock below, thus releasing natural gas trapped underground.

Industry representatives in China label the Yunnan wells experimental, calling the area near Sichuan's Changning County (长宁县) a "national demonstration zone". Creating stable and productive horizontal wells is a priority, they say, while looking to the upcoming industry trade fair in Chengdu. It is expected companies such as Halliburton and Royal Dutch Shell will attend, offering the latest in hydraulic fracturing technology.

Fracking also uses a lot of water. A scarce resource in Yunnan most years. Does the redirected river go through any of these areas?

Fracking in an earthquake prone region....what could possibly go wrong?

@tigertiger: the hydraulic fracturing sites are all in very far northeast Yunnan. Not near the river syphoning projects.

Only time will tell if there is an increase in earthquakes in this Fracking region. So far, Zhaotong is at the top of the list with 7 earthquakes.

Sichuan's Changning County (长宁县) is located in Yibin at the confluence of the Min and Yangtze Rivers.

Other things being equal, which they are not, I'd prefer to see Halliburton go to hell.

Great. Just what Zhaotong needs! NOT

No mention of poisoning the.ground.water.